Winter in Canada is not for wimps. This year in Ontario the cold and snow have been particularly vicious.  I have received personal reports of unending digging out driveways, cars being completely snowed in, ingloriously having to walk to work, having to start the car half an hour before you want to go shopping, icy sidewalks, and killer squirrels.

Yesterday the adjective “balmy” modified the day’s high of -6C.

Historically, we all know this. Canadian childhoods were spent battling to schools through snowstorms and farm kids showing up whimpering with frozen-white ears. You were dared to put your tongue on the metal of the frozen water pump in the playground and the top layer of skin ripped right off when you pulled away. Everyone laughed. Grit in a barrel with a shovel to help you get your car up the hills on the country roads. Those seasonal sore red rings around your wrists where mittens stopped and before your coat sleeves began. Emptying clumps of hard-packed snow from inside your galoshes. 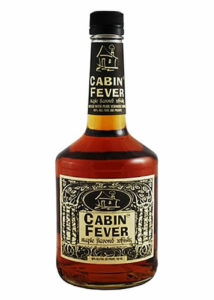 Of course, it could all be mitigated by a sunny blue-sky day and the rhinestone twinkle of the snowscape. A toboggan or a pair of skates. You built snow forts. There was always Christmas, Groundhog Day, Valentine’s Day, and finally the almost-release of Easter.

A lot of time was spent indoors and the days were short. At school you memorized the kings of England and the official flowers of the provinces. With scissors, mucilage, construction paper and doilies you made creations of great beauty. The never-ending patterns of snowflakes.

At home you coloured with wax crayons. You melted your plasticine on the hot air holes from the furnace. Sometimes it melted down the chute and the house smelled like the colour brown. You played blocks and dress-up with the little’uns. You caught measles and chickenpox. You broke your elbow sliding down the banister. You watched TV when allowed…there were Santa Claus Parades and Hockey Nights in Canada.

There used to be people. You went to church and sang in choirs and poured hot toffee onto snow in a bowl and had nosebleeds when you got hit on the face with an ice snowball.  You survived.

Fast forward sixty years to the truckers’ hullaballoo in Ottawa and the exciting wintertime mix of radical politics, sedition, nut-cases, anti-vaxxers, maple-leaf flag-capes, and the True North strong and free. It is wintertime, and Cabin Fever is rife. After two years of social isolation, deaths, and rules in general, skating to work along the Rideau Canal is not cutting it.

We are mesmerized and revolted, but we UNDERSTAND. Instead of walking out naked into a blizzard and dying 2 yards from your own front door (a classic symptom of Cabin Fever), blast your horns! You will be fed and watered. People will supply you with gas to keep your engines running.

We are Canadians, and we are wise to the thrills of winter.