Recovering from a bad attack of “upset stomach” (a small Thai restaurant on the Andaman Sea has perhaps forgotten the recipe for bottled-water-ice-cubes over the past couple of tourist-free years), I was lying prone contemplating what I have come to regard as my personal palm tree.

My medical classification was “comfortable misery”. I was frustrated by losing time (to do what, exactly?) and knew it would be unwise to stroll on the endless empty shell-strewn beach away from my friendly little wooden commode. Too exhausted to read, my thoughts somehow drifted to the white snows of Switzerland, to the Schatzalp, to The Magic Mountain.

Thomas Mann’s novel, written almost exactly 100 years ago, features the genial (and healthy) Hans Castorp who goes to visit his cousin in the Berghof Sanatorium above Davos for three weeks. While there, he is found to have symptoms of TB and stays for the next seven years. During that time the patients and their visitors fill Hans in on the current political, cultural, and philosophical state of a muddled Europe. 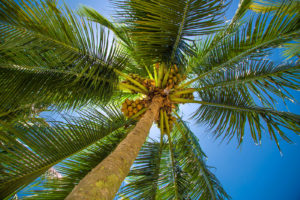 Along with Hans, we the readers are educated, illuminated, bored and mesmerized by the countess, the Jew-Jesuit-Marxist, the scientists and dozens of other characters that people the 700+ pages. I read the novel about half a century ago and my memory of detail is somewhat fuzzy, but I believe that the gist remains firmly intact. The novel is a statement against bourgeois constipation. Escape can be found through illness (or war). In other words, death is a solution.

Time disappears at the Berghof … much like it should on any good vacation. Hans abandons his pocket watch, and at one point forgets his own age. Time become cyclical rather than linear and the day’s activities are the essential measure of temporal importance. There are the rest cures, the temperature-measuring sessions, and the lectures.  One learns how to swaddle oneself in camel hair blankets to be comfortable on the frigid balcony. The inhabitants carry around miniature copies of their lung x-rays in their wallets to show their colleagues. Hypochondria is rife.

The mountain inhabitants are different from the low-landers. Those living down in the valley are normal healthy people, preoccupied with the uncontrollable events of the quotidian. The Berghof population is “talented” and considered special in their contemplation of and insight into higher concepts. They see things in a bright way and do not follow the rules of the valley. They do not have to wear hats! They are allowed to slam doors! They are discouraged from amorous conquest! (as the expending of calories in sexual energy could be detrimental to their cure.)

And so it is under my palm tree. I arrived healthy and am now recovering with a “cure” of bananas and toast.  I am weary. I have discarded my swatch. I show my QR certificates for all matters of health. I swaddle myself in towels and take rest cures in the shade. I apply lotions. I pay attention to the sunset and the singing of cicadas at dawn and dusk.

The hotel manager has brought an arrangement of flowers to the room with her “brightest wishes.” I think the cure is working.

One thought on “The Magic Palm Tree”