Well, it is only the middle of July, and already at least six parties of family and friends have come to spend at least one night here at the Shack. The view is terrific (Mont Blanc on a good day) the temperature is comfortable (as the heat waves squeeze the lowlands), cold drinking water comes from a mountain spring,  and the back stable is filled with delicious, naturally cooled, wine bottles.

However, to ensure smooth days and undisturbed nights there are some basic rules that must be rigorously enforced:

You see, Geneva does not readily agree with solar panels. You have to fight hard and pay. You must be morally deserving.

Every single village in the Canton of Geneva is protected as a historical site—from the entrance sign (often riddled with bullet holes) to the exit sign (often knocked out of kilter by speeding traffic). These Historical Site Villages can include rusty metal machinery hangars, pig pens, modern apartment buildings, waste lots filled with derelict buildings and vehicles. They are all strenuously protected by the Geneva Department of Monuments. 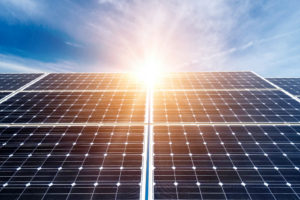 These civil servants take their jobs very seriously, and are adamant that solar panels are aesthetically evil. A pig pen with a rusty tin roof is considered much more pleasing to the eye than a pig pen with solar panels fitted to it. This is historically correct, as the Romans, when they made Geneva a civitas brought with them smelly fish paste, vines, and the know-how to make clay roof tiles. They introduced browny-coloured roofs, and, unfortunately, hadn’t thought of solar panels.

I exaggerate, of course. IF the solar panels cannot be seen by ANYONE, then they are allowed. The people who can be offended by solar-panel roofs include the frontaliers whizzing past from their French residences, living pedestrians and cyclists, and any neighbours—either real or future/potential.

If, for example, we had wanted to put solar panels on the north-east roof of the garage where there is about 5 minutes of weak sunshine on a good day, then that would have been just fine. Cows’ aesthetic rights are not taken into consideration at the moment.

Two different Geneva courts have made the trip from their well-heated cantonal offices in the Old Town of Geneva to our countryside village to judge our solar panel suitability. It’s a bit like adopting a child.

The first time there was a convoy of three cars on bitter cold day in January. Everyone quickly developed red dripping noses and bad attitudes. I got snapped at and asked why-the-heck I would actually WANT solar panels. The insinuation was of subjecting everyone to a greeny attention-grabbing caprice.

The second time was just last week. There were leaves on the walnut tree, and from the middle of the sidewalk-less road, with cars rushing to and fro, there was not a sliver of the roof in sight.

The appeals court – a different crowd – was more jovial in the summer sunshine as they moved from comfortable shade to sweaty sun. Perhaps they finally got it. Anyway, we have high hopes for our roof and the power of the sun.