Sheer dogged determination and pure pig-headedness was the only thing that got us solar panels on our roof. And I am pleased to report they work. The energy that we don’t use on sunny days gets sold to the Geneva Industrial Services Department (the SIG) and they pay us what they can afford (the night-time electricity rate). This has now happened two or three times and I am soon going to have enough money to buy a new pair of shoes.

The installation cost us more than five years of time and about 40,000 Swiss francs. We happily paid more for French-made panels and, most deviously, Chinese ones were installed instead…but that’s another story. I do, by the way, apologize for leaving you all hanging with my blog of July 2, 2018 entitled Geneva Solar Panels (almost) Verboten!

The physical installation happened in the spring of 2019 and a team of nice young men fixed 42 panels on four different roof surfaces. To beautify our installation, the red tiles peeping out around the edges had to be painted with black tar (a condition of permission being granted.) 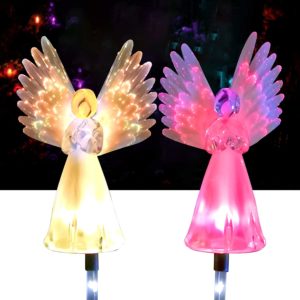 I realized the amplitude of the embarrassment involved in this story the other evening when long-lost friends were treated to the tale.  And here’s the whole shameful story in a nutshell:

We first applied for cantonal permission to install solar panels in 2015. The request was turned down as all villages in the Geneva countryside are “protected”. That means that inside the village boundaries ugly solar panels are considered an aesthetic eyesore and are simply forbidden unless they are hidden.

To enforce this rule, there is the Geneva Solar Panel Police. They are also called the Department of Monuments. One of the many other rules against solar panels, is that they must NOT be visible from a cantonal road. So we had two strikes against us from the very start—we are just inside the village limits and the busy road out front belongs to the canton.

Our chosen installation company was eager to help us get permission and promised assistance—a word in a local politician’s ear, for example—and waiting for “the time to be right” (i.e., the Swiss vote against any future nuclear power installations). This dragged on for almost two years.

Fed up with lethargy, we took the initiative to formally ask the first of the Geneva Tribunal (Appeals Court) to grant us an exception to the rule. The fee was 750 francs and our home-made “dossier” featured plans and diagrams and our eager production possibilities. Our humble non-historic house was proven to be in a totally discreet location and several pertinent precedents were cited.

On a cold January day, the Geneva Court (a group of eight including a judge) came to the village. They examined the site. They looked from the cantonal road to the roof and were almost all run over by the French frontaliers speeding home from work. They heard the army grenades exploding over in the bird sanctuary, they took note of the location under the approach to Geneva Airport. I was sarcastically asked why on earth I wanted solar panels anyway, as I was obviously a complete waste of time.

They turned down our request.

We sent the dossier out again to the second Geneva Tribunal. We paid another 750 francs. This was considered an act of idiotic throwing money away by almost everyone we knew. The second court traditionally backed up the first. After these two courts, the next step would be the Federal Swiss court which required real lawyers and more money than any honest person could possibly pay.

Not this time, baby. The judge wrote a scathing condemnation of the decision and its administrative errors and omissions. We were repaid our 1,500 francs. We were finally granted permission to install solar panels on our roof.

And so here we are. The 26th climate conference is now over, and deep climate depression is setting in.

Switzerland as a country can do much more about solar energy and should do it with civil grace and common sense. Even a little house in the Geneva countryside can help.

The Monument People should go back to figuring out what a real monument is, and then fighting to the death to defend it. And all the rest of us should become Angels who do NOT fear to tread in the mine-strewn world of Geneva’s solar energy.

We bought our house in the Geneva countryside sixteen years ago, and all our Swiss friends complimented us on our big and roomy bomb shelter. We use it to store little-used items such as Christmas decorations, antique computers, boxes of old slides, wooden tennis racquets, and decades of income tax returns. A freezer and a beer fridge both hum away happily, and there are still a couple of mystery boxes that haven’t been unpacked.

Starting at the height of the cold war in the 1960s, every private house built had to have its own officially-approved shelter – a thick-walled room with a mysterious contraption in one corner. This legal obligation was phased out about ten years ago.

However, back in October 2010 we were seriously alarmed when an official letter arrived, announcing The Official Bomb Shelter Visit. Suddenly faced with two pages of rules and diagrams (article 28 of the Civil Protection Ordinances) involving the verification and functionality of the air intake system, the anti-explosion valve, the pre-filter, the reducer, the blocking mechanism, the lead rings, the gas filter, and the condensed-water recipient we were flummoxed.

The crank was nowhere to be found. The dog was a prime suspect. 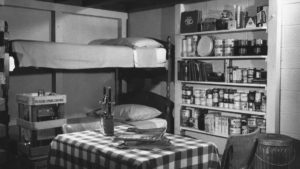 When the big day finally came, the inspectors tried to catch us out and arrived two hours before schedule. They were from the Swiss Civil Protection Force and wearing clean and sharply pressed brown and orange boiler suits. From a clipboard, they handed me a 10-page brochure on “Helpful Bomb Shelter Tips” and my heart sank.

Colleagues had told me that a drink, or even a bottle of wine, might be a friendly gesture to grease the inspection wheels. However, as my inspectors were of obviously non-Swiss cultural origin, this plan was relegated to a last resort.

Down the dusty, dog-haired steps to the basement, my inspectors trotted behind me and I heard a sigh—was it of contentment?—when we got to the massive door and they stepped inside and pulled it shut.

Miraculously, having done nothing, we passed the inspection. As they left the inspectors called out cheerily that they would be back in five years.

As the inspection day trauma gradually faded, retirement and travel and grandchildren happily filled in life’s cracks and the bomb shelter reverted to its friendly functions of storing swim fins and snorkels and mosquito nets and old toys. Until last week.

On November 10th, 2021 an official letter arrived. It cited Article 81 (sic) of the Civil Protection Ordinances and an inspection is imminent.  It stresses that the site has to be prepared, and the elements accessible and “manipulable”.  There are pages of cut-away drawings and a list of checks that should have been carried out every 12 months.

A new element has been introduced: the “emergency escape.”  It has to be functional and I have a horrible feeling that this involves the grill where a 10-ton flower pot is now standing with a huge tree growing inside it.

Off now down to the bomb shelter for a cold glass of “last resort”.  I will let you know how this all pans out.