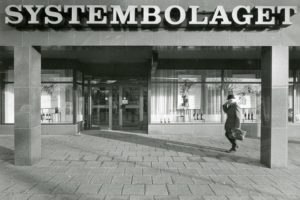 Well, the true luxury of having a season ticket to a classical concert series at Victoria Hall, is that if you are not in the mood you do not have to go. Those two hard little chairs with the fat lady’s knees wiggling into your back simply remain noble, empty and silent.

And we have learned that if you have the slightest of coughs or colds you really should not go. We were present some years back when Sir John Eliot Gardiner stopped his musicians, turned around, spotted the white-haired old dear who was hopelessly hacking into her handkerchief, and told her that, for the good of everyone involved, she should leave at once. The tapping of her solitary little shoes in a dead-silent concert hall still rings in my ears.

Of course, you have to deal with your own guilt and lack of moral purpose, but that is a deeper issue that possibly needs professional help.

However, yesterday evening, we were primed for the very last concert—an A+ production by the Vienna Philharmonic. Very last concerts are also extremely satisfactory, as you can wish everyone a nice summer and breathe a sigh of relief that you don’t have to deal with those clowns or Dvorak for the next few months. 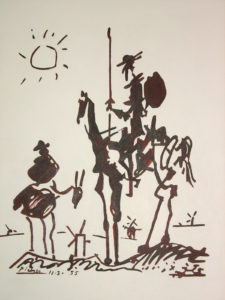 The program looked not too exhausting (only 75 minutes) and Strauss was featured. Don Quixote was the first set and having seen the Stratford production of The Man of La Mancha recently, I was wondering if I could hum along with Richard’s Opus 35 variations. The second bit was A Hero’s Life which also sounded somewhat familiar after a weekend baby-sitting stint with a hale and healthy 2-year-old.

As we were a little early, we sat on a park bench in front of a bronze reclining lady fountain at Planpalais. We noted the groups of people coming and going as the pigeons swooped over our heads. We commented on the diversity of the Geneva population and the lovely breeze swooping down on us from the Salève.

We got to Victoria Hall at 7:50, and there was no crowd bubbling in the foyer. The concert had, exceptionally, begun at 6 pm and was just finishing. The nice young man was very sorry.

Fighting windmills, we drove back home.

Any visit to Stratford (the REAL one in Ontario, Canada) and you are constantly star-struck.

It already begins on the Toronto flight with the hockey players. They used to be the nice young men sitting in the slum-class seats with their knees up around their shiny ears. They were giant, keyed-up and chattily practising their Swedish-English before hopefully hitting the lucky interview and a place in the NHL.

Now they are the former hockey players and coaches—still keyed-up and searching for North American talent to bring back to Europe. The last one I met was the general manager for the Ingolstadt Hockey Club. He seemed to be interested when I told him that Ingolstadt was where Victor Frankenstein, of Geneva, fashioned his now-famous creature. He said he would check it out, but gave me the tip that big bruiser players were no longer fashionable and miniature mosquito-type midgets were currently in vogue.

After landing, there is the exciting drive in the Parcel Bus that delivers you to your door. Actually, it delivers you to many, many doors before the one you want. The drivers are usually spry octogenarians and with their lack of hearing and canny survival instincts they are the true masters of the jam-packed 40l highway. 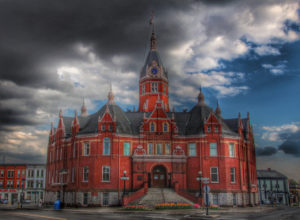 Arriving at my sister’s house—famous for its old and wicked beauty—you still cannot escape the clutches of fame. For example, she has fed Justin Bieber cookies which he has eaten with his own true teeth and swallowed down his very own Justin Bieber gullet.

Yes. This is a true fact. Stratford is Justin’s home town, and whenever his mother comes to visit, she jams with my nephew.  My niece’s daughter is lobbying hard for Justin to animate her next birthday party when she will turn 7.  Obviously, we are practically related to Justin Bieber.

Then there are the actors, the writers, the singers. The Stratford Festival theatre season runs for about 6 months, and after seeing the magnificent world-class plays, you can often catch a glimpse of Hamlet buying cornflakes at the supermarket, or My Fair Lady playing with her kid in the sandpit at the playground.

Summertime also includes outdoor cultural activities with art, music, and animation on the Avon Lake which, Mariposa Belle-style, is only a few inches deep. Picnicking on the edge one summer a rather rambunctious member of our party screamed at a packed raft floating past “Sing! Goddamnit sing!” Turns out they were members of an old folks home (or, perhaps, Parcel Bus drivers) being taken on an airing.

Even the local church is quite notorious. Last summer there was quite a scandal when thieves stole plants from their mixed border.  And at their jumble sale just a few weeks ago, I purchased a set of famous grapefruit spoons from the estate of a deceased famous person.  Upon enquiry, it seems the person is still alive.

Identity—mistaken and otherwise—is the very soul of Stratford’s star-struck life.