Well, it started in November when the annual automobile tax bills rudely landed in the letterbox here in the Geneva countryside. The two cars, the vintage motorbike, and the trailer each got nailed, as usual…but this time there was a new additional twist. These four objects also needed individual pollution stickers to show the level of their physical filthiness and moral reprehensibility.

Each sticker is supposed to be purchased (5 Swiss francs), and they are colour-coded to show polluting emissions. The green sticker is the best and reserved for electric and hydrogen cars. Next in line is the purple ones for gas or hybrid cars. After that things descend into normal petrol or smelly diesel (yellow, orange, red and grey – much like judo belts) and it gets very very murky indeed in the world of Old Bangers. 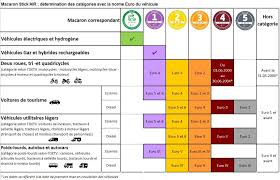 All this extraneous and amusing paperwork was consigned to the end-of-the-year recycling basket and the affair was mentally classed as completely caduc–null and void. I mean, the trailer doesn’t even have an ENGINE and, frankly, I can’t see the reason for anyone pushing it into downtown Geneva on a smoggy day.

In all of Switzerland there is a long tradition of identifying the amusing Geneva political blooper called a Genferei. (http://www.genferei.org).  It is complex and multi-faceted concept concerning a Geneva government act or proposal that does not work out. The best ones have certain admirable qualities.

According to the official website, there are four sorts of Genferei:

From what I can see, sitting in front of my Geneva Car Circulation Permit and my explanatory letter from the Geneva government concerning the new pollution stickers, this anti-pollution plan meets ALL of the above criteria.

Just as a matter of fact, the Geneva police department won the Genferei Prize in 2018.

The competition out there is crippling.