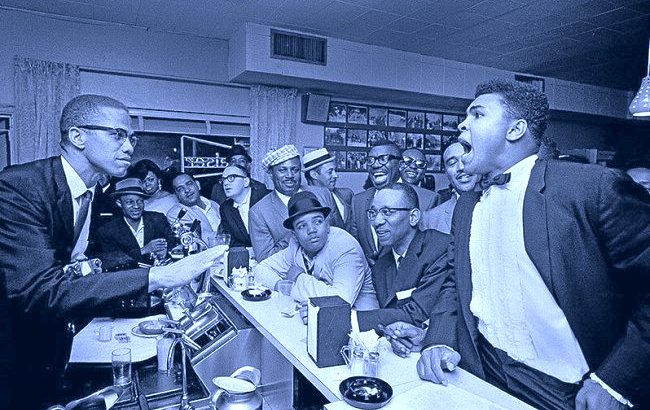 The publication in September 2017 – in the Third World Quarterly of all places – of an academic article making an explicit and unambiguous case for colonialism should not have come as a surprise. Above and beyond the article’s factual inaccuracies and in spite of its subsequent formal withdrawal, and the resignations and  discussions it has triggered, the unapologetic emergence of such reasoning is an important sign of the times as well as an indicator of the ongoing ‘back to the future’ evolution of contemporary international relations.

Well before this article called for a reconsideration of colonialism and its allegedly benign ways, argued to be an experience “objectively beneficial and subjectively legitimate in most of the places where it was found”, and a reappraisal of its effects, argued to be “better governance than the indigenous alternative”, the path had been undertaken towards a re-introduction of such a line of thought. If, in 1988, le devoir d’ingérence was not so straightforwardly dispossessive (given its protective mission) and if its humanitarian drive was admittedly more than a cloak, the materialization of that concept near-simultaneously with the end of the Cold War was nonetheless indicative of a moment where the gaze on the South was re-opened for debate and military action soon to follow with a series of interventions. In the original article ‘The End of History’ published by The National Interest in the summer of 1989, Francis Fukuyama had written – in the name of a universalizing ideology… – that “For our purposes, it matters very little what strange thoughts occur to people in Albania or Burkina Faso, for we are interested in what one could in some sense call the common ideological heritage of mankind”. Four years later, in a self-explanatorily titled essay in The New York Times Magazine, “Colonialism’s Back and Not A Moment Too Soon”, Paul Johnson heralded the current calls for recolonization stating that “There simply is no alternative in nations where governments have crumbled and the most basic conditions for civilized life have disappeared.” And in the aftermath of 9/11, Paul Johnson again comes back to offer a solution in an essay, this time in The Wall Street Journal, pithily dubbed “The Answer to Terrorism? Colonialism”.

Over the past fifteen years, we have failed to see the steady cementing and insidious democratizing of such a mindset. With each new terrorism incident in the Middle East, armed conflict in Sub-Saharan Africa or humanitarian crisis south of the Mediterranean, rationalization of disciplining these ‘savage’ lands increased, actors voicing them gained political footing and opposition to the once-unsayable remained weak, peripheral or altogether absent. At a time when, today, mere facts have become disputed, ‘rethinking of the past’ and use of ‘realistic measures’ and ‘data’ to gauge what colonialism really was must be identified for what they are, namely but proto-intellectual artifices allowing for an actual misrepresentation of a known, unforgettable and indeed unspinnable history. So let us restate that indelible history of colonialism: industrial scale violence, extermination, mass killing, brutal massacre, organized theft, systemic rape, pain and suffering for millions of people across continents.

The debrutalisation of colonialism partakes of a current logic of imagining of new ways of dispossession. The invisibility of these new ways logically invites a repackaging of history to the point indeed that an event of the magnitude of colonialism can be represented in such eminently de-historicized ways. ‘Forgetting’, ‘moving beyond’, ‘re-contextualizing’, ‘seeing the benefits of’ and indeed reconsidering the pressure that colonialism (and current migration) has had on developed nations are features of a strategic, blaming-the-victim dépassement meant not so much to treat wounds but, as it were, open the way to re-codified patterns of asymmetrical interaction. As a number of industrialized societies have come to continuously experience a lasting economic crisis, which plateaued since the late 1990s and deepened ten years later, the corollary social crisis they witnessed has by now – another decade later – spelled, in widening populist circles, explicit choices calling for a divorce from the norms and global standards that had been introduced or pursued more vigorously in the wake of the Cold War (human rights, democratization, good governance and human security).

This is our current early twentieth century history, the one that will be examined fifty years from now. In effect, the moment the illegal and illegitimate 2003 invasion of Iraq and its crimes were tolerated by the same international community that invaded Ivory Coast for an electoral dispute and that the practice of extraterritorial drone killing was born as a non-debate, we stepped into a new phase where the drivers of colonial force could in time be reintroduced. International affairs are thus in effect at this key juncture. They stand at the crossroads of a dynamic scene in which the repositioning of major powers in the United States and in Russia towards authoritarian dynamics at home and abroad are but single features amidst many uncertainties including now such calls for the return of colonialism.

And so, beyond recent calls for decolonizing international relations, decolonizing law and decolonizing war, the critique logic and the emancipation one of post-colonialism are therefore no longer sufficient. The current neo-fascistic tendencies observed across the globe and the deepening of an unrestrained usage of force necessitates not merely wits in the face of ethical trickery but the formulation of a contra logic that aims at preventing the return to a history that allowed for colonialism to be seen as a positive thing. What Aimé Césaire, Frantz Fanon , Albert Memmi and Edward Said had identified as a process of alienation and dispossession in the South (and in the North) must be updated with a sort of post-post-colonialism that moves beyond denunciation towards an intellectually-empowering and agency-driven counter-colonialism. Calls by Achille Mbembe to come out of the ‘great night’ and by Hamid Dabashi to re-own knowledge were the necessary anti-chamber for a historical phase that is now upon us with far more urgency. For colonialism and decolonization are increasingly looking not so much as a linear story that eroded inevitably in the face of ethical epiphanies in the 1950s but as a potentially cyclical seductive narrative that necessitates our ability to see and name the new forms it may take to keep it at bay.