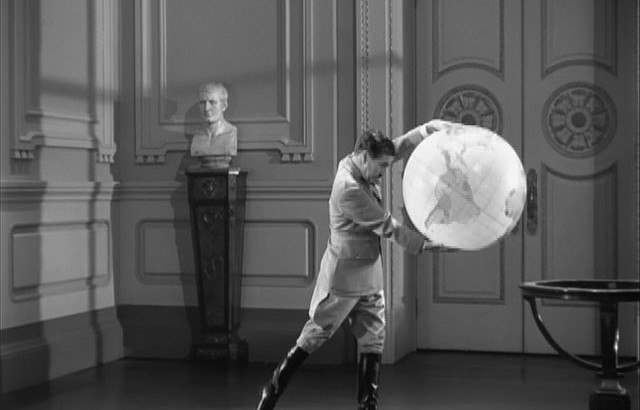 “To sin by silence, when we should protest, makes cowards of men” wrote Ella Wheeler Wilcox in her poem ‘Protest’ (not US President Abraham Lincoln as President Dwight Eisenhower credited him erroneously in a speech in 1950). Moral cowardice is back in our midst – did it ever go away? – and once again it is enabling societal drift into institutional racism, and in this case deeper society-wide cultural tensions between the West and Islam. Close to fifteen years after that epoch-defining 9/11 moment, there has objectively been little progress in addressing the issues that led to that situation. Introspection painted as excuse and kept at bay, every step of the way we have witnessed a descent into ever more intolerant, radical, and violent responses to… intolerance, radicalism, and violence. Every new situation – from the invasion of Iraq in March 2003 to the attacks in Brussels in March 2016 – fed the next step in a spiraling ladder of hate and ignorance.

The complex political underpinnings of the consequences of Western military interventionism in Muslim countries interwoven with the rise of a new generation of armed groups in those lands bent on attacking the West on its soil and the conflictuality born out of such historical interface have been cast aside. Instead, responses focused on identity have been privileged, and the link (il)logically made to the larger populations on both sides. As a result, the goalpost of the unacceptable vis-à-vis the other, now guilty by association, has been regularly pushed back.

The cartoons crisis in 2006 and the 2013 one following the online release of an anti-Islamic film were harbingers of this evolution, at the end of which a milestone of sorts was reached when a lead presidential candidate in the United States announced in December 2015 his plans to ban the 1.6 billion Muslims from entering his country should he be elected, and had, the next month, a Muslim woman silently protesting ejected from a political rally – under thunderous applause and cheer, a quickly forgotten scene reminiscent of Orwellian imagery. Surely, “it can’t happen here” surmised Sinclair Lewis in his 1935 novel whose cautionary tale on authoritarianism may well come to pass as a self-fulfilling prophecy. Similarly, in June 2013, a New York Times editorial entitled “Déjà vu” discussed the political void in France (read Europe now) being familiarly filled by anger and frustration, as it did seventy years ago, noting that “darker forces are also stirring”.

The unexamined mainstay of such latter-day dystrophy is fundamentally that the democratization of the current hatred against Islam is the by-product of leaderships that have flirted with racism pronouncements and intellectuals that have rationalized their bias. In providing the politico-cultural framework to the unsayable and the undoable, fearmongering politicians (separating Christian migrants from Muslim ones, as did a Hungarian mayor), intellectuals (inviting people to not be afraid to be considered Islamophobe, as did a French historian), and journalists (excusing the barring of Muslim family bound to Disneyland from boarding a plane in the UK, as did a CNN financial news anchor) have demonstrably helped fuel this normalization of discrimination which continues to worsen palpably.

A veiled Muslim woman pushed in front of an incoming train at Piccadilly Circus in November 2015; another one beaten up by a man at a crossroads at Willbroek, Belgium in March 2016, who was then joined by three other men who stepped out of their cars not to stop him but to further attack the woman while one of them made the Nazi salute; a Muslim family kicked off a flight in Chicago for asking for an extra seatbelt for their infant;  the plethora of increasing racial and religious profiling episodes against Arabs and Muslims has been playing out revealingly. A 582-page report released on March 24, 2016 by the Foundation for Political, Economic, and Social Research (SETA) documents the spectacular surge of Islamophobic activities in 25 European Union countries.

It is then no wonder that hours after the March 2016 Brussels terrorist attacks, a #stopislam hashtag started trending. Vigilantism à la Pegida (Patriotic Europeans against the Islamization of Europe) invariably dresses itself as self-justifying, we-have-had-it reaction when in fact it provokes the very trouble it seeks to remove by establishing false associations. That we have by now reached the level of the materialization of a movement calling for the ending of a religion (e.g., #stopchristianity, #stopjudaism) should give us pause as a sign of the intolerance and irrationality of our times.

The skyrocketing of Islamophobia is not, however, merely scapegoating in the face of the 2008 financial crisis, the ill-advised incessant military adventurism abroad and its boomerang effects, or the fears of migration phenomena. There is something else playing out here, both old and new. The contemporary patsyfication of the Muslim speaks to a deeper phenomenon, one that is at once directly echoing Europe’s totalitarian episodes of the 1930s and the newfound contradictory pronouncements against parts of its by-now-mixed population reduced to their identity.  In her 1919 poem, Wilcox decried “the lawlessness of wealth-protecting laws” that enable the perpetuation of injustice, ignorance, and lust. The tolerance of intolerance is precisely a lawlessness that invariably proceeds against the background of societal acceptance of it – and here ignorance is hardly bliss.