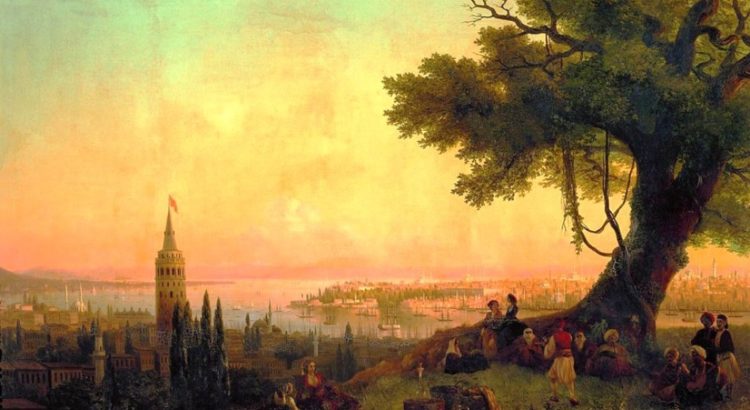 On October 27, 2018, Turkish President Recep Tayyip Erdoğan hosted President Vladimir Putin, German Chancellor Angela Merkel, and French President Macron. The occasion was an unremarkable umpteenth special summit on Syria. Appearances were, however, deceiving. For seldom had a seemingly banal diplomatic encounter embodied so many larger signs of the times in recent Middle Eastern history. That both Russian and German leaders had been a mere year ago at odds with the Turkish president, enmeshed in respective nasty crises and committed to punishing Turkey, only to find themselves just about summoned to Ankara by their foe was extraordinary in and of itself. In a striking reversal of fortune, here they were both sitting as ‘collaborative guests’, so to speak, of a President Erdoğan in full neo-Ottoman effect.

What, secondarily, was equally extraordinary was that this was a head of state who, two summers ago, was minutes away from being forcefully driven out of office – awol for several hours – by an ultimately-failed coup led by his own military forces. To be certain, Turkey had known five such coups since Kemal Atatürk’s era ended in 1938, with the army regularly stepping into politics until the late 1990s. The failure of that latest attempt was due not merely to a plan gone awry or the ability of the target to elude those seeking to unseat him, but more so to Turkey’s society spontaneous – however divided and in significant quarters resentful – decision to turn the page of such military changes. Never recognized as such in Western media single-thematically focused on Erdoğan (Islamic) figure and his authoritarianism, this was, for all intents and purposes, a de facto sign of Turkey’s democratic coming-of-age.

Neither, however, Erdoğan’s power move summoning of Putin and Merkel nor that de facto authoritative ending of a seventy-year old army tradition were the tell-tale sign of the October 27 Ankara meeting. What was crucially important about that gathering is that it took place at the height of the Jamal Khashoggi affair; a matter handled deftly and shrewdly by an Erdoğan proceeding much like Lieutenant Columbo, as Hamid Dabashi insightfully put it. The deeper meaning was elsewhere: in calling for such a meeting and making it happen the way it did, Erdoğan was in effect confirming a regional power displacement.

For once, in current affairs that are too often about the photo op, the optics were less important than the subtext.

Let there be no doubt: Turkey is now the leader of the Middle East, or at least in pole position for the time being. Saudi Arabia has been dethroned – principally by its own making in cavalierly shedding decades of stability (however conservative and sterile) and indulging Mohammad Bin Salman’s shenanigans and covering his crimes, in Istanbul for that matter. Iran is too questioned regionally and has gone back to being controversial internationally, as well as increasingly fragile domestically with repeated terrorist attacks on its soil (a rarity until recently), to claim a top spot it has always coveted but could never fully reach. The rest are a supporting cast jockeying for position, with Qatar, whom Turkey had assisted when Saudi Arabia led an overnight embargo against Doha in 2017, an indirect winner of the current sea change, and Abdelfattah al Sisi’s Egypt a loser which can probably lose more in the next phase as its sponsor Saudi Arabia turns inward to fix a crisis of historical proportions.

Recep Tayyip Erdoğan has always been a complex and divisive figure. For the West, irremediably unable to accept an independent, democratically-elected Muslim leader. For the Middle East and North Africa, shunning Erdogan’s paternalistic ways, notably in the wake of the Arab Spring when he unsuccessfully toured the then-thought-to-be new democracies to roadshow “the Turkish model” – before returning to find a Taksim Square following in the footsteps of a Tahrir Square. For his population, in majority voting for him repeatedly but a country nonetheless deeply uneasy as to the man’s increasingly despotic rule – Turkey, a nation wooed by the engineering of a return to a certain greatness underwritten by spectacular economic success but a people too vested in historical matters to swallow unquestionably neo-dynastic ways. On the fateful night of the failed August 2016 coup, the pendulum swung in favor of going along what had been achieved since the late 1990s – and probably not so much for Erdoğan sake but rather for a cementing of ‘the new Turkey’ whatever that is and whoever leads it.