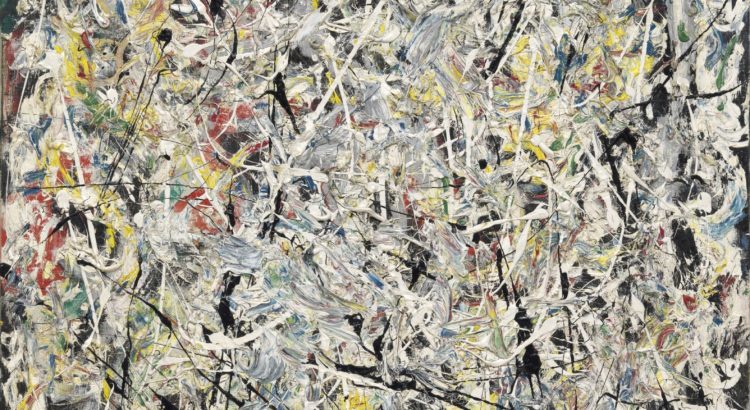 Terrorism at the hands of white supremacists has been treated differently than any other forms of terrorism. This historical trend has become widespread in the 2000s and 2010s. Media outlets, national governments, international organizations, scholars and researchers have in their vast majority consistently dealt with this type of terrorism in ways that were strikingly at variance with the terminology, policies, and analyses put forth to represent other terrorisms, notably radical Islamist terrorism.

If the August 3 and 4, 2019 terrorist attacks in El Paso, Texas and Dayton, Ohio in the United States have shown how untenable such bias has now become, and if more and more voices are coming forth to denounce this representational asymmetry and to call for political and societal remedies to the situation, the problem is deeper as it has been indulged for far too long. In many ways and for many, the current epiphany – embodied in an August 4 New York Times editorial, soon enough contradicted by angled coverage of President Donald Trump’s statements on the recent attacks, as US Representative Alexandria Ocasio-Cortez aptly noted – is too little too late. It is so because terrorism has been the single most important security question over the past two decades and, consequently, one of its major manifestations cannot be disingenuously misrepresented as either gun violence or mental health issues.

White supremacist terrorism or white nationalist terrorism (in the larger constellation of the “white power movement”, as Kathleen Belew examines it in her 2018 book Bring the War Home: The White Power Movement and Paramilitary America) has been the dominant form of terrorism in the United States over the past ten years.

Since 2009 – while public attention was near-exclusively focused on Al Qaeda’s and the Islamic State’s terrorism – close to 75% of the terrorist attacks in that country were committed by white supremacists. Similarly, White supremacist or right-wing terrorism is also the fastest growing type of terrorism globally. In 2017, out of 65 attacks round the world, 37 (that is 56.9 per cent) were committed at the hands of racist, Islamophobic, anti-Semitic, or neo-fascist attackers. The trend continued in 2018 as that year was the fourth deadliest on record for domestic extremist-related killings in the United States since 1970, with the murders overwhelmingly linked to right-wing extremists. And in 2019, FBI director Christopher Wray told the US Congress that most of the domestic terrorism arrests made so far this year have been associated with white supremacy.

As the evidence piled up, most news media conspicuously refrained from representing the violence as terrorism, policymakers did the same and terrorism researchers minimally examined the problem – overwhelmingly devoting their resources to the manifestation of radical Islamist terrorism.

Particularly consequential has been the resistance by most news media organizations to depict white supremacist terrorist attacks as precisely that. Time and again, including in the recent cases of El Paso and Dayton, the terror is referred to as “shooting” and the terrorist as “shooter”. This was so notably in the cases of the attacks in Charleston, South Carolina on June 17, 2015; Finsbury Park, London on June 19, 2017; Charlottesville, Virginia on August 12, 2017; Las Vegas, Nevada on October 1, 2017; Pittsburgh, Pennsylvania on October 27, 2018; Sutherland Springs, Texas on November 5, 2017; and Christchurch, New Zealand on March 15, 2019.

Whether against Muslims, African-Americans, Jews, or counter-protestors to a neo-Nazi march, these attacks were all factually terroristic in nature, not simply shootings or car-rammings. For all the debate about the definition of terrorism and the political subjectivity attached to it, these actions matched clinically the core elements of what terrorism is; specifically they were violent unlawful acts conducted illegitimately and indiscriminately against a non-combatant population with a view to further the advancement of a political, religious, or ideological goal by creating a psychological climate of fear beyond the physical limitations of the original act of violence.

And yet in London, the BBC initially referred to the Finsbury Park terrorist attack by Darren Osborn as a “collision” (in contrast to the same terrorist car-ploughing modus operandi used earlier in Nice, France on July 14, 2016), as did most other international media outlets. Policymaking tagged along. In Charlottesville, the terrorist James Fields was initially charged with one “hit-and-run count”. In Charleston, then-FBI director James Comey chose to not refer to the rampage as a terrorist attack. In the same vein – terrorism being also about attacks on property – the White House refused to call a terrorist incident the January 2-February 11, 2016 armed occupation of the Malheur National Wildlife Refuge in Harney County, Oregon by the Sovereign Citizen Movement militia.

Besides the shortcoming due to the widespread predisposition to readily see white supremacist terrorism differently than other terrorism, there is here the additional, outsized, and crucial factor of the litany of racist statements by US President Donald Trump which have been seized on by white supremacists to further their political agenda. Brenton Tarrant, who killed fifty-one people in the Christchurch attacks against two mosques, hailed President Trump as “a symbol of renewed white identity and common purpose”. Patrick Crusius, who killed nineteen people in the Cielo Vista Mall in El Paso, Texas, was an ardent supporter of Trump and his ideas against immigrants. The two communities targeted by the terrorists, Muslims and Latinos, had been repeatedly and explicitly vilified by President Trump.

The sum total of this problematic double-standard is that, whether unwittingly or wittingly, what can analogously be termed the ‘white privilegisation’ of white supremacist terrorism corresponds to a form of racism. In effect, the invisibilization of white supremacist terrorism is the combined result of the mainstream news media euphemizing the terror (invariably terming it a “shooting” or “incident”), politicians reflexively speaking of “mentally-disturbed” individuals when the terrorist is not brown or black, officialdom failing to prosecute right-wing terrorism under the relevant anti-terrorism laws (whereas anti-terrorism laws have been strengthened and expanded in most countries since 9/11), and researchers failing to properly decipher the contemporaneously-cementing patterns of neo-KKK, neo-Nazi, and neo-fascist terrorism.

Incessantly talking only radical Islamist violence, terrorism experts failed to contextualize the historical lineage of this other violence going back to the attacks by Anders Breivik in July 2011 in Norway – who bombed a government building before proceeding to a youth camp to kill 77 people –; Timothy McVeigh and Terry Nichols who truck-bombed the FBI offices in Oklahoma City in April 1995 killing 168 people; the assassination of the Denver, Colorado Jewish talk show host Alan Berg in June 1984 by members of the white nationalist group The Order, or indeed much earlier another form of terrorism that is never called thus, the racial terror lynching from the 1870s to the 1950s.