I almost didn’t make it to Japan. The Geneva countryside holds many surprises–not all of them pleasant.

If you ever are approached by a man suddenly running, then crouching, behind your car breathlessly explaining that he has seen flames shooting out the back of it, don’t believe him for a minute. He is a crook and wants to steal your car, your handbag, and your groceries. He has an evil friend hiding in the bushes. You and your car and your pork chops are all dead ducks.

However, last Saturday, I DID believe him. I grew up watching Cannonball, 12 O’Clock High, Combat! and Highway Patrol. Despite (or because of) extremely restricted TV-time I have retained much crucial information. Based on realistic action TV and Gerry movies in my formative years, I still seriously believe in spontaneously exploding cars, trucks, helicopters and airplan 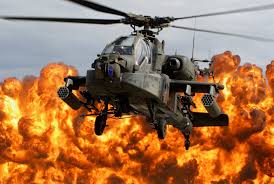 I believe in fireballs.

When the man urged me to get back into my car and turn on the ignition while he fixed the problem of the alarming dangling wires, I point-blank refused.

When he insisted that I get some water for him to throw on the smouldering ashes of the car’s undersides, I knew that this was wrong. One needs foam, sand, perhaps a fire-blanket or a thick leather bomber jacket. Not water.

So, secure in my ancient knowledge of 1960s television I held firm. I got my purse, I locked the car, and told the near-hysterical man that I was phoning the Swiss Touring Club, and he’d better get away if he didn’t want to be melted into a red-hot puddle in the middle of the road.

Turns out, this was a well-known sting operation. Lone women pulling into countryside drives are targeted. Lone women in parking lots are targeted. A mechanical problem involving drama and confusion is created. Dangling wires are attached. If all goes well for the villain, the car key is placed in the ignition. The panic-stricken lady runs off to get some water from somewhere. A car and credit cards and a sack of groceries are lost forever.

But, girls, do not fear. Forewarned is forearmed. Snap a photo of the villain as he supposedly fiddles with your car. Lock yourself in and call the cops at 117. If he gets too close grab a finger and snap it back. Run in circles, scream and shout. Be brave. If worse comes to worse, slap him with a pork chop.

Be a red-hot grand-mother warrior.