I’ve just been to a Singapore dentist. I sure hope my Geneva dentist is not reading this as I’m hoping to surprise and impress him with my new improved tooth-brushing techniques.

Anyway, it wasn’t my fault that I ended up in a totally foreign dental chair; others are entirely to blame.

The first seed was germinated by a Malaysian friend of a friend who airily declared some years back that she always goes to Singapore to have her teeth seen to. I found this quite sophisticated—a bit like flying to New York for the weekend to go to the opera, getting over to the camel auction in Abu Dhabi, or attending the fall ice-cream weekend in Palermo.

Then there’s my husband who travels regularly and hasn’t seen a Geneva dentist for decades – Bangkok is his normal root-canal/scraping and polishing destination-of-choice; but when in Singapore…

Then there’s my “new” dentist himself, who, after my former (real) one retired, declared that all my nice shiny silver fillings needed to be changed into boring white ones.

What’s a girl to do? 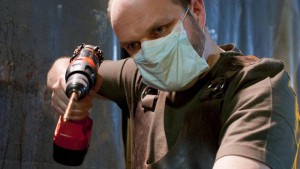 Let me be perfectly clear about this. I hate dentists. I hate the smell, the gloves, the mirrors, the chair, the little metal picks, the drill, the needle, the blue mouth rinse, the blue flame, the bib, the essence of cloves, the x-rays, the spit extractor, the grand-father clock in the waiting room. All of it. No. That’s not true: there is the excellent bit of actually staggering out – light-headed, sore-mouthed, dry-lipped.

Dental tourism is big in Singapore. You get an appointment the same or the next day at clinics cheerfully called Toofdoctor, Glittzsmile, or Tooth Angels. After a morning’s visit to the Bird Park where we saw a mighty American eagle land on a skinny girl’s wrist and parrots fly through increasingly smaller hoops until they reached the grand finale of their show which involved counting to ten in Chinese and singing Happy Birthday in English, we made our way to the All Smiles Dental Clinic.

The tiny hole-in-the-wall clinic was in the midst of a densely Chinese section of town. Normal dentist smells were not an issue as the scents of the orient wafted in and out of the door. In our fish-bowl holding tank we were a bit of a local attraction and even an old grey-faced man in a wheel chair puffing on an oxygen bottle stopped to consider us. His look was possibly that of pity.

The dentist didn’t want to change my last two old mercury-fillings as he said they were way stronger than the fragile white ones (ephemeral and surely dissolved within three years) that he could easily replace them with. This is toothily confusing. The Geneva line is that the new-fangled resin fillings are greatly superior to their old grey grandparents.

Sigh. In my next life I would like to be a toucan, a horn-bill or even a vulture. And as I whistle and sing songs and rip dead hyenas apart I will revel in the complete happiness of having not one single solitary tooth in my bird-brained head to worry about.