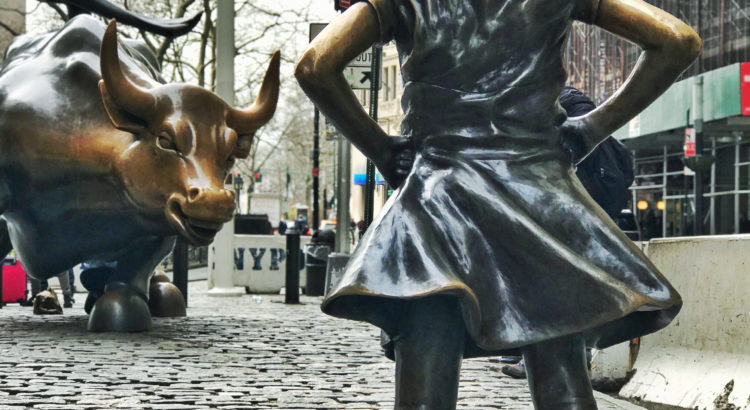 The recent health  crisis left many of us feeling powerless and puzzled, even lost at times. Our everyday landmarks were shaken and we found ourselves second-guessing our own convictions, wondering about the true meaning of our daily behaviours. We were forced to wake up to our anxieties and we were placed face to face with our systems’ failures. For us, two important factors rise above all the others:

First, the coronavirus crisis and its string of subsequent  damaging effects provides  a milestone against which we can assess the magnitude of the climate crisis and the consequences should we fail to honour the Paris Agreement’s engagements. They are the waves that eat our sand-castles at the beach; damaging, but we can rebuild it and prevent the waves from hitting again. Comparatively, the climate crisis represents a tsunami.

Second, smart and collective actions are the best remedy against anxieties and systems’ failures. Whatever our role in society may be, everyone of us can take part in the change – the change for the better. By individually and collectively acting as a force for good we can generate impetus leading to a lasting change. We can forge a fair, sustainable, and bright future. A movement of movements that is transformative. And whose momentum becomes a strong wave, able to face and stop the climate crisis tsunami.

A fair, sustainable, and bright future is one in which humans exist and live within  planetary boundaries. There are a dozen of them and they represent the limits not to go beyond if we as a community of societies are to thrive over the long term. Pushing these boundaries disrupts the balance between planetary and human ecosystems, thereby undermining the very stability on which we depend, such as a liveable temperature, healthy soils, the provision of pure air or access to food. The last century of human activity has put these boundaries at risk. But individuals, companies and governments are waking up to this reality and starting to act for change. The roadmap guiding their actions is that of regenerative systems. Positive social and environmental impact is at the heart of it, to not only reduce the harmful impact of our activities but rather shape positive feedback loops that eventually regenerate the ecosystems we interact with. 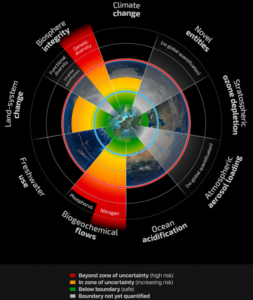 Each and every one of us, as part of  society, has a role to play to bring about this change. Here we explore a handful of initiatives that are paving the way towards a more desirable future. From the global to the individual level, mindsets are shifting and the values of collective intelligence, care and transparency are being put at the forefront. This change should have begun yesterday, so let’s put our heads and hearts to work now on the following:

At the global level, the Imperative21 coalition is an initiative that’s advancing the ambitious goal of shared and durable prosperity. It comprises 72,000 SMEs and MNEs worldwide representing 18M employees, and more than €6,6T revenues amongst 150 industries and 80 countries, probably the most significant purpose driven business movement of our humankind! Together, they’re refusing the dogma of infinite economic growth on a planet with finite resources. They’re advocating for an overhaul of public and private policies around the imperative principle of creating long-term shared value for all stakeholders. .

A revision of public indicators for measuring success and the need for appropriate regulatory frameworks both constitute strong public levers for change. The integration of social and environmental performance indicators in company success metrics, creating investment conditions dependent on impact reports and enforcing fiduciary duties that go beyond profit maximisation are currently private ones that individual businesses are alone responsible for. Change comes about with consensus on such actionable initiatives. Unlocking these levers would powerfully align private and public forces on the goal of regenerating the planet’s ecosystems and would strengthen businesses’ resilience.

This resonates with the movement of Certified B Corporation: businesses that meet the highest standards of verified social and environmental performance, public transparency and legal accountability to balance profit and purpose. Close to 3,500 companies are certified worldwide, committing to using the power of business as a force for good. They too are part of this coalition.

At the European level, the EU Commission opened two game-changing initiatives for public consultation: the European Green Deal (“European Climate Pact”) and the Directive on Non-Financial Reporting. Extending mandatory financial reporting to also include non-financial information is a crucial milestone because it provides the investment  industry with the data to redirect funds towards companies that measure (and improve on) their social and environmental impact. It’s also a way to have companies factor in the cost of their activities on the natural and social ecosystems, making it a powerful incentive for companies to improve their impact. Yet another step in the right direction to achieve shared and sustainable prosperity.

In Switzerland, headquarters of many Century-old banks, the lines are moving as well. The influential Swiss Bankers Association just released its position paper on sustainable finance, calling it “a chance” for the Swiss financial centre and stressing its strategic importance. Aside from its initiatives to foster the adoption of new international reporting standards – such as the abovementioned EU’s -, the Association states its support for a CO2 levy on all fossil fuels – a stance some may describe as a mini-earthquake in a country known for its fairly liberal model and preference to limit the intervention of the state.

Last, an initiative in the hands of the citizens. A referendum in November in Switzerland will gather public opinion about the transition towards a more sustainable and responsible economy. The “Responsible Business Initiative” mandates large companies to monitor the consequences of their activities on human rights and the environment, in Switzerland and abroad. It would create a legal obligation of due diligence and direct responsibility for the actions companies have within their “control”. The initiative has an extensive array of supporters, from civil society organisations to business representatives and politicians across the ideological spectrum. The most recent survey suggests the initiative will be carried with a margin of 78%  in favour.

Coronavirus put our societies to the test and hit especially hard. Unfortunately, scientific evidence indicates that it might be nothing compared to the strength and intensity of the climate crisis ahead. We must shift gears now and engage fully in the transition from an extractive model to a regenerative one. If we don’t want to lose centuries of progress and wish to secure a liveable future, now is the time to act. Of course, so much remains to be created or redesigned that the task does seem daunting. Integrating the notion of planetary boundaries within all our interactions – personal, professional, commercial – will require us all to put our brains and hearts hard at work and to experiment, sometimes fail and then try again to succeed. Hope is not a mad man’s illusion. Hope is our strongest asset to bring about the change for a more equitable and sustainable future, to break the inertia of vested interests and to thrive in harmony with our living ecosystems. Hope shines brighter with every individual willing to change for the better. Let’s make our hopes a reality.

For a desirable future. For greater resilience. For shared and sustainable prosperity.

To explore this topic further: 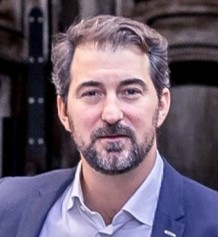