To (mis)quote Missy Elliott, “We have been just informed that there’s an unknown virus that’s attacking all [corners of the world]. Symptoms have been said to be: heavy breathing, wild dancing…”, unrealistic expectations, and a high chance of an anti-climatic end of the night.

It’s called the 31st of December.

That notorious time of every year when we reflect back on the past 12 months with the circumspection only retrospect can offer, and then promise ourselves that, come the new year, we’ll leave the past behind us, and be “harder, better, faster, stronger…”. Until we remember that Kanye West thinks slavery was a choice, and maybe we shouldn’t be taking his advice. At least, not literally.

And then there’s the 1st of January.

The one day of the year when your expectations are equally matched by your enthusiasm to see them fulfilled: bring on the gym subscription, organic foods, and moral high ground. Post-31st night recovery, of course.

Yes, that gap between what we imagine and what we live might be particularly gaping at this time of year. And yes, we’ll once again make resolutions that we know we’ll never keep. But what’s the fun in life if we don’t dream a little and then faceplant on reality? In the sage words of OutKast, “You can plan a pretty picnic / but you can’t predict the weather.”

If we’re going to fail, let’s do it properly, with a cup full of denial with which to toast the countdown to midnight. And this time, we’ll be grooving not just into a new year, but a whole new decade. If that isn’t a reason to hope that everything will transform overnight into a peaceful, happy world, and wake up with the hangover of reality, I don’t know what is.

And let’s not let the political and economic devastation of the last two decades make us forget the cool things that have happened too, especially in music. So cool in fact, some of them are ice cold.

In a decade that saw Kendrick Lamar win the Pulitzer Prize for his lyrical mastery, and Hamliton become the first hip hop musical (and retelling of history) to grace broadway, hip hop has become the popular cultural norm in a way that no one dancing at a bloc party in 1973 could have anticipated.

So here are a just a few of the Hip Hop tunes [linked to the Spotify playlist] that sent waves through the global (sound) system, and that stood up for the good things in the past two decades.

Hip Hop began to grow out of its homophobia

Frank Ocean came out as bisexual; Lil Nas X came out as gay. Macklemore and Ryan Lewis broke the lyrical barrier around the conversation about homosexuality, in hip hop and the world at large.

And shout out to Logic, Alessia Cara, and Khalid for this powerful video:

Nicki Minaj and Cardi B (oh yes, I went there) both fearlessly embraced their own sexualisation and sexuality from a position of power.

Their lyrics didn’t have to centre on their being women to make a space for them in hip hop; they came forward with their own voices, loud and clear, and unashamedly capitalist.

Not that there weren’t outright feminist tunes: Chilla turned sexist slang on its head, in song after song after song. [see the Spotify playlist for more]

Janelle Monaé’s video speaks for itself…

M.I.A. produced yet another politically astute album, and most pertinently, a video to oppose the system. Only real talk.

Lizzo became the new beacon for loving everything that you are. Gangsta, feminist, and smooth & sassy, all at once.

Shoutout to Lupe Fiasco, as well as Bigflo & Oli, for being male voices advocating for women, following in the footsteps of 2pac.

And that’s just to name a few…

Let’s not forget the OGs of breaking language barriers: Outlandish.

Immigrants proudly had their say, linguistically, culturally, and politically.

And of course, there was the advent of worldwide appreciation for K-Pop. BTS have now transitioned into full-on pop sound, but since they began as a hip hop group, let’s give them the benefit of the doubt.

The rose that grew from concrete finally flowered, and the environment wound its way into rhyme

A lot has happened in Hip Hop.

A lot has happened in the world. There were sharp words thrown at politicians, politics, and society throughout the first two decades of this Millenium, and even if many important conversations are now being had in Hip Hop, there is still space for more.

In view of the next ten years, let’s remind ourselves how this era began…

Let’s try to do better. And let’s give Missy Elliott the last word, because “Y’all still sleep, better stay awakened.” 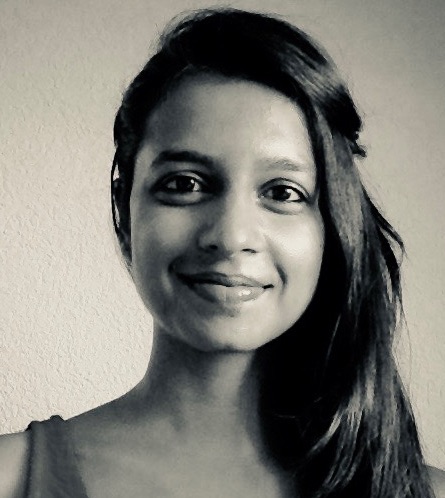