Those of you who are not grandparents really don’t have to read this. You have not had the crown of grandparenthood thrust upon you. You are free agents. When you invite your adult children for a meal, they come on time and are perky and refreshed-looking. They engage in adult-style conversation. They don’t crayon on the walls. They sit on their chairs through the entire meal and generally do not knock over their glasses. They leave the place without crying and needing their diapers changed.

They might, of course, bring a child-substitute. A puppy, perhaps, or a large barking shedding dog. Something that chews chair legs, slobbers over the table, steals half the cheese board, pees in the hall and poops in the corners. Such behaviour only goes a small way in illustrating what it’s like having real grandchildren around.

I personally love my grandchildren. The bigun (16) seems quite mature with her blue hair and black clothes. We will be going together to the Stratford Festival in Canada next week to see a somewhat kindred spirit, Hamlet.

The two littluns (6 and 2) also have literary references. Lord of the Flies comes immediately to mind. When they are not fighting, they work as a two-man demolition team, and, if your drug combination is right, and you are in an anti-materialist mood, can be considered delightfully active and life-enhancing.

We grandparents can’t play hop-scotch forever, however, and knees and backs are often screaming at us to sit down and WATCH the world rather than running along trying to keep up with it.  So it really wasn’t easy being 70 years old on Wednesday. The Geneva public transport system went on strike which meant walking miles and miles on hard concrete sidewalks to see an ear specialist in the morning (ref. Simplon Tunnel blog) and attending a Baluchistan concert in the evening. 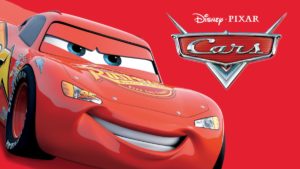 While slogging along the pedestrian pavements with speeding silent electric bikes and scooters inches from my shoulder, I was reflecting on the pronouncement of grandson #1 the previous day. Sitting in his car seat, having been picked up for his weekly luncheon in the Geneva countryside (grandparents are the glue of most Geneva family life) the little ayatollah issued the decree that all cars were evil inventions.

This was vaguely agreed with, and then it was cheerfully explained that without a car there would be no cheeseburgers with the grandparents on Tuesdays: It was too far to walk from his school, the buses took too long, and our carpets don’t fly. Without a car, there would be no pyjama parties on the weekends, no visits to the Shack, no walks along the Rhone River. If he couldn’t ride in a car, then the grandparents would be permanently on strike.

He went quiet and was vaguely abashed. Hopefully, like the wedding guest in The Rime of the Ancient Mariner, he arose the next day a sadder and a wiser man.

But I doubt it.