Well, it was the night of Canada Day (July 1st) and all through the house, not a creature was stirring, not even a mouse (or an Elk on a golf cart, but you have to actually be in Canada for that.)

We were settled down in the chimney corner in the Shack (old Haute Savoie farm house) and happy to be back at altitude (1100 m), on holiday, and away from the sizzlingly humid summer day we had spent in the heat-wave of the lowlands.

We had beat the black clouds of the approaching storm driving back in the evening at the tail end of the commuters who work in Geneva and live in the French Alps. Bursting with moral satisfaction after a day in charge of a highly-active, closely-related 3-year-old, we were equally exhausted and exhilarated.

As night fell, the storm broke in the valley and I was called away from the repetitively riveting French news that featured the “canicule” which kept telling viewers to drink four litres of water every day and wrap wet towels around their pets.

There was no rain, and the valley was ablaze with sheet lightning, fork lighting, blue jets, sprites, bolts, cloud-to-clouds, streamers, spiders and elves.  I didn’t see any balls, but I’m sure they were out there bouncing merrily around.

It was just as we were stepping back into the safety of indoors, that the solid, deep WOOP! of a lightning strike hit the top of the chimney and the clean cozy fireplace corner became an instant mountain of chimney stones and greasy black goop.

Just to make sure we knew who was in charge, the tornado-wind then blew off part of the roof and the rain poured in.

In case you ever need to know what to do if this happens to you, do not panic. You must immediately call the fire department (#18) and not approach the strike zone. There could be serious structural damage and a loose chimney stone could fall on your head. 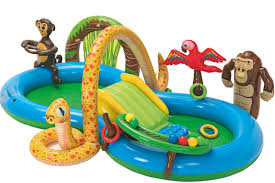 We, on the other hand, grabbed flashlights and fire extinguishers and ran up two flights of stairs. The super-deluxe paddling pool with its two basins and slide bought earlier in the day would sure have been useful to collect the cascading water; sadly, the evening’s events and demands had not been foreseen.

Finally, the bed was pushed into the middle of the room, and much like the Bucket grandparents in Charlie and Chocolate Factory, we spent the long dark night waiting and hoping.

We are now back in alpine holiday repair mode. We have renewed contact with the valley’s finest stone mason and carpenter who dropped everything to help. The insurance lady remembered us from the tree-through-the-house Incident three years back and gave us her condolences. The French news is no longer covering the heat wave, but is devoting itself to the drought.

And so it goes … summer holidays in France.