Having arisen from my New Year’s sick bed and adjusted my drug combination accordingly, I now find myself in deepest darkest Tamil Nadu.

It is a relief to have missed the hysteria surrounding the new American president’s inauguration. Searching hard, I did find a small article on page 16 of The Hindu which reported that Mr Trump has replaced the red curtains of the Oval Office with some drapes of his favourite colour – gold. There was even a picture to prove it. VERY Great Gatsby—and we all know what happened to him.

However, here we do not rely on international news for second-hand frissons and thrills. It’s happening all around.

The days do have their gracious moments – strolling the windy sea-front, admiring the sparkling saris and the police in their red képis. And there are also exciting protests against the attempted banning of the temple sport of bull “taming”. These feature bands of shouting/chanting young men throwing beer and coke bottles up in the air to smash back down on the sidewalks. They look and sound fierce and are filmed by a moving wagon full of TV cameramen. Together they are making tonight’s news.

Strikes are called and all shops shut under the threat of official strike enforcers with badges and big sticks knocking out their windows. Broken glass seems to be a leitmotif.

A group of ladies – dressed in red and pink and orange – march along the seafront under the slogan “We Will Go Out” claiming their right to non-harassment in public places.

The nights are long sleeples 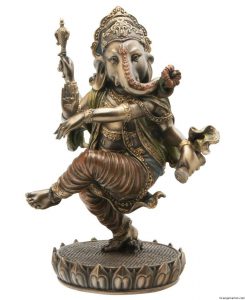 s affairs. The music that drifts along the Bay of Bengal, pushed by the north wind loses very few of its decibels and reaches our room in pristine tone and volume. In the very early morning Allah calls and the church bells ring.

The street dogs that sleep placidly in the sun all day awake when the sun goes down and howl the night away. Likewise the cars, tuk-tuks, and motorbikes honk ceaselessly as they ply the streets communicating to each other like a flock of Canada geese on speed.

The little baffed-out Tata car that is driving us to the great temples of the south has a Ganesh on the dashboard, lots of dents and scrapes on all doors, and a driver with the three good-luck ash lines of Shiva on his forehead. We wear our frayed seat-belts on as we bash our way through the villages skirting trucks, buses, dogs, cows, goats, and humans. The driver sticks, cannily, to the centre of the road. There are no air-bags.

The birds are flocking. The music is rising. Evening is falling. Time now to check out the toilet paper situation in the thunder-box; turn on the geyser for a spot of hot water; find some fresh innerwear; and pour myself a chhota-peg.