It used to be that a summer in the French Alps in your old farmhouse was a time of mythic tranquillity: very Pagnol with shades of Manon des Sources. Oh yes. In the old days there were really fights about water—but that’s another story.

Only the seriously un-cool used to come here to this dead-end valley on vacation: the pudgy summer-camp kids from the suburbs of Paris, the national workers spending their two-week holiday in their government-built apartments, the tall Dutchmen swinging a gallon jug of rosé from one hand and rouge from the other strolling contentedly back to their campsites.

These days, though, the place is popping and the excitement of the valley is squeezing up the mountain sides. Down at the bottom to provide evening entertainment there are many exciting choices. The Zavatta Circus is in town for three days and this year features Tarzan (the real one).  You can buy tickets at the bakery but it is, sadly, already sold out. 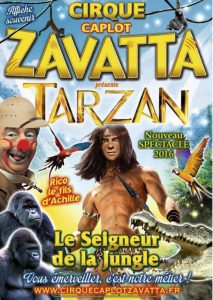 There is also the Hell Drivers Show—Le Festival des Cascadeurs—with their Road Monsters – truck cabins mounted on wheels as high as the ceiling. The poster pictures show them squishing normal cars flat. As this is all taking place down in the ski-lift parking lot, I suppose the most prudent of spectators walk to the show.

During the day the mountains have become a huge open-air fitness centre. Paths are filled with members of the millennium-generation—now approaching their 40’s—that we made the mistake of raising on orange juice rather than water.

They indulge in power-walking, trailing, racing, rock-climbing, parapenting, horse riding, canyoning, and mountain biking. They carry maps in special water-proof cases, wield high-technology walking sticks, sport athletic outfits that breathe, and wear expensive shoes filled with air. They are full of beans and power-drinks and vitamins and carry water on their backs like camels. In deep-sea diver-mode they actually suck on plastic tubes while asking directions. This is extremely disconcerting as one’s mind goes back to dusty hookahs in old Istanbul cafés.

They are determined to bend the mountains to their individual will. They pass their holidays in a whirl of self-centred physical exertion and emerge at the end stronger, better, fitter–more of themselves than they were before.

They have become holiday consumers and Brave New World-like have lost the idea of the holiday as a time of looking outwards and considering a completely different world. A holiday, at its best, makes you forget yourself along with your quotidian concerns and activities. It can make huge chunks of time and organization simply disappear. It is refreshing rather than exhausting.

I did, though, see one young man, walking up alone in rather ordinary clothes with only his smart phone in his hand. He kept stopping and looking at things strangely. I realized that he might have been wandering around inside Pokémon Go. If so, he had at least found a parallel world.