The circumflex accent in French is my favorite. I try to use it with aplomb and abandon. Much friendlier than the accent aigu or the accent grave—to a person who cannot tell their left from their right—it is just a little friendly hat that sits, preferably, over an “ô”.

Therefore, I am horrified that the Académie Français is finally, truly, abandoning it—fortunately just over the “i” and the “u”. For example, the old coût becomes the new cout. I, personally, would have liked it to become côut or, even better, côôt.

There are other exciting changes that also being seriously implemented some twenty-six years after the new rules were written. Numbers are being hyphenated, other words are being unhyphenated, and the two little dots over the occasional vowel (called a tréma in French and very close to my ü-heart) is being added or shifted to aid pronunciation—for example, the old gageure becomes the new gageüre--whatever it means.

As a Canadian, I am officially bilingual, but only write in English due to my timorous, yet perfectionist, nature. The arbitrary mysteries of the French language—the le and the la, the silent endings that contain many letters, the declensions, the conjugations, the agreements, the vexed question of tu vs vous, and many other social and grammatical points that I don’t even want to think about, put French into its own celestial cultural sphere of near incomprehensibility when written at its very finest.

Even paying the strictest attention, recalling all schoolroom language tricks, using spell and grammar checks, and the best brains of family and friends, I make mistakes. The missing “e” or “s”; the incomprehensible thought; the embarrassing blooper that I simply cannot see with my direct-vision Anglophone eye. 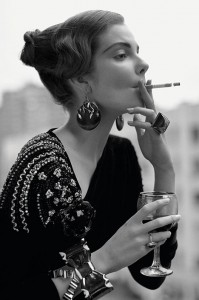 I blame it on my education. My high school French teacher was a haughty middle-aged English woman called Mrs Robinson. She had three Chanel-type suits that she wore on rotation with different scarves. She had a chignon and a nose that quivered. She made a great fuss about pronouncing the word plume perfectly.

These were the days of Dustin Hoffman in The Graduate, and Mrs Robinson took her role seriously. She loved the garçons in the class, and the filles were just a necessary encumbrance. She handed out les cigarettes to the (male) smokers at recess time. I guess this was because plume rhymed with fume. Her first name was Irene. When the song Walk Away Renée became a Herman’s Hermits hit in 1968 she theatrically changed her name to Renée. Needless to say, all the girls hated her.

Sigh. I had a hard time in Mrs Robinson’s French class, and it didn’t really matter what you did with your accents. That the old événement has become the new évènement is my unexpected revenge.

In 1755 in an extraordinary one-man show, Samuel Johnson published the then definitive A Dictionary of the English Language. He is attributed to having said: “It is indeed a dull man who can think of but one way to spell a word.”