I have made a huge mistake. Having been an English teacher with a close relationship to modal verbs for decades, I was curious about the mix-up concerning the climate change document that was produced at the Paris Conference a week ago. So I read the 31-page Paris Climate Change Agreement December 12, 2015. http://unfccc.int/resource/docs/2015/cop21/eng/l09.pdf

As my sister has wisely observed in this fraught pre-Christmas period, one is either sucking on lollypops humming Christmas tunes or one is spitting with rage. Stultified to the point of falling off my chair, I wanted to see if I could find the bit that is causing the linguistic controvery—the bit that takes the teeth out of the developed world’s legal commitment to saving the world. The bit where “shall” got changed to “should”.

No normally-constituted person should read this document. It is a repetitive masterwork of cajoling happy-energy. It emphasizes, notes, invites, requests, urges, strives, recommends, recognizes, takes note, calls upon, aims to, and encourages. It is a maze of time-lines and dates.

Despite this, I easily spotted the passage that shifts responsibility away from the developed countries. It is really there on page 22, Article 4, Section 4:

Developed country Parties should continue taking the lead by undertaking economy-wide absolute emission reduction targets. Developing country Parties should continue enhancing their mitigation efforts, and are encouraged to move over time towards economy-wide emission reduction or limitation targets in the light of different national circumstances.

Of course, the first “should” should have been a “shall”.

Now, everybody loves the 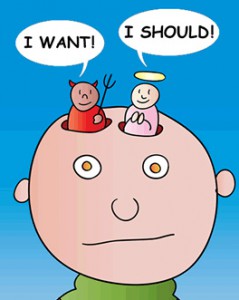 word “should”. It’s an agreeable concept, filled with awareness of the problematic, but simultaneously considering potential improvement. “Shall” is a crisper word which expresses firm intent, decision, imminent action. We all know that we really should do something about our filthy, polluted, deluded world. We really should do something about the polar bears and the Adélie penguins hanging onto their tiny little ice floes and starving to death. Poor loves! And that Golden Toad that hasn’t been spotted since 1989, well, something really should have been done before it became extinct.

So, after two weeks of intense diplomacy, the final document was a day-and-half overdue. On Sunday, the American delegation saw the “shall” (signifying their responsibility and accountability) in Article 4 and threatened not to sign. The French government, needing a landmark climate accord, wiggled out of the impasse by claiming the drafting team had made a typographical error and everyone quickly agreed to sign the “should” (signifying a potential pleasant possibility) document.

The road to hell is paved with good intentions. So, I shall see you all there sooner rather than later. I’ll be the one over in the coolish corner feeding the polar bears and humming Christmas songs. Hopefully, I should have stopped spitting by then.