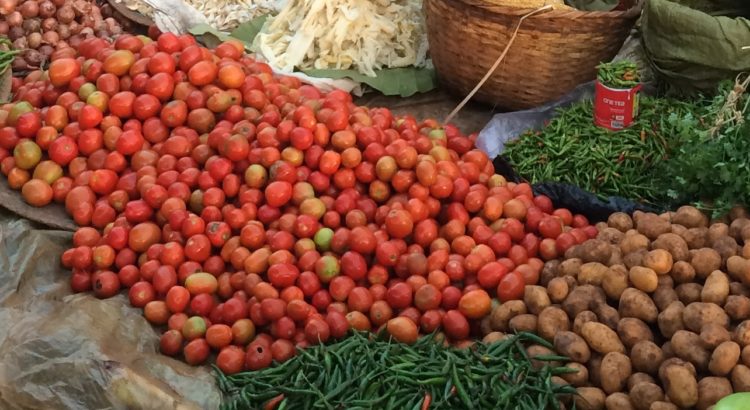 Cofco Tunhe, the world’s second-largest producer of canned tomatoes, operates in Xinjiang, where China oppresses millions of Uyghurs. The Cofco Group has set up its global trading headquarters in Geneva. Switzerland must act

In November 2019, internal Chinese documents on the oppression of Uyghurs in the Western Chinese province of Xinjiang – called the China Cables – shed light on the human rights situation in East Turkestan. One to three million Uyghurs are being persecuted, indoctrinated and subjected to forced labour in camps there. Investigations show that the Chinese state corporation Cofco Tunhe set up its global trading headquarters in Geneva in 2017 under the name Cofco International.

Referring to his reportage entitled “The Empire of Red Gold” [L’Empire de l’or rouge], published in book form[1] in 2017 after two years of research and travels and later as a film,[2] author Jean-Baptiste Malet describes it as “the absurd story of our globalized world”. It illustrates how world production of tomato sauce was relocated from Italy to China, more precisely to Xinjiang, and how the company Cofco Tunhe became the world’s second largest tomato processor. The Chinese state corporation operates 5 000 hectares of tomato plantations and 11 processing plants in western China.

What prompted the journalist from Provence to launch his investigations was the purchase of the popular French brand of tomato sauce Le Cabanon by Chinese investor Liu Yi, known as The General. Why should a country that hardly consumes tomato sauce be competing with Provence or Italy, he wondered.

Malet’s investigations unearthed astounding facts. In the early 2000s, people from the Bingtuan, a military-industrial organization created in 1954 on the orders of Mao Tse-tung and consisting of former army personnel, were at the head of China’s stock-listed Chalkis Group, which makes chiefly tomato products. The mission of this mysterious organisation is, among other things, to break the resistance of the Uyghur people. In the Xinjiang region, Chalkis controls huge swathes of land and enormous resources and can count on very cheap local labour. About one-third of the harvest is still done by hand, with workers earning one euro cent per kilo of harvested tomatoes. Children often go with their parents and work alongside them in the fields.

Such has been the success of Chalkis that in the space of 20 years China has become a tomato superpower and produces concentrate that is now sold in over 130 countries, including Italy. Many sauces, ketchup and tomato products that are consumed in Europe and the USA contain ingredients from one of the 23 Chalkis factories. Before the world learned of the Uyghur camps, Cofco Tunhe Vice-President Yu Tianchi had told the cameras: “All the international brands trust us and buy our tomato purée: Heinz, Kraft, Unilever, Nestlé.” Heinz alone sells over 650 million bottles of ketchup in over 150 countries every year. It is hardly an exaggeration to describe this company as a concentrate of the history of capitalism. In 2013, Heinz was acquired by Warren Buffett, an investor worth an estimated $73 billion, and merged with the Kraft food corporation. North America’s biggest plant in southern Canada was closed, and 7 400 jobs or one-quarter of the entire workforce were cut.

China as a beneficiary of global free trade

Crucial to China’s ascent to the status of tomato superpower was the role of Armando Pandolfi, a trader from Parma who sold Italian technology to China and organized production there. Quick learners that they are, the Chinese were soon producing tomato sauce on their own and at unbeatable prices. It is sent, among other places, to the southern Italian port town of Salerno, where the concentrate is repackaged and shipped all around the world.

The global tomato market is currently dominated by the United States, Italy and China, and the competition among them is fierce. With the sauce they produce mainly in Xinjiang the Chinese have now overtaken the Italians, as they can export it to Africa at unbeatable prices. In Ghana, Chinese tomato sauce is so cheap that locally grown tomatoes can no longer find buyers. Imports have risen 30-fold in 15 years, and the last national tomato processing plant was shut down in 2012. China has even opened a factory to produce tomato sauce in Ghana itself. General Liu says dramatically: “Xi Jinping has launched the Belt and Road Initiative. Xinjiang is where it begins, and Ghana where it ends.”

Malet’s film illustrates an all too familiar phenomenon. Since independence Ghana’s farmers have grown tomatoes that have been processed in local factories protected by tariff barriers. Since the mid-1990s and the introduction of free trade, the country has been flooded by cheap imports and local factories have folded. Farmers have no choice but to seek other work, which is in short supply in the country. They try their luck in Europe, where not infrequently –in an ironic twist of fate – those who do make it to Italy again become tomato pickers. In the Foggia region of Apulia alone, some 30,000 migrants work under slave-like conditions as harvest hands.

Since the end of shooting for this outstanding documentary film, the already serious human rights situation in Xinjiang has taken a dramatic turn. In August 2018 the UN Committee on the Elimination of Racial Discrimination confirmed what NGOs have been denouncing for a long time: China has set up so-called re-education camps where at least a million Uyghurs and other Muslim minorities are being interned. Beijing at first denied this, but eventually admitted under the weight of incontrovertible evidence that “vocational training camps” do exist. A line of defence which the publication of the China Cables rendered an embarrassing justification. Or as World Uyghur Congress President Dolkun Isa told us: “There is forced labour in these camps and in factories outside these camps.” This fact has also been documented by the German scholar Adrian Zenz. Tomato and cotton production are sectors in which forced labour is especially rife.

Cofco Tunhe’s parent company, the Cofco Group, has set up its global corporate and trading headquarters in Geneva under the name Cofco International. In May 2017 a Memorandum of Understanding was signed in Beijing by Geneva State Councillor Pierre Maudet in the presence of the then President of the Confederation, Doris Leuthard. The Memorandum provides that the State of Geneva will assist Cofco International in matters of corporate taxation.

As highlighted by Public Eye in its report entitled “Agricultural Commodity Traders in Switzerland, Benefiting from Misery?” and published in June 2019, Cofco Tunhe is today one of the world’s biggest agricultural traders. Switzerland therefore bears special responsibility in this regard: is it ensuring that no forced labour is practised in Cofco factories and tomato fields? Alliance Sud, the Society for Threatened Peoples and Public Eye, which had set up  the China Platform at the time of the negotiations of the free trade agreement with China (entered into force in 2014), have urged the federal and the Genevan cantonal authorities to require Cofco to exercise due diligence throughout the entire production chain and practise the appropriate transparency. On 20 February, the Federal Council [Swiss federal government] responded evasively to a motion tabled by National Councillor Fabian Molina.

At the end of the film, General Liu rubs his hands gleefully as he says: “I believe that in five to six years’ time, tomato products will also penetrate the Chinese market, because ever more people are eating at McDonald’s. And even if seven to eight kilogrammes of tomatoes per year are consumed in China, that will require 10 billion kilogrammes of tomatoes. This industry still has enormous growth potential!”

And how much longer will it be before we can be sure that tomato sauce of Chinese origin on our plates will not be leaving a bitter aftertaste?

This article was published in Global, the magazine of Alliance Sud 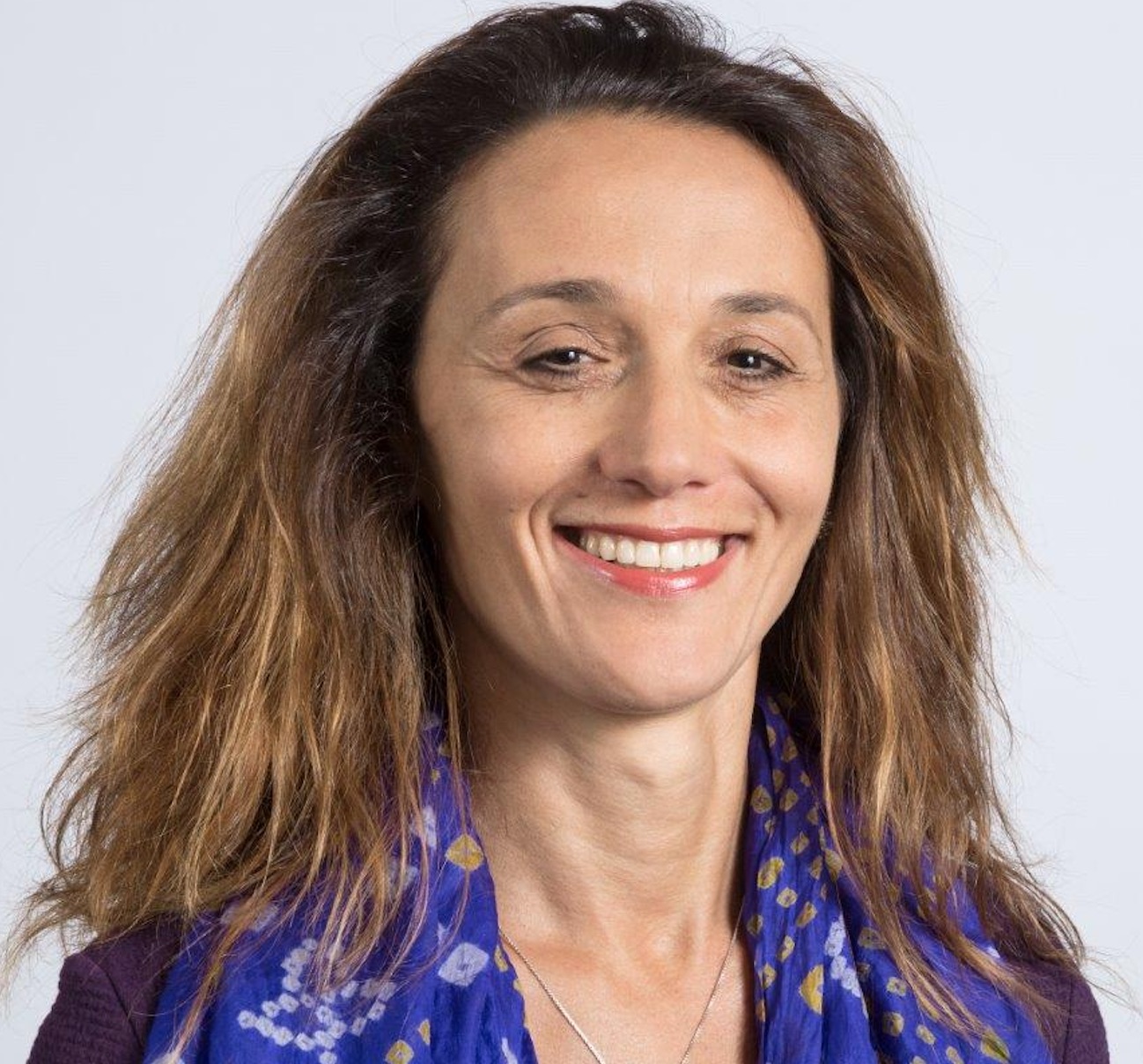