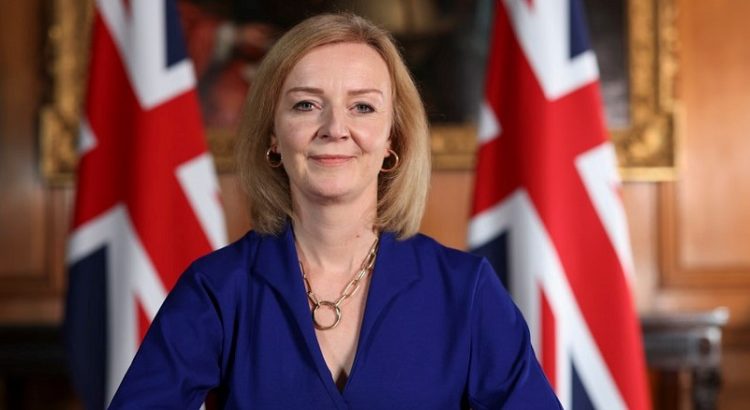 (Level B2 and above: On Liz Truss and British politics, with vocabulary and phrases, video)

The appointment of Elizabeth Truss as UK Prime Minister on September 6 was almost immediately eclipsed by the death of Queen Elisabeth two days later.

The Queen’s reign of 70 years is in sharp contrast to the revolving door (porte tournante) of Prime Ministers (PMs). Truss is the fourth prime minister in just over six years.

The Conservative party (the Tories) returned to power in 2010 with David Cameron, who was re-elected in 2015 (PMs are elected for a  five-year term); but following the results of the Brexit referendum in June 2016, he resigned.

Theresa May took over, was later re-elected in a general election, and served a total of three years. She tried her best to finalise the Brexit negotiations. After versions of her draft withdrawal agreement were rejected by Parliament three times, she resigned and was succeeded by Boris Johnson in 2019, who also served for three turbulent years.

See our vocabulary list below for the words in bold.

Johnson almost finalised the Brexit withdrawal agreement with great difficulty as nobody could agree on the Irish position and other details. During the Covid pandemic crisis, he went to staff parties while the country was in lockdown and then lied about it. Voters and politicians grew tired of him, several ministers resigned, and so he was forced to resign too.

The Tory party chose Liz Truss to succeed him as the fourth Tory Prime Minister since Cameron. (The next general elections should be held in early 2025 – unless one is called earlier.)

I’ll spare you the details of her political life, but suffice to say, all the mistakes the incumbent PM has ever made – as well as her tendency to change views and parties – were in print the day after she was elected, thanks to the diligence of British tabloids. The French press called her the Iron Weathercock (girouette), in contrast to her political idol former PM Margaret Thatcher who was called the Iron Lady.

Incidentally, “truss” in the English dictionary means: a wooden or metal frame that supports a structure (such as a roof or bridge), or, a medical belt worn by someone with a hernia. Is it a coincidence that the Tories chose someone whose name that has those connotations? Did they subconsciously vote to “support” the party, or to curb the weakness or illness of the country?

As the prime ministers quit and succeed each other rapidly, the government seems less serious, less moral, and more like a soap opera. Meanwhile, the country is not being run properly.

The voters are growing frustrated and dissatisfied. And they are suffering economically.

For example, the price of food and energy is rising drastically. Regulators have said that the average energy bill will reach £3,550 (CHF3,850) in October this year, compared with £1,400 a year ago. And in January 2023, it’s expected to go up again to £4,260. Furthermore, from 2008 to 2021, the number of food banks (banques alimentaires) users increased every year, from just under 26,000 to 2.5 million. Food banks are currently running out of food and turning people away.

A country needs some degree of stability to function properly. Leaders should be examples dignity, professionalism, devotion to service, pragmatism, authenticity – in other words, leadership. But since 2010, (or since 2007 with Gordon Brown), there has been nothing but resignations, bickering, the hyping of false facts (the Brexit campaign), self-interest and confusion.

The people will revolt. This has already started with the numerous strikes going on and campaigns like Don’t Pay UK.

What people think of Truss

So Liz Truss comes at a time when every single voter seems to be sick of politics. A quick poll (sondage) among my British friends revealed a lot of unpleasant comments. This is what they said:

And a quick look at Twitter will reveal most people on that platform have become doomsayers.

Good luck, Liz Truss. I hope you will prove your mettle.

For an overview of the state of the UK, watch this video (with sub-titles):

Jonathan Pie: Welcome to Britain. Everything is Terribe (NYT Opinion)

To subscribe to our blog, leave your email address

(right-hand side column – or at the bottom

of this blog if you are using a smartphone) and

confirm your subscription when you receive our email