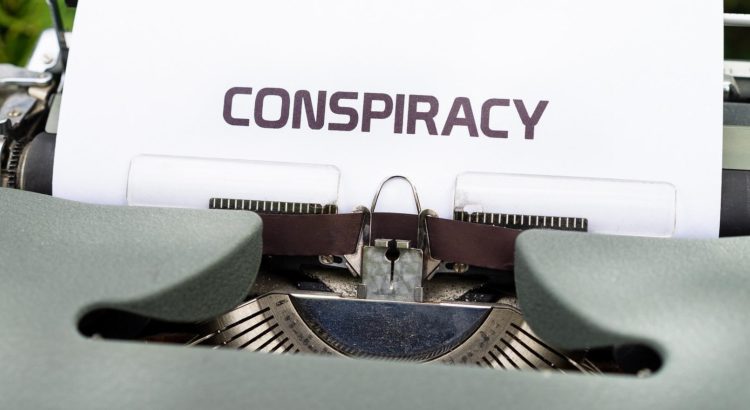 (Level B2 and above: Conspiracy theories: examples and explanations – with related vocabulary and videos)

Alex Jones, an aggressive far-right American radio show host and infamous conspiracy theorist (he does not believe in the moon landing), has since spread conspiracy theories about the Sandy Hook Elementary School shooting. He said it was a false flag operation by gun control advocates. He stated “no one died” in Sandy Hook, and the incident was “staged“, “synthetic”, “manufactured”, “a giant hoax” and “completely fake with actors.”

In 2018, several families of the victims and an FBI agent filed a defamation suit against Jones. 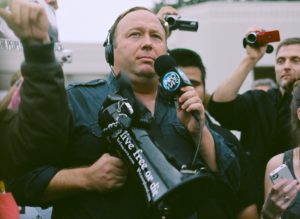 Last week, after many legal battles, a jury in Texas ruled the radio host must pay $45.2m in punitive damages, in addition to $4.1m in compensatory damages they awarded a day earlier.

What are conspiracy theories?

Conspiracy theories reject the standard explanation for an event.  Instead, they explain an event or set of circumstances as the result of a secret plot by usually powerful and sinister conspirators.

Conspiracy theories are good material to poke fun at – unless you are serious about them. Serious conspiracy theorists see a hidden agenda behind everything; and that’s no fun. No, sir. An evil elite is running the world, and carrying a gun at all time is the answer.

Apparently, conspiracy theories are on the rise because of social media. Let’s have a look at a few famous theories.

The true conspiracy behind the terrorist attacks on the World Trade Center and the Pentagon on September 11, 2001 came from the Saudi terrorists who organised them. However, conspiracy theorists think this explanation is too simple. Some believe President Bush and his entourage knew about it in advance, or that the attacks were orchestrated by Israel, or that the Twin Towers were brought down by controlled demolition from bombs.

The death of Princess Diana

Princess Diana and Dodi Al-Fayed were killed on August 31, 1997, in a car accident in Paris because they were pursued by paparazzi and their own driver was drunk and was driving too fast. But this did not fit in with the way royalty should die. This has led to theories such as an assassination by MI5 at the request of the Royal Family, or that Diana faked her own death and is having a great time on a tropical island.

Many have claimed that subliminal (subconscious) messages are widespread, for example on TV or in the movies or in music, and that they are influencing people. This has however been debunked as subliminal messages, if they are indeed used, do not have the power they are given by conspiracy theorists. Seeing an image for a split-second does not make you want to buy a car or commit suicide. 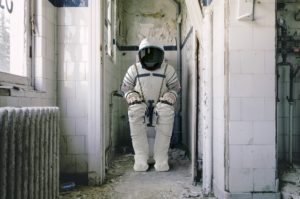 NASA landed astronauts on the moon in 1969. Many claim that this never happened. There has been plenty of debunking of the various moon hoax claims by many scientists involved in the operation, and some very angry astronauts and then there are the hundreds of pounds of moon rocks. 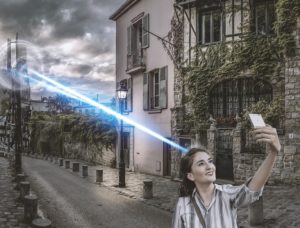 There are many theories about the origin of the virus, governments’ reactions, doctors lying about COVID-related deaths, and vaccines changing human DNA. There’s even a theory that mixes fears of 5G wireless technology with fears of the virus, saying that electromagnetic frequencies from cell phone towers damage the immune system, making people sick with Covid. Another claims that the vaccines contain tracking chips that connect to 5G networks so that the government or Bill Gates can surveil everyone’s movements.

Read about other conspiracy theories on Livescience.com here.

QAnon – the mother of conspiracies

You can also find many theories from QAnon, an American political conspiracy theory and pro-Trump political movement that recently became mainstream. In 2020, QAnon supporters flooded social media with false information about Covid-19, the Black Lives Matter protests and the presidential election, and recruited legions of new believers. A December 20 poll by NPR and Ipsos found that 17% of Americans believed that the central falsehood of QAnon — that “a group of Satan-worshiping elites who run a child sex ring are trying to control our politics and media” — was true. Several QAnon supporters won seats in Congress late last year.

To subscribe to our blog, leave your email address

(right-hand side column – or at the bottom

of this blog if you are using a smartphone) and

confirm your subscription when you receive our email

So why do we create conspiracy theories?

Karen Douglas, PhD, a professor of social psychology at the University of Kent in the UK, defines conspiracy theories as a proposed plot carried out in secret, usually by a powerful group of people who have some kind of sinister goal. She believes such theories have always been around, especially in times of crisis, because we don’t want to trust everybody. It is difficult to prove that conspiracy theories are increasing but people’s attitudes have become stronger as a result of interacting and sharing and consuming this information on social media and on the internet generally.

In many cases, it is very difficult to effectively debunk theories with actual facts because people hold on to them obstinately. A good solution is to warn people in advance they might be exposed to misinformation. You can listen to (or read) the interview here.

Some conspiracy theories might also come from noticing patterns. This TED video describes the Ramsey theory, which says that given enough elements in a set or structure, some interesting pattern is guaranteed to appear.

Related blogs from The Language House

Lessons in narcissism with the stable genius Donald