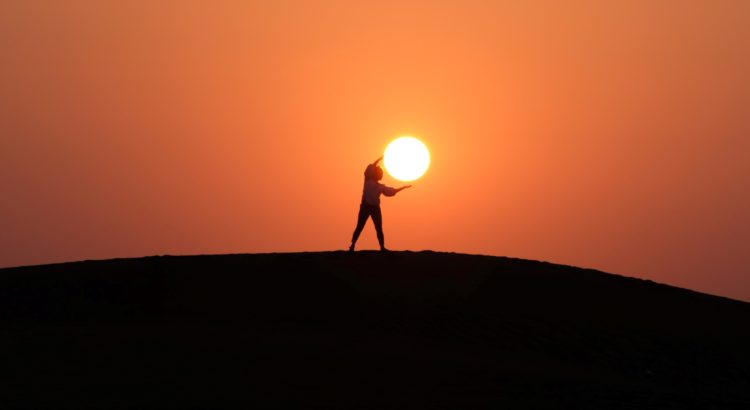 (Level B1 and above: article and vocabulary connected to heatwaves, climate change and glass buildings)

This summer, the sun is beating down on the Northern Hemisphere.

In southern Europe, the nights are not cool enough to offset the days’ sweltering heat. The heatwaves and droughts have sparked wildfires. People are dying of heatstroke. The organisers of the Tour de France watered the roads to stop them from melting. Veterinarians are asking people not to shave (raser) their pets (the fur helps to keep them cool). In the UK, some temperatures that were thought to be impossible came to pass, affecting schools, hospitals, railways and runways. Parts of America are going through one of their hottest summers. In parts of eastern and central China, the mercury has risen above 40 degrees; factories are cranking up the air conditioning (AC), but because AC units use too much energy, electricity is being rationed.

Scientists agree that global warming increases the chances of heatwaves happening – but at the same time, too little is being done to achieve net-zero emissions. The world is already on average 1.1-1.3°C warmer than it was in pre-industrial times and as we continue to use fossil fuel, it is set to get warmer yet. We have a wicked problem on our hands. 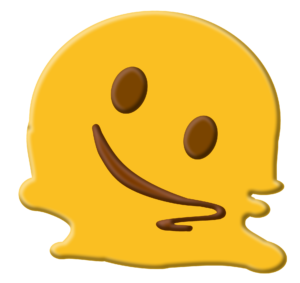 Now the last place you want to hide during the scorching heat is a glass building – even if it offers great views. They act like a greenhouse. Using AC to cool down is not the solution because AC consumes a lot of energy and ends up contributing to more greenhouse gas emissions (émissions de gaz à effet de serre), and therefore global warming. And it heats the city streets even more.

One absurd example of street heating is the Walkie-Talkie building, a glass skyscraper with curved exterior walls in the City of London. In the summer of 2013, its south side, covered in concave reflective glass, mirrored the sun’s rays like a magnifying glass (loupe) and burnt a part of a street and everything in it.

Despite all that and against common sense,  glass buildings and skyscrapers are being built everywhere – when they should become obsolete.

Politicians and associations have  called for bans on all-glass buildings in the U.S., the U.K. and elsewhere. But with little progress.

Furthermore, many buildings – glass or not – in Northern Europe are not equipped for heatwaves. 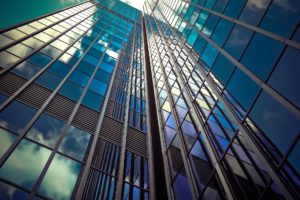 “A stiflingly hot office is not a pleasant or productive place to be. Extreme heat will render some workplaces unusable, or barely usable. Some will be practically deserted as working from home re-emerges. …. If heatwaves become a permanent fixture, cooling our buildings could cost more and more and create more emissions. Those emissions contribute to climate change, so it could lock us into a vicious cycle…”

However, there is progress on the architectural front: some newer glass buildings use special types of glass that can become more opaque to block sunshine in hot weather, or even generate electricity themselves, such as the Edge building in Amsterdam.

your email address on the right-hand column

(or at the bottom if you are using a smart phone),

The best buildings for climate change

With global warming in mind, here are some suitable building material and ways to cool a building: