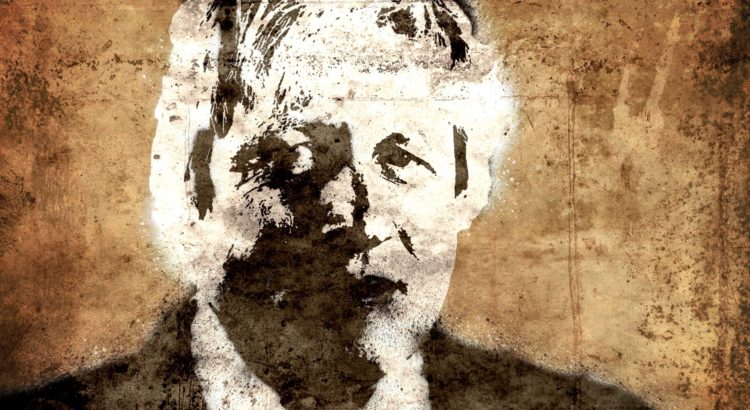 (Level C1 and above: The fall of Boris Johnson)

“We’re all used to being lied to, but everybody hates being treated as a fool”

Goodbye, Boris. It was short and not sweet. It was tumultuous and riddled with lies and hypocrisy, which was what we expected from you. You were Boris. True to nature.

Sure, the barn door has not yet been slammed shut on your nose, but it’s probably just a matter of time. Weeks, days, hours or minutes.

“Operation Save Big Dog” (yes, that’s what the Tory brain trust calls the campaign to save your skin) has lost its bark, its bone and its teeth. “Big Dog”, has outstayed his welcome. He chews the slippers and leaves stinky piles wherever he goes. He cannot be house-trained. 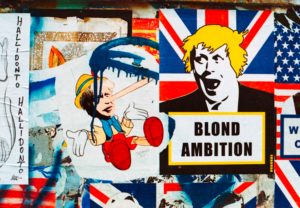 If you place your ear to the walls of the Euro Tunnel in Calais, you can hear the knives being sharpened in Westminster. Resignation to the inevitable fin de régime is growing, as are the number of letters of resignation. Boris’ head of policy resigned in controlled fury, then his chief of staff, his principal private secretary and his director of communication fell honourably on their sharpened fountain pens. That was yesterday.  Today, his special adviser on women and equalities handed in her letter. A growing number of Tory parliamentarians are in favour of a vote of no confidence. One has even defected to the Labour party.

Dissent has shifted gears from displeasure to desperation to outright ire

There is momentum. Dissent has shifted gears from displeasure to desperation to outright ire. The media, even the Tabloids of Untruth, which love to forgive and caress him, are now baring their teeth. The polls are shining a positive light on the Labour Party, and its leader Keir Starmer, an occurrence, almost as rare as a blue moon. In the Tory wings, the sartorial and filthy rich Chancellor Rishi Sunak is carefully preening himself.

Much of the public have turned. The entertainment factor, the “Oh, that’s our Boris” (and wave your hands in the air, with a shrug of the shoulders) has gone.

The public now understand that they were hood-winked, led up the garden path and then taken for a ride. They followed the stern pronouncements of the government: “Stay Home, Save Lives”.

How naïve! Boris and his Conservative party-goers made the rules for the common people and then kept pouring drinks. They enjoyed party after party while the general population was paralysed by restrictions.

Let’s see: there was, allegedly, a “bring your own booze” party in Downing Street (DS) on 20 May 2020, a leaving party in the Cabinet office on 18 June, Boris’ birthday party on 19 June in DS with about 30 people, a leaving party for Dominic Cummings on 13 November, Christmas gatherings on 17 and 18 December – later leaked in a press conference video, a leaving party in DS on 14 January 2021 and another on 16 April.

Apology followed apology from the Prime Minister who has the perfect coupe de cheveux for a sheepish look. But you can’t govern by apology and Boris has never done a convincing contrite.

In an interview with The New Yorker this week, the political scientist David Runciman says the Prime Minister’s greatest liability is that he treated the public as though “they were stupid enough to follow the rules.”

He says: “The most toxic and resonant charge against Johnson—and this has been all over the British press—is that he treated the public as though, in a sense, they were stupid enough to follow the rules.

“And that seems to be the aspect of hypocrisy that is just so damaging for politicians and hard to recover from, because we’re all used to being lied to, but everybody hates being treated as a fool.”

Boris has the gift of the gab, like an old Music Hall entertainer. He can regale the masses with stories, and a nudge and a wink; that the crazy EU wanted to outlaw the curve in bananas, that Brexit would allow hundreds of millions of pounds to be invested into National Health Service, that the hordes of immigrants were coming to takes your jobs, lives and wives, that the war cry of the old empire, the waving of flags and the chorus of Rule Britannia were jolly more important that UK’s place in Europe. He distracted with puns and obliterated opponents with alliteration.

His verbal gymnastics, and sly smiles, enabled him to describe black people as “crowds of flag-waving piccaninnies” with their “watermelon smiles”, gay men as “tank-topped bumboys”, or Muslim women wearing niqabs as “letterboxes”.

One former colleague described him as “Machiavelli, disguised as Bertie Wooster”, the fictional character in the comedic Jeeves stories.

“He is a congenital liar, serially disloyal, untrustworthy, irresponsible and hopelessly chaotic”.

The public were warned well in advance by a former foreign editor of the Times, Martin Fletcher. He wrote in May 2019:

“Johnson is also spectacularly lacking in the moral qualifications required to lead the country. He is a congenital liar, serially disloyal, untrustworthy, irresponsible and hopelessly chaotic.

“He may be a gifted and humorous wordsmith, but he deploys that talent to dupe, dissemble and deflect…

“He has no core principles beyond the advancement of one B Johnson, and the idea that he is motivated by a desire to help others is laughable. It is hard to recall a single act of Johnsonian selflessness.”

Boris, the Johnson. Will he survive? We’ll see. And who’s next?