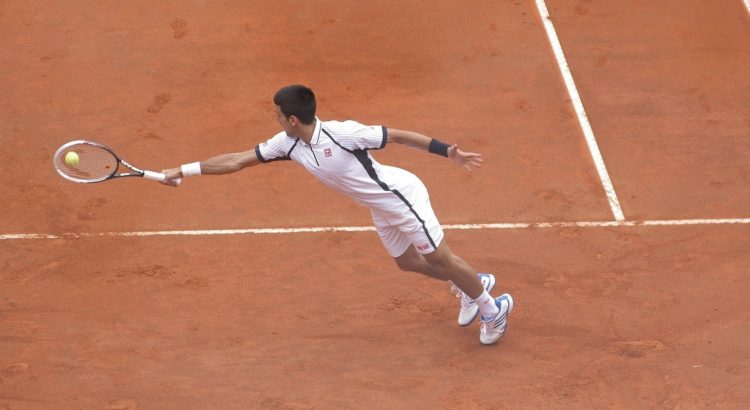 A man from Serbia, who hits balls with a racquet made of cow gut better than almost everyone on the planet, has been declared the new messiah, a villain, a dick and a hero.

Novax Djokovic is playing for his reputation in the grand pandemic slam, in “detention” in a nondescript hotel in Melbourne, Australia while squads of lawyers decide if his pandemic papers are valid for him to play in the Australia Open. In or out? It’s deuce – 40 all.

Djokovic is on the cusp of history. If he wins this grand slam, his 21st, he will be the male tennis GOAT – Greatest of all Time – at least statistically. But it is unlikely he will ever feel the love that caresses the Alpine brand, RF.

It’s a perfect media storm. It will go five sets. Everyone has an opinion on vaccinations, blanket government decrees and Roger, Novak and Rafael, which means an endless supply of talking and highly opinionated heads on screens.

Djokovic’s parents are running non-stop rallies and press conferences in the homeland capital Belgrade. His father has likened his son to Jesus.

“Jesus was crucified and endured many things but is still alive among us… Novak is also crucified… the best sportsman and man in the world. He will endure,” his father insisted.

His mother believes there is an evil cabal of racqueteers, perhaps financed by the flagitious Federerists and the nasty Nadalistos, that are behind this “clear political attack” to make sure her son doesn’t win and become the greatest of all time.

The Serbian foreign ministry has this cracker of a perspective; the world tennis No 1 had been “lured to Australia … to be humiliated”. Yes, well, but… I think most of us would love to be lured, hook, line and wristband, to Australia in the middle of summer to the world’s most livable city Melbourne. (Lure me now. I can take a little humiliation).

The Australian Prime Minister, Scott Morrison, who wears a permanent scowl and frown, is playing the headmaster and says rules are for everyone. But it appears the line calls between the layers of government in Australia have not been very clear.

The most disturbing aspect of this story is that Djokovic shares his immigration detention hotel, with real victims, who really have been crucified by populism, the Australian Government, and especially Prime Minister Morrison, who as Immigration Minister introduced draconian refugee policies such as the off-shore refugee processing centres, where no processing was, or is ever done.

The world’s number one has been in hotel detention for a less than a week. Shock, horror! Many of the guests on adjoining floors have been in detention, for about nine years (468 weeks).

They are refugees who fled from war, violence and persecution; families who risked their lives to dream of a life with a future. They survived perilous sea journeys (hundreds didn’t) and were then held in detention on far flung, hidden away islands such as Nauru in the Pacific and Manus island in Papua New Guinea. Some have been evacuated to Australia and to the hotel for medical reasons. Yes, medical reasons, such as depression, suicide, aggression, sexual abuse and self-harm. That’s what happens when you are held in lockdown for nine years because you are a refugee, and refugees who arrive by boat according to the Australian Government must be punished to ensure no other refugees have similar ambitious dreams.

Medhi Ali and his cousin Adnan were teenagers when their families urged them to flee Iran, where they faced systemic oppression as members of the Ahwazi Arab minority.

They have been beaten and abused. Adnan sewed his lips together in protest at his treatment

Their claim for refugee protection was formally recognised. They had a “well-founded fear of persecution” in their home country, and could not legally be returned there. Australia is legally obliged to protect them. It made no difference to their situation. They were shunted between island detention centres for eight years, before being sent to this infamous Melbourne hotel where they have spent almost a year. They have watched friends burn themselves to death and known the despair that has led them to attempt suicide themselves. They have been beaten and abused, jailed without reason. Adnan sewed his lips together in protest at his treatment.

They have grown from boys into men. They were 15 and 16 years of age when they arrived in Australia seeking sanctuary. They are now 23 and remain in permanent lockdown. Their youth has been stolen from them.

Perhaps the massive media glare attracted by Djokovic might shine a little light through the window of their hotel room and the many other adjoining rooms. Stories like these.