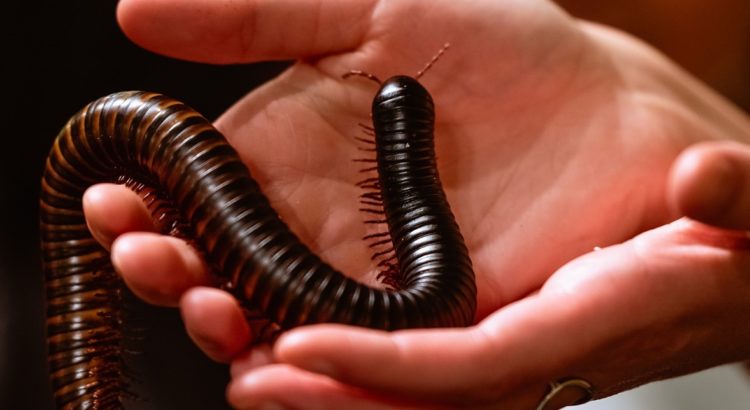 If you had both feet on the ground, you’d know that December 2021 was the month of the millipede (mille-pattes). This was a story that had legs. The right number. Yes, for the first time ever, a bona fide millipede was discovered in Australia. This millipede has 1036 legs, easily overtaking the leggiest millipede weighing in with a paltry 750 limbs.

She has been named Eumillipes Persephone. The name means “true thousand feet”.

She has been named Eumillipes Persephone. The name means “true thousand feet” with a nod to Persephone, the queen of the underworld in Greek mythology.

We’ve largely ignored or simply squashed millipedes underfoot. They perhaps deserve a bit more compassion and respect. After all, they first appeared about 400 million years before the first mobile telephone. They have enjoyed rude health in the evolutionary stakes, and are now said to number around 13,000 (known) species.

In comparison, our team, the primates, appeared just 70 million years ago. There are about 450 species of living primates.

Speaking of compassion, the closest human analogy to the millipede would be Avalokiteshvara, one of the most popular figures of the Buddhist pantheon of deities. In Tibetan Buddhism he is also known as Chenrezig and is often painted as a figure with 1000 outstretched hands (see below). The Dalai Lamas are believed by Tibetan Buddhists to be manifestations of Avalokiteshvara or Chenrezig, the Bodhisattva of Compassion and the patron saint of Tibet. 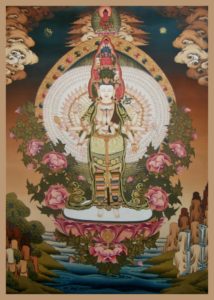 As for centipedes… they have had bad press. The worst. Hollywood has dined out on Human Centipedes, a remarkably horrible series of horror films. Three films have been made, which means only 97 remain in the series. Word of mouth, or anus-to-mouth, is that the films are difficult to digest. Respected film critic, Roger Ebert, refused to assign a star rating, explaining that the depraved effort “occupies a world where the stars don’t shine.” 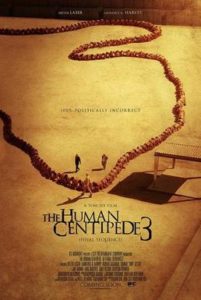 In real life, centipedes are quite different to millipedes. Centipedes use venom to kill their prey, mostly insects. The Peruvian giant yellow-leg centipede also eats bats.

The millipede is vegetarian. They love nothing more than a plate of decomposing plants.

Once upon a time, they were rather large; and maybe not 100 per cent vegetarian. The fossil of one of the most complete specimens of the giant millipede, Arthropleura, will be on display next month at the Sedgwick Museum of Earth Sciences at the University of Cambridge. This millipede lived about 326 million years ago. It measured in at around 2.5 metres in length and weighed around 45 kgs.