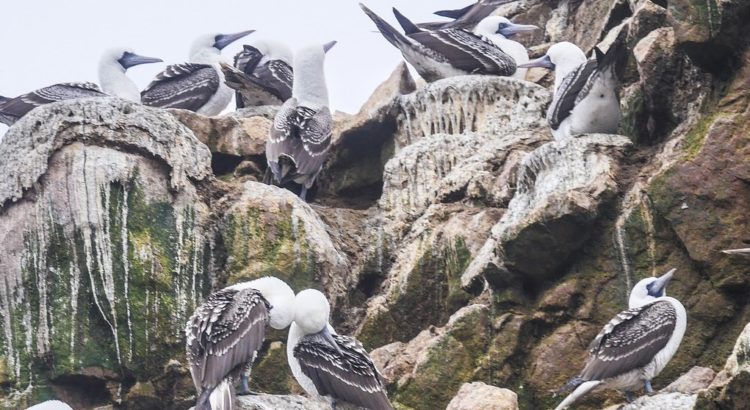 The third smallest sovereign nation in the world, after the Vatican and Monaco, is the tiny island of Nauru.

This far-flung speck in the Pacific Ocean has a tale to tell about the rapacious nature of the modern human. 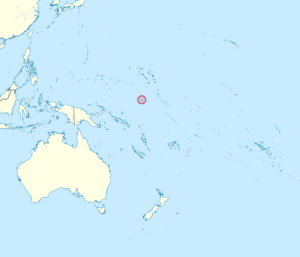 The 21 square kilometre island was once a lush tropical paradise.

For hundreds of thousands of years, long before the first humans arrived, migratory birds used the island as a pit-stop, or restroom, the polite term used by Americans for a toilet. They covered the island in a thick layer of excretion which fossilised over the years. It’s better known in polite circles today as guano, a high-grade phosphate concentrate used to produce fertiliser.

From shit came enormous wealth. It took only 30 years to strip mine (extraction à ciel ouvert) the phosphate and ship it overseas, mostly to Australia. By the 1970s, phosphate mining had transformed Nauru into the Kuwait of the Pacific, one of the “richest” nations, per capita, on the planet.

It also transformed the island into a barren, rocky outcrop where few things can grow. More than three-quarters of the island is now inhabitable, which leaves little leg room for the populations of 11,000. Climate change and disappearing coastline is cramming things even more. Nauru’s people are front-line climate refugees.

Today, the “rich” islanders have the world’s highest rate of obesity. More than 60 per cent of the population are classified as obese. The island also has one of the highest rates of type 2 diabetes.

The island is sick and its people are sick. Paradise lost. 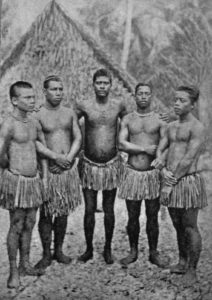 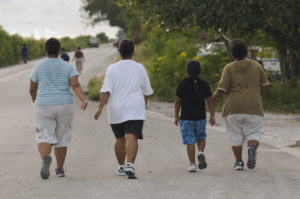 The island’s government is examining the option of relocating the island’s population to another island. With rising sea levels, Nauru’s people may earn the double distinction of becoming the planet’s first environmental and climate refugees.

When the last of the guano was scraped away, Nauru tried to reinvent itself as a tax haven and money-laundering hub. According to the Russian central bank, about $70 billion of Russian mafia money vanished into Nauruan accounts in 1998.

Nauru also uses its membership of the UN general assembly as a money-making exercise. It has allegedly received tens of millions of dollars in exchange for “recognising” countries, such as the Russian-backed breakaway republics of Abkhazia and South Ossetia, according to media reports.

It is now dependent on foreign aid mostly from Australia. But there is no such thing as a free lunch.

The Australian Government uses the island as one of its controversial off-shore processing centres for refugees or boat people trying to get to Australian shores. It’s a particularly cynical use of language because the refugees on the island are not processed or resettled. They are basically prisoners hidden away in the middle of the Pacific. Journalists are forbidden entry to the island.

The Australian Border Force Act carries a prison sentence of up to two years for any staff member working in offshore detention who makes an “unauthorised disclosure” – that is, speaks publicly about conditions inside the camps.

Last month the Australia announced the closure of two similar centres in Papua New Guinea. But Nauru will remain open for business.

It’s a costly business. The cost to Australian taxpayers to hold a single refugee on Nauru has escalated tenfold to more than $350,000 every month – or $4.3m a year, according to a report in the Guardian newspaper in November 2021. The report says:

By August 2021, the number of asylum seekers and refugees held on the island had fallen nearly tenfold, but the costs of running the offshore program remained broadly static. In that month, there were 107 refugees and asylum seekers on Nauru at a cost to taxpayers of $464,486 a month for each person, or more than $15,000 a day.

Writer and activist Naomi Klein says it’s a case of the climate change refugees of tomorrow playing prison warden to the war refugees of today.

The nightmare is still unfolding. Nauru’s story transcends the language of exploitation, colonialism, environmental degradation, rampant capitalism and greed. It is a story about the rapacious nature of our species.

More reading: A Pacific Nation is Stripped of Everything – New York Times

More reading:  Cost of Australia holding each refugee on Nauru balloons to $43 million per year