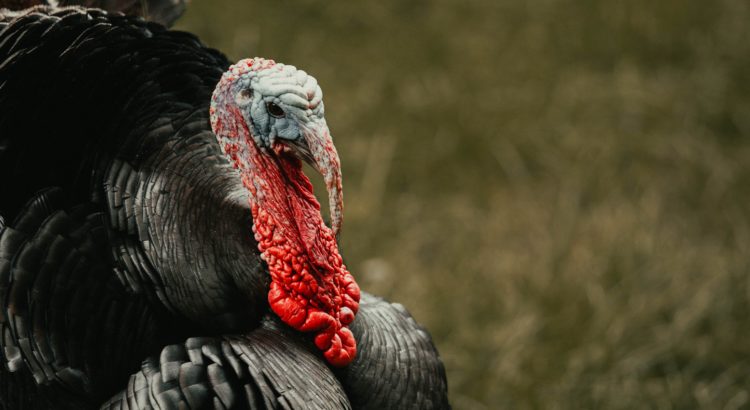 Of course, there is a story behind each day, that over the years has been shaped to fit to the appetites of modern life, which could be best described as gluttony and consumerism.

Let’s start with gluttony. Thanksgiving is not a good time to be a turkey. About 45 million turkeys will be consumed.

You don’t have to be an animal rights supporter to feel a bit of empathy for the turkey. Unlike the first Europeans, the turkey is no newcomer to this land. It’s a true native. The earliest turkeys can be traced back some 20 million years and were first domesticated by the indigenous people of Mexico about 2000 years ago. 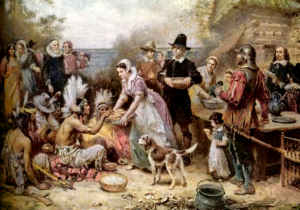 Thanksgiving, as the name suggests, was a feast of thanks for the first harvest, celebrated by the newly arrived Plymouth colonists, a group of religious refugees known as separatist puritans (big fans of our own Jean Calvin) in 1621. The population was just 50. They were the survivors. Almost half of the original pilgrims of 1620 died during the first Winter. The majority of the guests were in fact the indigenous people; Wampanoag chief Massasoit and 90 of his men are said to have supplied five deer for the feast.

In retrospect, today’s Wampanoag people might not view this meal as a feast of thanks

The Wampanoag people taught the poorly equipped Europeans how to cultivate the varieties of corn, squash, and beans (known as the Three Sisters) that flourished in New England, as well as how to catch and process fish and collect seafood. They enabled the Pilgrims to survive their first winters.

We have no record of the feast menu, but we do know that fowl was plentiful. They may have eaten duck, geese, swan or turkey. Probably a dozen or two of our feathered friends would have filled the bellies of the settlers and the Wampanoag people, which translates as People of the Dawn.

In retrospect, today’s Wampanoag people might not view this historic meal as a feast of thanks. Sixty years later their population had dropped by 60% after an epidemic, believed to be introduced by the Europeans, decimated the population. In some areas mortality was as high as 90%. In hindsight, the Wampanoag might regret having been so accommodating.

So, today it’s the family feast.

All the family gathers around, a logistics nightmare, as an estimated 55 million people take to the air, roads and rails.

And let the eating begin. Accounting for appetisers and desserts, the average American will consume over 3,000 calories. A normal dinner is between 600 – 1000 calories. It’s a pre-Christmas warm-up.

The next day is Black Friday. It’s peak consumerism. In 2005, Cyber Monday entered the shopping vocabulary and is now the biggest online shopping day of the year in the States.

Last year, Cyber Monday overtook Black Friday in total sales for the first time. Consumers spent about $9 billion on the Friday and another $10 billion on the Monday.