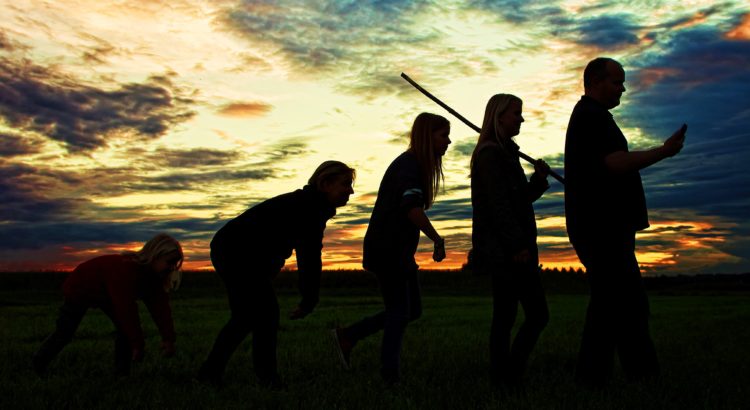 The Cosmic Medical Centre was busy, but Humanity had to wait just five minutes before the nurse called them.

The nurse opened the door and there, behind a solid oak desk, the cosmic doctor looked up, peering through his bi-focals.

“Aaah, yes, we’ve been expecting you Humanity. Please sit down. We’ve got all your tests back. Not looking so good, I’m afraid. Sit, sit please…

“Hypertension, anxiety, stress and depression. Middle age and its aches and pains have come quickly to you Humans. Faster than most species.  Millions of years faster. The dinosaurs make your look like amateurs. By the way, your fertility has dropped considerably, probably a result of the above. This current pandemic probably doesn’t help.

“A change of lifestyle would be good, but unfortunately as you know,” he paused, and looked up at the patient, “it’s rather difficult to change your genetic predisposition.”

You have such an odd sense of superiority

“Impossible, actually,” the doctor smiled, paused and then continued, “…despite your fantastical efforts. You are blessed and cursed. You are conscious, unlike most of your fellow life forms. But still, more than a touch conceited to imagine that you can shape your own future. You are just current in the drift of genes, just like all the other life forms that come here. You have such an odd sense of superiority. You come in here calling yourself Humanity. Do you think the frogs and the cows have a collective belief that they can take charge of their destiny? There is no such thing as Humanity, nor is there Frogity or Cowity. Just another of your many misguided myths.

Do you really think the lottery you call Progress and Science can free you from the life of an animal?

“You know you were once animists who shared a common destiny with the other animals and now you think you are in charge, of not only your own destiny, but also that of the Earth. I mean, really, do you think the lottery you call Progress and Science can free you from the life of an animal?”

The doctor raised his hand. “No, I don’t want to hear anything from you. Not yet.”

“You know, we had Earth in last week for a complete examination. There was long list of ailments; excessive gas, heat rashes, breathing difficulties, hot and cold flushes, dry surfaces, artery poisoning and loss of surface vegetation.

“We traced all these disorders back to one cause: you. Yes, you.”

Humanity shifted uneasily in its chair. The doctor raised his hand again.

You have infected your host. You have become a pathogenic organism like the cells of a tumour. Or a virus, if you like.

“No, it’s my turn to speak. You have infected your host. You have become, for want of a better term, a pathogenic organism like the cells of a tumour. Or a virus, if you like.

“Look here’s the report here: Read the first line. Read it for yourself.”

The doctor thrust the paper in front of Humanity’s eyes. Humanity began to read: “The Earth (solar system B-1873HGFY74) is suffering from a plague of humans.”

“Your population is now around 7.8 billion. It has doubled in less than 50 years. Honestly, it’s not the numbers that are the problems. It’s your predatory and destructive abilities.

“We’ve already got a name for the next geological period – the Eremozoic – the era of solitude when little remains on the earth. Basically, you’ve killed it all. It’s sad, but understandable that you’re all getting rather obsessed with space.

We call it a correction. You might call it Armageddon.

“But before that new epoch rolls in, you are most likely going to suffer considerably. We call it a correction. You might call it Armageddon.

“Population spikes don’t rise forever. You just have to look at mice and rabbits. The collapse, when it comes, will occur over a relatively short period of time, but will see your population fall to one or two billion at the most.

“You know you cannot destroy the Earth, but you can easily wreck the environment that sustains you and other life forms.”

Humanity slumped in its chair, then raised its head: “How long have we”…

It’s not always about you

The doctor cut Humanity off with a deep sigh and hand in the air. “You haven’t been listening, have you? It’s not always about you.”

“Not much really,” the doctor replied.

“Perhaps give up the idea that progress will somehow preserve your oblivion. Being idle is not a sin. Try doing nothing sometimes. Stop pining for meaning in life. And stop pining for immortality. Sanity is in the stillness. It’s just life.”

Many of the ideas expressed in the above article come from the book, Straw Dogs: Thoughts on Humans and other Animals, by John Gray. He is an English political philosopher and author with interests in analytic philosophy and the history of ideas. He retired in 2008 as School Professor of European Thought at the London School of Economics and Political Science.

Black Mass: Apocalyptic Religion and the Death of Utopia (2007)

The Silence of Animals: On Progress and Other Modern Myths (2013)

2 réponses à “Humanity… we’ve got your tests back. Not looking so good, I’m afraid.”