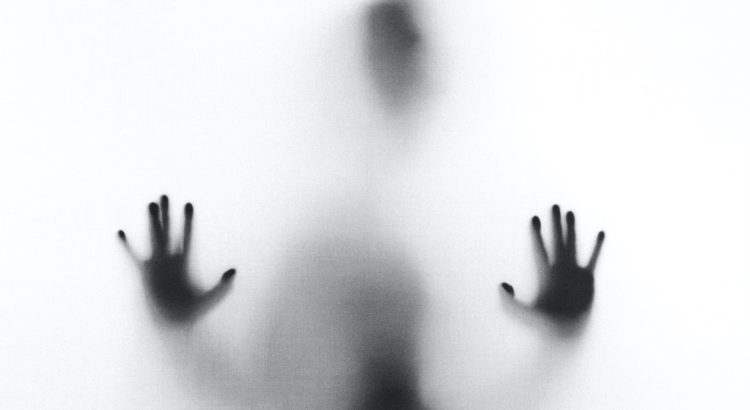 The worst night of his holiday in Africa, Roberto recalls, was the night the doctor came to his bungalow.

His body was racked with 41-degree fever. The chloroquine medicine prescribed by the doctor to fight the Coronavirus was triggering debilitating palpitations. He thought his racing heart would burst. On top of that, he’d had severe food poisoning and his insides felt they had been pulverised.

His eight-day adventure with friends to a country in Africa, which will remain unnamed, had spiralled into darkness and despair.

“I was thinking about recording my final words into my telephone to send to the person I love. I was, as lucidly as I could, framing my farewell,” Roberto said.

That night, Roberto (not his real name), a transformation and self-defence instructor from Geneva, said the doctor sat half-hidden in the darkness outside the bungalow. The doctor looked to his left and right to make sure no-one was within earshot. He then spoke to Roberto.

His tone was cold. All semblance of the Hippocratic Oath had gone. The voice from the shadows said:

“Now, this is what you are going to do. You’re going to buy me a car in Geneva and send it to me. Do you understand?”

Let’s be clear. This is a true story. It happened in April this year.

It was meant to be a short adventure. On-the-road again. Time to break the shackles of the pandemic which had grounded most of us.

Two couples, Roberto and his girlfriend and another couple, flew from Geneva to Belgium and onto their African destination where a mutual friend had planned an adventure safari.

It all went pretty well, until the four had their Covid tests before flying back to Geneva.

Three were negative. Roberto was positive. He reassured the others he would be back soon. Reluctantly, they departed, back to their busy professional lives in Geneva.

I felt like a chicken being slowly plucked and then slowly roasted.

Roberto was confident. He is a well-travelled man, fit and strong, physically, and mentally. He has undergone advanced military training and is a qualified instructor of Krav Maga, the self-defence method used by the Israeli army.

Despite his impressive pedigree, he was lucky to get home alive.

“I was a prisoner. I couldn’t leave without a negative test. I was a hostage. The hard reality came the night the doctor told me, if I wanted to get onto a plane to Geneva, I would have to buy him a car.

“I felt like a chicken being slowly plucked and then slowly roasted.

“I was helpless. I was in a zombie state in the 35-degree heat and with a 41-degree fever. I had no sense of taste or smell and I had eaten something that destroyed my insides.”

In the end, the 8-day adventure turned into a 32-day marathon. Roberto lost 6.2 kgs. When we spoke, almost two weeks after his return, he said his energy level was still at only 25 per cent.

“I knew that if I reacted angrily or violently in any way, shape or form, I would have more problems and probably end up in jail

“The worst was the mental torture. I was completely isolated and at the mercy of people who wanted to milk me for anything they could get. The doctor was accomplished. He knew how to play mind games. He had me on a string.

“I promised him I would do my best when I got back. Luckily, I couldn’t withdraw cash with my credit card. My cash reserves, of which he had taken most, were almost finished. I tried in my poorly state to remind him of the oath he had sworn when he became a doctor – ‘to do no harm’.

“I knew that if I reacted angrily or violently in any way, shape or form, I would have more problems and probably end up in jail. I had to keep my cool.”

Roberto had just enough strength to communicate with his girlfriend of nine years in Geneva, when the Wi-Fi was working. The heat played havoc with the keyboard of his iPad. One day it took him five long hours to fill-in an immigration-exit form.

He spent his days in feverish isolation on two phone apps – one to learn Greek and another to learn to play the ukulele. He watched bits of Netflix, of which he remembers nothing. He also prayed and meditated.

It was not unlike the pages of a Stephen King novel, where impending doom grows day by day, hour by hour

What was meant to be a relatively simple recovery became more and more twisted and dark, not unlike the pages of a Stephen King novel, where impending doom grows day by day, hour by hour.

He stopped taking the medication after he almost died twice, unable to breathe as his heart rate accelerated into techno beat. He didn’t tell the doctor.

“I was saved by my loving girlfriend, my two wonderful travelling friends, family and Touring Club Suisse (TCS). My girlfriend kept me sane, positive and fed me love. My friends spent hours listening to me rambling on. TCS called me regularly. They told me to immediately stop taking the medicine. They were polite, respectful and professional and contacted the doctor. It was no longer just mind games between him and me. The outside world knew what was going on.

“I owe them all a debt of gratitude. They kept me afloat.”

In all, Roberto had five COVID tests. The doctor told him he had to take two tests two days before his flight left on a Sunday. On the Saturday he paid for the tests. He finally got the results only minutes before he had to take the taxi to the airport.

“I still wasn’t safe. I had to pass through five security check points before I could get on the plane and the doctor who primarily worked at the airport had subordinates at each check point on the road and at the entry and inside the airport. I was very aware they might not let me get onto the plane. I was checked and double-checked and triple-checked. I was followed inside the airport. Luckily, I was flying business class so I could wait in a private lounge, away from the airport public area. I then tried to hide myself in the crowded section of the airport. It was a game of cat and mouse.

“As I got on the plane the doctor started calling, texting and emailing me. I turned off my phone.

I was sitting there in a fog of emotional exhaustion

“Only after we took off, I started to feel relatively safe. The flight attendant gave me a glass of Perrier with ice and a slice of lemon in a clean glass. It was surreal. I was sitting there in a fog of emotional exhaustion.”

“When I turned my phone on in Geneva the next day, there were 17 messages and videos demanding money. Just crazy,” Roberto said.

In hindsight everything is clear. Roberto says the decision to travel was immature and selfish and he paid the price for this.

“I did something stupid,” Roberto said.

He has plenty of suggestions for would-be travellers in these pandemic times.

“Map everything out before you leave. Make sure you have good insurance. Know where you can find reliable medical help. Know the contact details of the nearest embassy. And if you can, take medicine with you. Don’t go without a laptop. Prepare for the worst. Sometimes it arrives.”

There are more relaxing ways to learn the ukulele, Roberto said.

Check the meaning of the words in bold:

to be racked with – suffering great physical (or mental) pain

to pulverise – to feel crushed or defeated

to be within earshot – near enough to be heard. Opposite – out of earshot

to break the shackles – to unchain yourself, break free

to be grounded – cannot fly – the flight has been grounded.

pedigree – a person’s history, often used to talk about dogs of the same breed.

to pluck – to pull the feathers off a bird before cooking it.

in hindsight – the understanding that you have of a situation only after it has happened and how you would have done things in a different way.