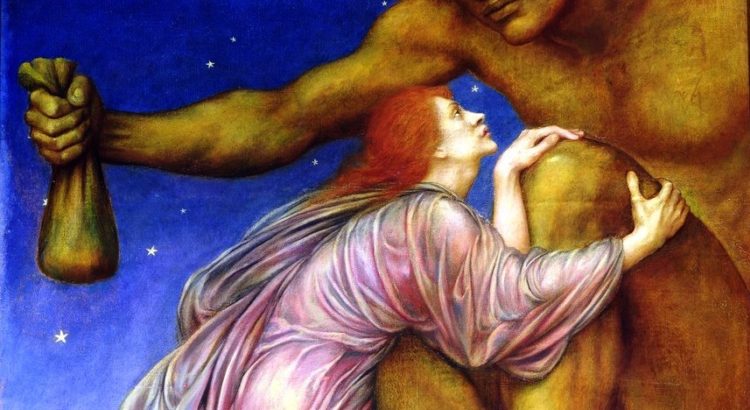 It pays to reflect on one’s sins (péchés) every now and then. Are you envious? If so, you are a sinner and you are suffering from one of the seven capital sins, according to Christian theology.

Christian theology has dictated the lives of millions of people for centuries, and it does not allow for grey areas; you are either a sinner or you are not. Since none of us is perfect, we are all sinners.

But it is not all bad: you can repent, confess and atone (expier) for your sins, one way or another. Or be punished. Just not the way it is described in Seven (or Se7en); one film noir I know I’ll never watch again, Brad Pitt or no Brad Pitt.

The seven capital sins are so bad that they can engender other sins. For example, if you are greedy, you could commit theft (a mortal sin) or you could think about theft (a venial sin). A mortal sin can be compared to a malignant tumour in your soul, and a venial sin to a minor infection.

Here is the parade of the seven capital sins – also known as the seven deadly sins:

(1) Pride: pride can be a positive feeling. You can feel proud when you have done a good job, or if your child succeeds at university (she’s “my pride and joy”), or if you have self-respect. But on the negative side, pride is the feeling you are better or more important than other people. You can also call it conceit, vanity, arrogance, pretension. A common saying: her pride will be her downfall. Many think pride is the mother of all sins. It can lead to (result in) tribalism, racism, vendetta and wars. Pride can be overcome with its corresponding virtue, that is, humility.

(2) Greed: greed is the desire to have more of something, such as food or money or power, than is necessary or fair. You can also call it avarice, covetousness, hunger. It is in my opinion the king of all sins. It can lead to corruption, theft, murder and. wars. And really bad politics. What would the world be without greed? Its corresponding virtue is charity.

See Garry’s recent blog: Madoff made off with billions. The name says it all.

(3) Lust: lust is a feeling of strong sexual desire for someone. Nothing wrong there – and a lot of fun, but it starts being wrong if you lust after your neighbour’s wife or husband. You can also call it lechery, sensuality, licentiousness. It can lead to adultery, sex addiction, and so many more undesirable acts – as well as the occasional STD (sexually transmitted disease). The corresponding virtue is chastity.

(4) Envy:  envy is when you wish you could have what someone else has. You can also call it covetousness, jealousy, resentment. There is a fine line between admiration and envy. Don’t cross that line, or you’re in for a roller coaster of unjustified anger, self-pity and murderous thoughts. It is also bad for your complexion, apparently – you could become “green with envy”. The corresponding virtue is gratitude.

(5) Gluttony: gluttony is the act or habit of eating or drinking too much. You can also call it greed, rapacity, voracity. The sheer amount of diet books and programs and alcoholic-related diseases out there says it all: we are, in the rich world at least, real gluttons. And our planet is suffering from the amount of hamburgers we consume. You only have to read about the farting cows. The corresponding virtue is temperance.

(6) Wrath: also known as anger, rage, or temper. Very frightening. It can lead to vengeance and violence. Angry people spread chaos and fear. Keep away from them. The corresponding virtue is patience.

(7) Sloth: so lazy it has to come last in this parade of sins. Sloth is laziness. It is the friendliest of sins: a lazy person is less likely to succumb to greed or lust or pride, simply because he can’t be bothered. But sloth will lead to a life of short cuts, sagging sofas, sweat pants and divorce. Nothing can be achieved with sloth. Set a little time aside for sloth if you need a break, but not too much … The corresponding virtue is diligence. 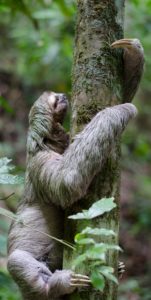 Vocabulary: all words in bold are in the vocabulary quiz below.

Subscribe. Abonner-vous. It’s easy. Add you email address to the box, on the right hand column of this page

Expressions with the word “sin”

He was a terrible person but now he wants to atone for his sins. (He wants to show he is sorry for what he did.)

We went to Sin City and lost a lot of money gambling. (Las Vegas, Nevada)

She was living in sin with her boyfriend. (They lived together but they were not married).

‘Strong, centralized government’ is a term that can cover a multitude of sins. (It does not reveal its true nature.)

and worship without sacrifice.”

Here are seven more quotes for you to match with their author:

Match the words in the text above with their definition:

a. a sudden loss of power, status, or success

b. to do something illegal or morally wrong: commit a crime, an offence, murder, a robbery, adultery, suicide.

c. to succeed in dealing with or controlling a problem

d. if there is a fine line between two things, they seem very similar and it is difficult to see a difference between them

e. The crime of stealing.

g. Not very serious, and therefore easy to forgive.

h. reasonable and morally right / where everyone is treated equally

a. a way of saving time or effort in doing something, often a method that produces a result that is not good enough (in this context)

b. to understand and express something such as people’s beliefs or attitudes

c. used for saying that someone will not do something because they feel lazy or because it is too much effort (I said I’d go out with them tonight, but I can’t be bothered).

d. an immoral action that is not very serious or harmful

e. to not be enjoyable

f. to be going to experience something, especially something unpleasant (It looks as if we’re in for some stormy weather).

g. the appearance of the skin on someone’s face.