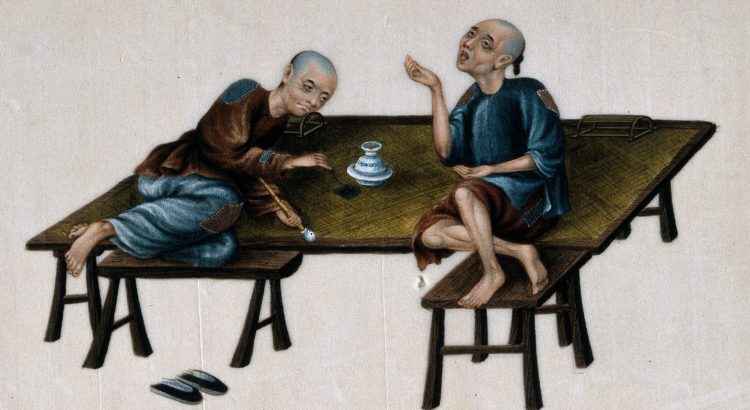 England’s national flower is the red Tudor rose. But the prickly truth is that the English owe much of their wealth to another flower; the poppy.

The British empire was bankrolled by the highly addictive drug opium, the milky fluid of the flower of the breadseed poppy (papaver somniferum).

During the 1800s the empire managed a massive drug cartel based in British India that was both state-sponsored and under Royal patronage.

Plantations of poppies in India

The British controlled massive fields of poppies farmed by Indian slave labour. They built industrial-scale opium factories. They then smuggled hundreds of thousands of tonnes of the highly addictive drug into China during much of the 19th century.

These lithographs below, published in the Scientific American in 1882, show the British opium factory in Patna in the eastern state of Bihar. The first is entitled The Drying Room. The football-like shapes in the foreground, stretching back as far as the eye can see, are thousands of balls of opium. 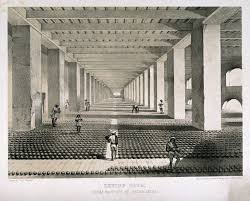 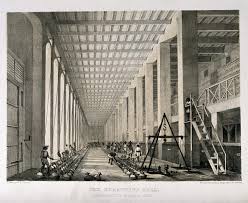 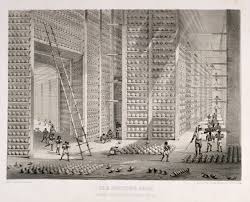 and confirm your subscription when you receive our email

The operation was managed by the British East India Company, a trading company owned by wealthy English merchants and aristocrats, which operated under Royal charter.

Indian author Amitav Ghosh says opium formed as much as 20 per cent of the British Government colonial revenues. 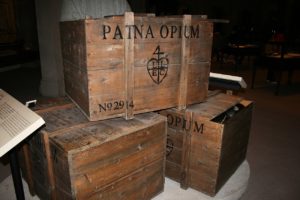 Each chest of opium (above) contained about 54 kilos of semi-processed opium.  An average ship could transport about 1,000 chests from Calcutta to the port of Canton (Guangzhou) in 25 days.

The imbalance in trade was eerily similar to that of China and the US today.

Back then, European demand for Chinese tea, silk and porcelain was soaring. However, the Chinese were relatively self-sufficient and demand for European goods was almost non-existent. The Chinese demanded payment in silver which began to put pressure on the British coffers.

The extraordinary idea of using a narcotic to redress the massive imbalance in trade was conceived by the first Governor General of British India, Warren Hastings, in 1780. Within 10 years, demand for the highly addictive drug had begun to spread and multiply.

The British East India Company circumvented a Chinese ban on opium by sub-contracting opium transportation to ‘country traders’ – a delightful euphemism for smugglers. These private traders were licensed by the company to take goods from India to China. They sold the opium to smugglers along the Chinese coast for silver and gold which was then paid to the British East India in China. The company then used the silver and gold to purchase goods that could be sold profitably in England. 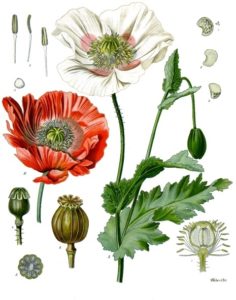 By the 1830s the balance of payments had swung back in favour of the British, but at a devastating cost for the Chinese. There were an estimated 12 million opium addicts in around the coastal regions, where an estimated 80 per cent of males under the age of 40 were addicted to opium.  Society, business and government began to collapse.

The Emperor Daoguang, denounced the English as “a Christian nation devoid of four of the five Virtues”

The reigning Emperor Daoguang denounced the English as “a Christian nation devoid of four of the five Virtues”. He appointed the respected statesman Lin Ze-Xu as the Canton regional Commissioner.

Commissioner Lin calculated that in the fiscal year 1839, Chinese opium smokers consumed 100 million taels‘ worth of the drug while the entire spending by the imperial government that year was only 40 million taels.

He wrote “if we continue to allow this trade to flourish, in a few dozen years we will find ourselves not only with no soldiers to resist the enemy, but also with no money to equip the army”.

Lin forced the merchants to handover nearly 1,200 tonnes of opium stocks. It took 500 workers 22 days to destroy the opium. The British reacted swiftly and went to war; the first of the two Opium Wars, which the British won easily with their superior arms and ships.

China was forced to give over the island of Hong Kong

The spoils of war were immense. China was forced to give over the island of Hong Kong (it remained under British control until 1997), open five ports to Western trade and residence, grant Great Britain most-favoured nation status for trade, and compensate the merchants whose opium had been destroyed.

They were also were forced to legalise the opium trade. It was the start of what Chinese historians refer as the “century of humiliation“.

In 1888 Rudyard Kipling, author of The Jungle Book, write a short essay about production at the Ghazipur Opium factory. He finished his essay with this sentence:

“And this is the way the drug, which yields such a splendid income to the Indian Government, is prepared”.

Sea of Poppies (2008) is the first of three novels by Indian novelist Amitav Ghosh which is set in India at the time of the first Opium War.

NB: The poppy worn in memory of those killed in the First World War is the red-flowered corn poppy (Papaver rhoeas)

This article is a modified version of an article first published on the website of the Swiss magazine Bilan.