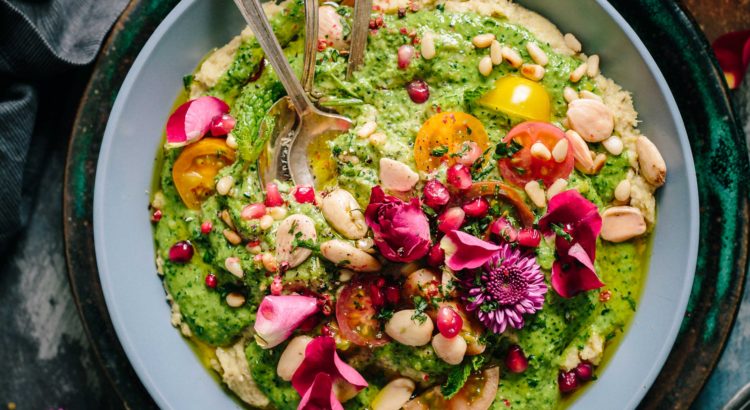 (The origin of the restaurant. Level B2+)

Food. Glorious food. It’s one of our great pleasures and an eternal subject of conversation. Many English words that concern cooking and eating come from the kitchens of France. Terms such as cuisine, omelette, entrée, sauté, au gratin, cordon bleu, toast, vinaigrette, paté… have slipped seamlessly into English like an oyster down a diner’s throat. I could go on, but I may start dribbling on my keyboard.

And, of course, the restaurant. Remember restaurants? A favourite place to be, armed with a knife and fork and with a napkin, (not a mask), tucked under your chin.

A restaurant was originally the name of a soup

The word restaurant was originally the name of a soup. It was the term used for a meat soup or bouillon – made from concentrated meat juices and considered to be quasi-medicinal back in the 16th century . It was a dish to restore/restaurer the strength and health of the diner. The English called it a beef tea. A dictionary of 1708 defined restaurant as a “food or remedy that has the property of restoring lost strength to a sickly or tired individual”.

Thanks to the French revolution – restaurants, as we know them today – started to take off. Royalty and nobility lost their heads in the guillotine and their chefs and kitchen staff lost their jobs. To put food on their own tables they began opening their own restaurants.

Thanks to the French revolution – restaurants, as we know them today, started to take off. Royalty and nobility were rendered headless and their chefs and kitchen staff rendered jobless.

It is widely believed, and disputed by some, that the first restaurant was opened in 1765 by a Parisian named Boulanger. Boulanger’s establishment on rue des Poulies, near the Louvre, served mostly bouillons or restaurants, in other words, meat soups or broths.

Boulanger painted on his shop window the Latin invitation: “Venite ad me omnes qui stomacho laboratis et ego vos restaurabo” (Come to me all who suffer from pain of the stomach and I will restore you);  a play on the words of Jesus found in Matthew 11:28: “Come to me, all who labor and are heavy laden, and I will give you rest.”

But, it was not the French that introduced the concept of a à la carte menu to a youthful United States of America in 1837. It was Swiss immigrants; two brothers Gian and Pietro Del Monica and their cousin Lorenzo Delmonico from Tichino, the Italian part of Switzerland.

Subscribe to our blog. Leave your email address (right-hand side column) and confirm your subscription when you receive our email. It’s free. 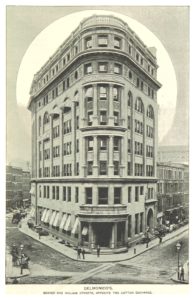 Delmonico’s Restaurant was the first à la carte luxury restaurant in New York, and for almost 100 years defined “haute cuisine” in America. Delmonico’s introduced to America the French concept of a menu, with a range of plates at different prices. Patrons could dine at any time. Food was served on fine china. The menus were in French and English.

Prohibition (the criminalisation of alcohol consumption) spelt the end of restaurants like Delmonicos. The only place to drink a glass of wine was in safety of your own home with the doors locked.

Delmonico’s also introduced the luxury of private dining rooms where discreet entertaining was the order of the day. The basement held the largest private wine cellar in the city – an impressive 1,000 bottles of the world’s finest fermented grape juice.

Delmonico’s was legendary, not only for its food, but for its high prices and its celebrated patrons. US presidents, the Vanderbilts, the Rockefellers, the Morgans, the Astors, the Goodyears, the grand dukes of Russia, the Prince of Wales, Napoleon III, Charles Dickens and Mark Twain all tucked a napkin under their chins in this fine establishment.
The Delmonicos were quite brilliant at marketing. Legend has it that the pillars at the entry to their restaurant came from the ruins of Pompeii. 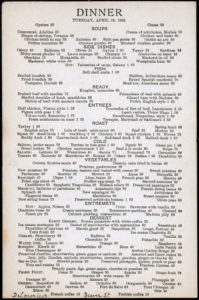 “Delmonicos:  Good enough for every President since Lincoln”, was their wonderful marketing line.

By the 1880s there were a chain of 10 Delmonico restaurants in New York.

Prohibition (the criminalisation of alcohol consumption) spelt the end of restaurants like Delmonicos. The only place to drink a glass of wine was in the safety of your own home with the doors locked and the curtains drawn.

Delmonico’s Restaurant still exists today and feeds off the legacy of its entrepreneurial Swiss founders.