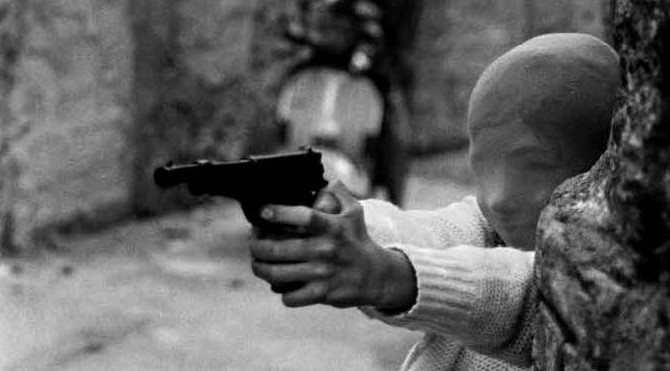 When photographer Letizia Battaglia first began taking pictures of the carnage of the mafia in Palermo in southern Italy in the 80s, she would often arrive on a murder scene at the same time as an elderly photographer in suit and tie.

This gentleman travelled with a prickly pear cactus (cactus de figue de barbarie) in a pot in his car. After inspecting the murder scene, he would return to his car, retrieve the cactus, and place it near the body. And then take his photograph.

It was an odd ritual, but if you have worked in marketing you would instantly recognise his modus operandi: product placement and brand awareness. The prickly pear cactus (opuntia ficus indica) is the national plant of Sicily. It was introduced from central American in the 15th century and colonised Sicily.

Like the mafia, its roots and spikes flourished and embedded themselves into the Sicilian landscape and culture. The prickly pear in a pot next to a corpse says Sicily, a grotesque nod to an honorific code of corruption and brutality.

She was kidnapped, her equipment destroyed and her life threatened numerous times, but she never took her finger off the shutter-release button. She refused all offers of protection.

Ms Battaglia’s work took the focus away from the romanticism of the mafia. Her stark black and white photos over the last 40 years have documented and denounced the atrocities of the mafia. Her stoic presence and eye have played an integral part in galvanising a civil movement that has fought to hold the mafia to account.

Now in her 80s, she is the subject of a book written by writer, journalist and investigative reporter Sabrina Pisu who lives in Geneva. 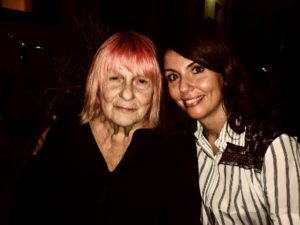 Mi prendo il mondo ovunque sia (I take the world wherever it is) – explores “a photographer’s life between civil passion and beauty.′′ It is available only in Italian at this stage and examines the life and work of Italy’s most famous female photo-journalist. It was first published late last year and is now in it is second print run. It will be available at Geneva Payot when bookshops reopen.

Sabrina Pisu, like her subject, is no stranger to the workings of the mafia. Her book Il Caso Matttei written with prosecutor Vincenzo Calia examines the assassination of prominent Italian politician Enrico Mattei whose plane exploded in mid-air in1962; and the years of lies and cover-ups, deaths and disappearances that followed. The book has won numerous awards for its fastidious and fearless reporting.

In 2017, Ms Battaglia was chosen by The New York Times as one of its 11 women of the year. She was the subject of the documentary Shooting the Mafia (2019) directed by the British filmmaker Kim Longinotto.  She also inspired and starred in the movie by Franco Maresco, La mafia non è piú quella di una volta, (The Mafia Is No Longer What It Used to Be) which won the Special Jury Prize at the 76th Venice Film Festival.

Ms Battaglia began working as a press photographer just as the Second Mafia War began in the late 1970s. In the decade that followed, rival mafia factions turned on each other and anyone who obstructed their grab for control of the drug trade. 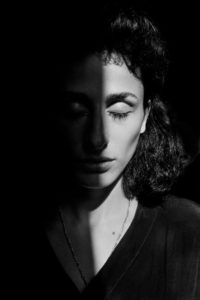 Portrait of Rosario Schifani, taken at the funeral of her husband, a bodyguard killed in a car bomb that targeted Giovanni Falcone, a fearless anti-Mafia judge – Letizia Battaglia

It was a busy time for a photographer on a daily newspaper whose ear was glued 24/7 to the police radio. At the height of the violence, there were sometimes four or five murders per day. 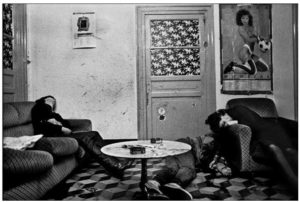 Triple homicide after a prostitute tried to sell drugs without permission of the mafia. Palermo 1982 – Letizia Battaglia

She used her camera as a weapon. Ms Battaglia and other photographers blew up graphic photos of the murders and pasted them around the square of the mafia village stronghold of Corleone – a public taunt and a dare to the mafioso to admire their gruesome handiwork.

She was kidnapped, her equipment destroyed and her life threatened numerous times, but she never took her finger off the shutter-release button. She refused all offers of protection.

Two of her images were crucial in proving former prime minister Giulio Andreotti’s links to organised crime. They showed him in the company of a high-ranking mafia figure, whom he had publicly denied knowing.

Ms Battaglia was one of the leaders of the Palermo Spring in the mid-1980s, when thousands of Sicilians began to speak out. They took to the streets to denounce the Mafia, alongside Palermo’s mayor, Leoluca Orlando, who was recently re-elected for a fifth term. 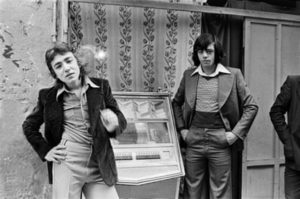 Ms. Battaglia herself, won a seat in 1985 on Palermo’s City Council and then later in the regional Parliament.

Ms Pisu says the book aims to preserve the memory of the events and the brave people who took a stand. She says it’s a testimony for future generations; a time that should never be forgotten.

“It’s hard to imagine or understand there was a war around their city when there was peace in the rest of Europe. Letizia is a feminist icon for the young people and woman of Italy. She proved it is possible to be brave and engaged against all odds;  a remarkable woman armed with just a camera and a sense of justice and a big heart filled with love”. 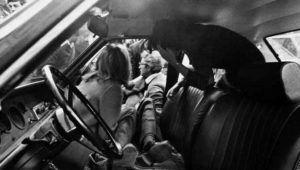 Piersanti Mattarella was assassinated in his car by the mafia while he held the position of President of the Regional Government of Sicily. He was the brother of Sergio Mattarella, who has been the President of Italy since February, 2015 – Letizia Battaglia