It isn’t easy changing the way we speak. We may learn a second language, but we acquire our mother-tongue or first language intuitively by imitating our parents, carers and later our peers. Changing ingrained and unconscious habits such as sexist or man-centred or racist language needs discipline and awareness.

The popularist tabloid screechers who claim to represent the average person (which replaces the common man and the man on the street), slammed the BBC for being ‘too woke’. They claim we are drowning in political correctness.

Check meanings of words in red bold below

In this case the idea of fisherpeople is perhaps a bit of a red herring which distracts from an important rule: Use gender-neutral or non-sexist terms as much as possible. (See examples below).

The dictionary that does not keep up with the times

A more interesting development in the language of men and women occurred this month, but slipped under the rudder. The Oxford Dictionary changed the definition of “woman” in its dictionaries after a grassroots movement pointed out that the dictionary’s definitions saw women primarily “as sex objects, subordinate and/or an irritation to men”. Synonyms for woman include “baggage, wench, frail, bird and bitch.”

It all began with a post by London-based communication strategist Maria Beatrice Giovanardi titled – Have You Ever Googled ‘Woman’? I did, and discovered Oxford University is spreading misogyny and sexism online.

The post led to a petition which garnered 30,000 signatures, and this month the Oxford dictionary responded with some autumnal pruning of its definitions of women and men.

It’s something. But clearly not enough.

The word woman is associated with dishonesty, disloyalty, behaviour that is anti-family, anti-men and anti-women, being unable to control sexual urges, general weakness, and worrying unnecessarily.

Sexism and misogyny have been built into language after thousands of years of female suppression.

Dictionaries are a little like the old testament, full of weird and outdated language and concepts.

Here’s a little experiment. Click on the online Oxford Advanced Learners’ Dictionary here and type in the word man and woman.

On the right-hand side of your screen, you will see ‘other results’, which refers to words that are often linked with the word woman and man. 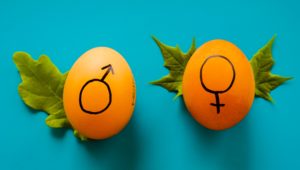 Most of the terms for woman are negative. The word woman is associated with dishonesty, disloyalty, behaviour that is anti-family, anti-men and anti-women, being unable to control sexual urges, general weakness, and worrying unnecessarily.

Here are the top nine terms associated with woman – you can click on the links for the definitions.

The other woman, a kept women, a fallen woman, a scarlet woman and a fancy woman, all refer disparagingly to women who have sex with men, outside of marriage. These are words of blame. The dictionary reads like an incel handbook. Women are bad.

The term, old woman, describes a man who worries too much about things that are not important.

These terms are outdated and irrelevant. They belong on the musty pages of a puritan 18th century English novel written by an upstanding man, of course. Few people use these terms anymore. But here they are, referenced on the front page, top right, of the Oxford Advanced Learners Dictionary in 2020.

The dictionary’s sad list offers a fascinating insight into sexual guilt and that terrible blame game created in that gorgeous garden where the first woman, the temptress Eve, was created from the rib of a man to keep him company.

Of the nine terms associated with woman, three terms are positive-ish. One of these, wise woman is defined as a woman with knowledge of traditional medicines and magic.

Sounds quite complimentary. However, if you were a wise woman living between the 16th and 18th centuries you faced the risk of being burnt alive, especially if you lived in Switzerland. Read more here.

(The literal translation of wise woman into French is sage femme, which is by far the most beautiful name for a profession.)

The term career women is defined not as a working woman, but a woman whose career is more important to her than getting married and having children. The subtext reads: Oh, how dare she!

One-woman is the sole neutral term of these nine distorted and deprecating visions of being a woman.

So how is a man defined?

So, don’t get up in arms about fisherpeople. There are bigger fish to fry, such as dictionaries whose definitions of woman are extremely negative.

In other related news, the United Nations in Geneva updated its language guide to more inclusive language. You can read more in this excellent post by Carol Waites, a writing skills coach at the UN

What is the best alternative to this kind of dated language?

Check your answers at below.

6. to answer the phones, to staff the help-desk

10. Dear Sir/Madam, Dear Editor, Dear Human Resources Officer, To whom it may concern,

Check vocabulary in the article:

screechers – someone who says something in a loud high unpleasant voice

woke – aware of social and political issues; too woke – excessively sensitive to these issues

a red herring – an unimportant fact, idea, event, etc. that takes people’s attention away from the important ones

garner (verb) – to obtain or collect something such as information, support, etc.

pruning – the activity of cutting off some of the branches from a tree, bush, etc. so that it will grow better and stronger

incel – an online movement of men who openly dislike women

upstanding – behaving in a moral and honest way

temptress – a woman who tempts somebody, especially one who deliberately makes a man want to have sex with her