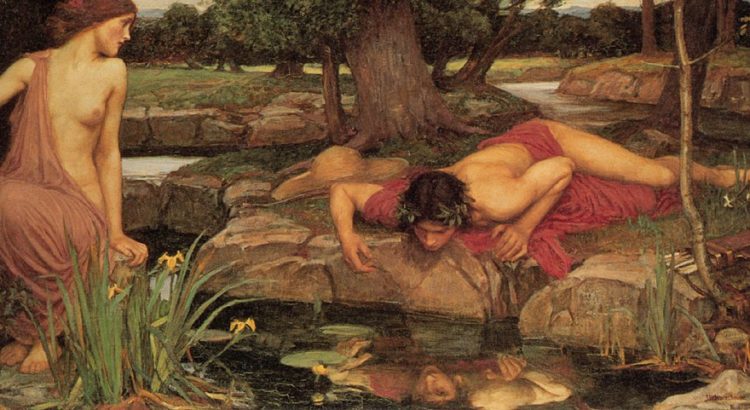 Level B2 to C2 (reading + vocabulary related to narcissism)

What is a narcissist?

Thanks to the stable genius Donald Trump we now have a pretty good idea. We have all been able to view narcissism in action on a daily basis.

Thankfully, Donald is being dragged towards the exit door, however, narcissism is definitely on the rise. Social media has grown fat on narcissistic behaviour.

Celebrities who pinch their lips, pout their mouths and offer the world their best ‘cat bottom’ smiles are social media royalty.

Mirror, mirror on the wall, who is the fairest of them all?

Written and compiled by Benedicte Gravrand, English trainer at The Language House

Are you a narcissist if you post videos on Instagram of yourself every day? Not necessarily. It could simply be a sign of extreme self-confidence, or of vanity. But it could also be a sign that you have some narcissist tendencies.

Indeed, some psychologists say that social media promotes narcissism where there are existing traits in the first place.

With the increase in selfies and Twitter two-liners, there is a general increase in narcissistic tendencies in the world. If that is the case, how does this affect our world? Healthy narcissism can be good because it makes people believe they can do great things. So, there are more great achievements.

The dark side of narcissism is expressed through less empathy and downright lies.

The world is on edge watching to see how a pathological narcissist like Donald Trump will exit the world stage.  It seems likely that he will have to be dragged kicking and screaming. He may well rip up the floorboards, destroy the sets, kick the cat and assault his co-stars in the process.

Indeed, pathological narcissists who do not get their way tend to react abusively.

“Just as one once settled for adulation in lieu of love, one may settle for fear when adulation no longer seems attainable. Rage attacks are common… But when there is an all-encompassing loss, such as the loss of an election, it can trigger a rampage of destruction and reign of terror in revenge against an entire nation that has failed him.”

She added, “It is far easier for the pathological narcissist to consider destroying themself and the world, especially its ‘laughing eyes,’ than to retreat into becoming a ‘loser’ and a ‘sucker‘ — which to someone suffering from this condition will feel like psychic death.”

Trump cannot accept losing the election. He wants to sue the states that he claims miscounted the ballot. His only consolation is that he got about 70 million votes, more than any presidential candidate – except for Biden, who got 74 million votes. Even though the U.S. has more voters than ever before. He will be a difficult leader during the next two months. Narcissists don’t believe in finishing in second place.

The word comes from Narcissus, a character in ancient Greek mythology. Narcissus was a very handsome hunter. But he rejected many potential love interests, including a nymph named Echo, who was severely heartbroken. Nemesis, the goddess of revenge, learnt about it and decided to punish Narcissus. One day she lured him to a pool. When he bent down to drink, he saw his own reflection in the water and fell in love with it, as if it were somebody else. He could not get away and ended up drowning. Where he died, a flower grew (as often happens in Greek mythology) and we now call that flower the Narcissus or daffodil. 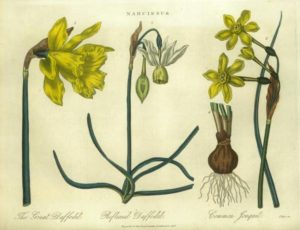 Check the meaning of the words in bold

Narcissists on the whole think that they’re better looking, smarter, more important than other people and that they deserve special treatment.

There are two forms of narcissism as a personality trait: (1) grandiose narcissism, and (2) vulnerable narcissism. There is also (3) the narcissistic personality disorder (NPD), which is more extreme.

Narcissists, whatever the personality trait, tend to act egoistically. Narcissistic leaders may make risky or unethical decisions, and narcissistic partners may be dishonest or unfaithful. If you confront narcissists, they can become angry or aggressive.

“It’s like a disease where the sufferers feel pretty good but the people around them suffer,” says Campbell.

To subscribe to our blog, leave your email address (right-hand side column) and confirm your subscription when you receive our email

There may be a genetic element in the disorder, but the environment counts as well; that includes parents who put their child on a pedestal, parents who are cold and controlling, or cultures that value individuality and self-promotion.

“Americans are experiencing an epidemic in narcissistic behaviour in a culture that is intrinsically self-conscious and selfish, and citizens are encouraged to pursue happiness and instant gratification of their personal desires,” said Kilroy J. Oldster, an author.

Narcissists can improve their behaviour through honest reflection (like psychotherapy) and caring for others. But it is a real challenge for those afflicted with the disorder.

Social media: a platform for narcissists?

Social media helps narcissists get all the attention they need. But it is not clear as to whether it can turn someone into a narcissist. You can use social media a lot and still feel empathy and be a good listener. But what is clearer is that social media can promote existing traits.

A Swansea University study claimed, a couple of years ago, that people who repeatedly post photos and videos of themselves online showed a 25% increase in narcissistic traits.

Megan Dew, a model who posts a lot of selfies, disagreed with the study. She said although selfies were displays of vanity, they help improve confidence in people’s body image. “When you take a lot of pictures of yourself, you notice things in your face more. But I wouldn’t say this makes you self-obsessed.” Other people say selfies help them make friends online.

Match the words with their definition.

a. the feeling that you can do things well and that people respect you

b. used for stating the most basic reason for something

c. a handsome man or boy has a very attractive face

d. done in a relaxed and informal manner

e. the side that is sad or evil, metaphorically

f. used for describing something that exists now, especially when it might be changed or replaced

g. to be in a particular place or state after doing something or because of doing it

h. behaviour, especially bad behaviour, that represents an attempt to get other people’s attention

i. used for talking about the general situation

j. to sink under water and die

k. morally wrong, or against accepted standards of behaviour

l. self-centered; preoccupied with oneself

m. if you deserve something, it is right that you get it, for example because of the way you have behaved

n. the opinion you have about how attractive your body is

o. to say that something is true, even though there is no definite proof

p. the right to receive something or to do something

q. To get or have what you want

r. having a sexual relationship with someone who is not your husband, wife, or partner

s. to criticize someone, especially when other people are present, in a way that makes them feel stupid

20. Tend to do something

t. to make something happen

u. (informal) someone who is easily tricked or easily persuaded to do something

v. to usually do a particular thing

w. uncontrolled behaviour, especially when this involves damaging or destroying property over a wide area

z. to persuade someone to do something by making it look very attractive

TED on the psychology of narcissism

BBC: Can too many selfies push you towards narcissism?

Trivia question: Who sang backing vocals on this song? He went on to be ‘quite’ famous. Have a listen to the song again and then google it if you are curious.