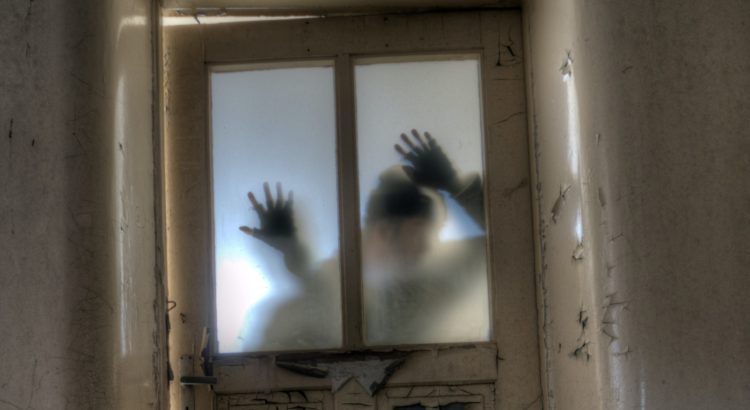 By Benedicte Gravrand, English trainer at The Language House, Genève

Zombies are not your friends. They are the awakened dead who have an enormous appetite for human flesh – or human brains, depending on the story. They don’t look good either: they have rotting flesh, missing limbs, and really dirty underwear. They don’t speak, they grunt. They don’t think much either – so don’t try to convince them they need a change of lifestyle. Not all zombies are the reawakened dead (or undead); some are people who have been bitten or scratched – and infected – by a zombie while walking down the street to get their Sunday newspaper.

But zombies have one thing going for them: they make for great stories.

(Check the meaning of the words in bold. See exercise below)

A bit of zombie history

The Ancient Greeks were possibly the first civilization to be afraid of the undead. Archaeologists have found many ancient graves in Greece in which the skeletons had rocks and other heavy objects on top of them, probably to prevent them from re-awakening.

Some say that stories in the Bible of dead people being resurrected may have also inspired zombie myths.

But the real birthplace of the zombie myth is Haiti, in the Caribbean.

It might have started in the 17th century when West African slaves were brought in to work on the sugar cane plantations. The West Africans took with them their religion, called voodoo.

Voodoo is practiced today in Haiti and the Caribbean, Brazil, the American South, and other places. In general, people who follow the voodoo religion do not believe in zombies. Some, however, do. They believe people can be revived as zombies by a voodoo practitioner called a bokor. Bokors practice the art of necromancy by creating a “zombie powder”, made of herbs, shells, bones, animals and other ingredients. Any zombie created by the bokor is his slave.

To subscribe to our blog, leave your email address (right-hand side column)

During the time of slavery on the cotton plantations in the USA, slave drivers, who were usually slaves themselves and sometimes voodoo priests, used the fear of zombification to discourage slaves from committing suicide. Life was indeed brutal then.

The zombie powder contains tetrodotoxin, a poisonous neurotoxin found in marine species. To humans who ingest small quantities, the powder “may cause zombie-like symptoms such as difficulty walking, mental confusion and respiratory problems,” says History.com. High doses can lead to paralysis and coma. When that happens, the person who took a high dose of zombie powder may appear dead to others – and is then buried alive, only to re-awake later. Apparently, several such occurrences have been documented in medical journals.

In Haitian folklore, a zombie is a dead body reanimated through magic.

But in modern folklore, zombies are created through viruses, radiation, madness, parasites… you name it. 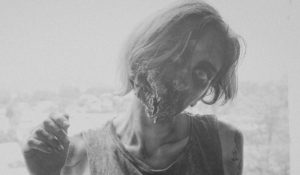 Zombies have become big stars in pop culture. They became famous with the 1968 film Night of the Living Dead, by film director George Romero, who did two more zombie films after that; Dawn of the Dead and Day of the Dead. You can say he started the zombie cult. He once said: “A zombie film is not fun without a bunch of stupid people running around and observing how they fail to handle the situation.”

Among the many zombie movies, my favourites are the comedy types, such as Shaun of the Dead starring Simon Peg (famous quote: “You’ve got red on you”), and Zombieland. Among the more dramatic movies are 28 Days Later and I am Legend.

Zombies have also invaded television, with series such as iZombie, where zombies can be your friends, and The Walking Dead, a post-apocalyptic story filled with horrid flesh-eaters and a few highly stressed survivors – and where the word “zombie” is never used (here’s why). There’s this famous quote from the series that sums up the survivors’ puzzlement: “Christ promised a resurrection of the dead, I just thought he had something a little different in mind”.

World War Z: An Oral History of the Zombie War might just be the best book on zombies. This zombie apocalyptic horror novel, written by American author Max Brooks, was the inspiration for the film World War Z (for the record: the book is much better). It is a collection of individual stories following a global zombie plague. It describes different ways of survivals as well as the social, political, religious, economic, and environmental changes resulting from the plague.

Zombies, due to their dangerous and infectious nature, are the vehicle to such interesting scenarios that they could remain big stars in pop culture for decades to come.

According to Angela Becerra Vidergar, a Stanford professor, we started our fascination with zombies after World War II and the bombings of Hiroshima and Nagasaki. These large-scale disasters influenced stories about mass-scale deaths and the survival of the fittest.

The Centers for Disease Control and Prevention (CDC) even created a “Zombie Preparedness” website to motivate people to prepare for disasters.

Finally, just in case you were wondering, zombies can only be killed if you destroy their head, somehow.

And if you are getting married soon – and you are very afraid of zombies, you could change your marriage vows to: “To have and to hold, in sickness and in health, unless you become a zombie – then I promise to shoot you in the head.”

Meaning, if you stop being a human being and become a humanoid beast with a lizard brain and great blood lust… well, that will change our story completely.

Match the words with their definitions.

a. to make a short low sound in your throat and nose at the same time

b. to cut someone’s skin slightly with something sharp

c. someone who belongs by law to another person as their property and has to obey them and work for them

d. the soft part of people’s or animals’ bodies that consists mostly of muscle and fat

e. to use your teeth to cut or break something, usually in order to eat it

f. something that is rotten has decayed: rotten eggs/fruit/teeth

g. to make someone become conscious, or in this case, alive again

h. the hard outer part that protects the body of a sea creature

i. used after a list for saying that most other things of the same type are also possible or available

j. the practice of communicating with dead people

k. a group of people

l. something that happens, especially something unexpected and unpleasant

m. a plant or animal group whose members all have similar general features and are able to produce young plants or animals together

n. the types of entertainment that most people in a society enjoy, for example films, television programmes, and popular music

o. the idea that your survival depends on competing successfully within your environment with other creatures of your own type

p. involving a large number of people or things, or happening over a large area

q. to be unsuccessful when you try to do something

r. to know the type of thing that you want for a particular purpose: What kind of house did you have in mind?

s. any serious disease that spreads quickly to a lot of people and usually ends in death

t. used for giving a piece of information that you want people to know

u. to take action in order to deal with a difficult situation

v. if a person or thing has something going for them, they have an advantage, skill, or other positive quality

Uses of the word ZOMBIE in the English language

You can use the word “zombie” to describe a weird, stupid or very tired person, e.g. I feel like such a zombie. Maybe I’m not eating right.

You can also use the word zombie to describe a company that earns just enough money to continue operating and service debt but is unable to pay off its debt. Zombie companies are also known as the “living dead” or “zombie stocks.”

What is your favourite zombie movie and why?

Please leave your answer in the Commentaire section below.

2 réponses à “The zombies are coming. Who are these flesh-eating superstars of pop culture?”