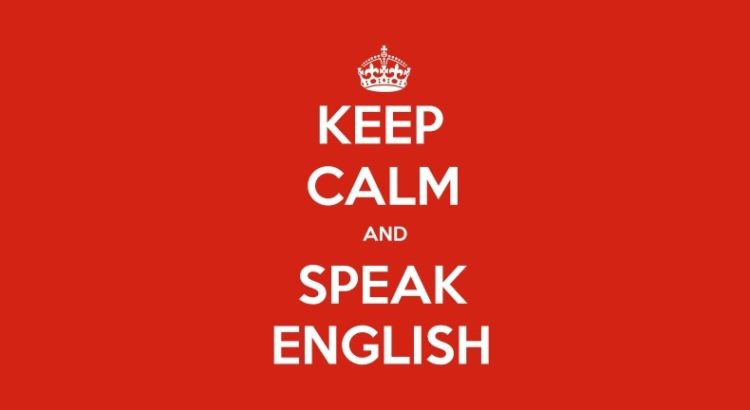 We live in challenging times. It is important, as the British say, that we Keep Calm and Carry On.

These famous words were printed a motivational poster to raise the morale of the British people under attack during World War II. Although 2.5 million copies were printed, only a handful saw the light of day.

Welcome to English in the Pandemic 12.

In 2000, a copy  of the poster was rediscovered in a bookshop in the small town of Alnwick in the far north of England (see video below).

The poster’s stoic message evokes the British ideal to keep a stiff upper lip and to remain calm in the face of adversity.

The poster was one of three published by the wartime government. The first two read:

‘Your Courage, Your Cheerfulness,

Your Resolution, will Bring Us Victory’

‘Freedom is in Peril.

The third, and most famous, Keep Calm and Carry On was held in reserve, only to be issued if the Nazis invaded Britain. 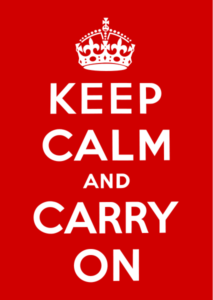 Today, the slogan and its many parodies are everywhere; on tea towels, mugs, knickers and t-shirts.  It has become one of the world’s favourite memes in response the constant barrage of ‘new normals’ such as the corona-virus, climate change etc…

Life present challenges that require us to keep calm, keep a stiff upper lip and a sly smile at the ready.

This short video tells the story behind the ‘Keep Calm and Carry On’ poster.  It speak about it origins at the beginning of World War Two and its rediscovery in a second-hand bookshop in the UK in 2000  and how it has become one of the iconic images of the 21st century. 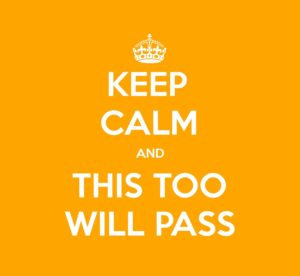 Vocabulary: Match the vocabulary with the definitions. (Answers below)

a. suffer and not complain

b. increase confidence, discipline and well-being

What is the origin of the word stoic? Read more about stoicism here

More idioms to describe the pandemic

The New Normal is here. Keep Calm and Carry On.

We live in a time of great acceleration. Change is the constant. Every day, it seems the ‘old normal’ is being overtaken by ‘the new normal’.

Unfortunately, the new normal is often a pale or chaotic version of the old normal; a euphemism for things that have become a substantially shittier version of their former selves.

The new normal is a much-loved media cliché which warns us to accept, adapt and get used to more unpleasant aspects of early 21st century life, such as terrorism, global warming, recession, failed states, religious fanaticism, debt, austerity and massive refugee movements.

And of course, pandemics.

A Google search of the new normal comes up with this reassuring list of articles:

Terror threats will be the new normal for Europe, experts say…

Right-wing popularism is the new normal

Not married, no kids, is the new normal

Fat is the new normal in America

Environment of Hate: The New Normal for Muslims in the UK

Raging dysfunction is the new normal in Washington

Is cyber-terrorism the new normal?

For republicans, bigotry is the new norm

Mass migration is no ‘crisis’: it’s the new normal.

Is violence the new normal?

For Young Women, Sexual Violence Is The New Normal

Disruption is the new normal…

Why Weird Is The New Normal

Indeed, it is weird, how breathtakingly fast things morph from ‘crisis’ or ‘weird’ to new normal. The term was popularised in the US, firstly to describe the world post-9/11 and then to describe the economic landscape after the financial crisis of 2007-2008.

Advice: Keep calm and keep a stiff upper lip in a fast-changing world where the old normal is being overtaken by the new normal.

This advice is nothing new.

Stoicism was the most popular philosophy in ancient Rome. It says that virtue can make you happy. And virtue is self-control, courage, justice, and wisdom. Furthermore, stoicism says it is the way we see things which causes most of our trouble. Read more here

Feels Like We Only Go Backwards (with lyrics)  – Tame Impala