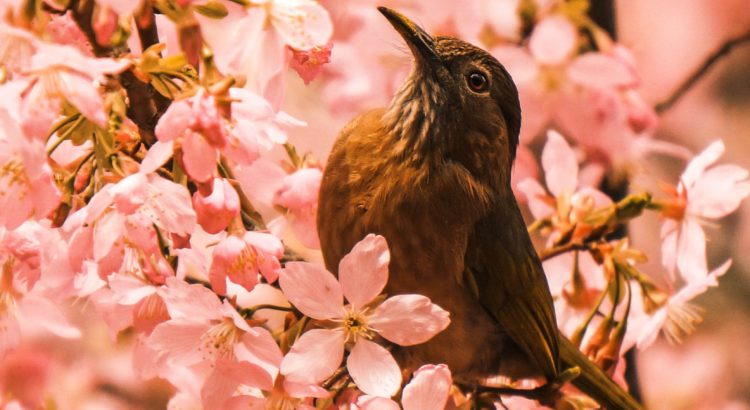 (English vocabulary for birds B2+)

The corona virus has closed down almost all musical performances. Well, most human concerts…

Geneva ornithologist André Bossus writes below that the Spring opera season performed by our feathered friends (birds) has been extraordinary this year.

A season to be praised. The birdsong has been wonderful.

Welcome to English in the Pandemic 8. Today we celebrate birdsong and Persephone, the Greek Goddess of Spring.

Hopefully, this will give you something to sing about.

Subscribe and receive regular updates by email (details on the right-hand column).

Why do birds sing?

During last few weeks, more and more people have told me that this Spring is extraordinary. We can hear birds like we have never heard them before. The birdsong is loud and clear. The corona virus has silenced the background hum of cars and planes, and given centre stage to our feathered friends. And, of course, we are at the height of nature’s opera season. It’s Spring.

Perhaps the collapse of our busy routines had also added to our newfound receptivity for the spring orchestra.

There is a lot of misunderstanding about the songs of birds.

No, birds do not sing throughout the year. The song period extends, mostly from March to June, just four months of the year.

No, not all birds sing. Only males are able to tweet, twitter, cheep, chirp, warble, shriek and hoot (with some rare exceptions).

and hoot (with some rare exceptions).

Birdsong is related to reproduction. The males sing for much than their supper. They sing to seduce, mate and survive.

As much as we would like to imagine, birds do not sing because they are happy. The popular French expression “gai comme un pinson”, or as the English would say, “happy as a lark”, are simply not true.

Then, why do birds sing?

The male bird song is a threefold declaration of intent.  Firstly, to mark a territory, secondly to seduce a female and finally to tell rival males that they should move away. So, if we could imagine Bono or Justin Bieber singing the chaffinch song, the lyrics would be something along the lines of:

I’m the chaffinch of this forest.

Come to me my sweet chaffinch female.

If you’re a male, you’re not welcome. Get lost.

Is birdsong a real language?

The answer is clearly yes. Even the most inventive birds, must abide by certain rules. There is a real syntax. There are grammar rules to follow. If you improvise, you run the risk of not being able to reproduce. A male who sings badly or whose song is not very inventive will have no chance of reproducing.

Do birds learn their song or are they born with it?

Most birds learn their song from their fathers. Birds are extremely talented imitators (see the amazing lyre bird below).

Birds such as the cuckoo, which lay their eggs in other birds’ nests do not grow up with their fathers, and therefore must rely on an innate song.

Ornithologists believe there are also birds that have an innate song, but imitate and embellish their song.

There’s lot of energy that goes into birdsong. Take for example, the inventive and beautiful song of common blackbird (merle noir). The males must be in fine voice (listen below). The females are demanding.

How has climate change affected birds?

Over the last few years, we can observe changes in the migratory instinct of certain bird species. With the rise of temperatures and less harsh winters, some individuals no longer migrate. This is often the case of species in areas bordering the Mediterranean. It should be noted that this is not the case for long-distance birds.

Migration mainly effects young birds because they obey their instinct. They are programmed to migrate. By gaining experience, adults tend to move less, sometimes not at all. This behavior adaptation is risky.  If they survive the winter, they’ll be ideally placed at the return of spring to choose the best territories, according to the principle, “first come, first served”.

However, the migrants also face a real risk. It’s estimated that almost 80 percent of annual bird mortality occurs during migration. The main dangers are predators, including humans, climate hazards (storm, fog, cold temperatures), high voltage lines, wind turbines, etc. With climate change this may be another reason why many experienced birds have chosen to stop migrating. 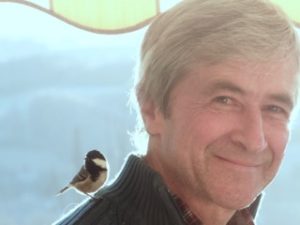 The amazing lyrebird (and David Attenborough)

The lyrebird is ground-dwelling bird in Australia. The males have an extraordinary ability to imitate natural and artificial sounds such as chainsaws, cameras, car engines, car alarms, gunshots, dogs barking, babies crying and even the human voice.

How well do you know your birdsong?

Her heartbroken and furious mother Demeter engulfs the world in Winter, preventing growth and causing death on earth.

A worried Zeus decides to reunite mother and daughter. Zeus declares Persephone free from the Underworld for six months every year. Reunited with her daughter, a happy Demeter brings forth the Spring and Summer once again. After six months, she returns to Hades as the Goddess of the Underworld and winter takes over. The seasons are born.