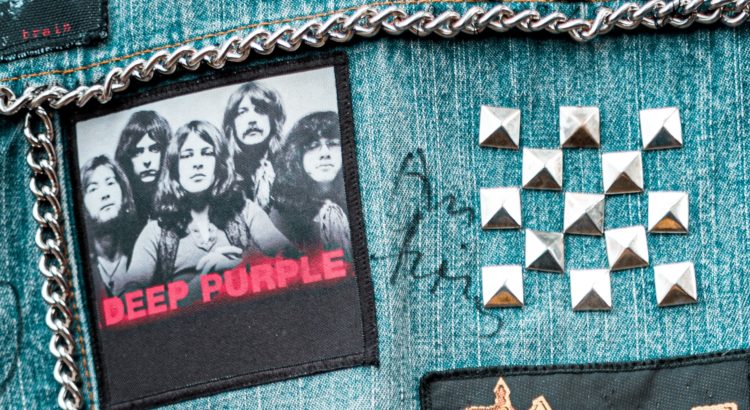 Switzerland engraved itself into the history of rock ‘n’ roll on December 4, 1971. Frank Zappa and the Mothers had just begun the song King Kong when “some stupid with a flare gun” (un idiot avec un pistolet de détresse) shot two flares into the ceiling of the Montreux Casino, packed with 2000 people.

One of the flares lodged in the ceiling and a short time later, smoke began to fill the venue. Concert organisers aimed a fire extinguisher at the ceiling and a piece of burning material fell to the floor and at the same time flames started to lap along the ceiling.

(Some accounts say the fire was caused by sky rockets, a type of firework.)

A Zappa musician Howard Kaylan (ex-The Turtles) jokingly announced from the stage: “Fire, ladies and gentlemen, by Arthur Brown” – a reference to the 1968 hit single Fire by The Crazy World of Arthur Brown (See video clip below).

The fire and danger quickly escalated. Zappa, who died in 1993, told everyone to stay cool and calm and go to the exits. But some of the exits were locked.

“People were throwing orange amplifiers against the door to break them and there was another window, a big one in the back with a 10 to 15 feet drop (3-5 metres). We broke that and people were jumping out. Everybody got out. Our roadies were the last to get out. They were blown out of the window by the explosion of the heating system. The only thing that we saved from our equipment was a cowbell.”

Zappa spoke in detail about the fire with French TV:

No-one was seriously injured. The Casino was totally destroyed.

Montreux Jazz Festival founder, the late Claude Nobs, who organised the concert and loved to tell a good story, told an interviewer in 2010:

“We had big windows in the concert hall overlooking the swimming pool. Frank Zappa took his guitar – a Gibson, a very strong one – and he smashed the big window down with his guitar. Then a lot of people could go out through there. The people went out through that exit, and within about five minutes, the 2,000 kids were out. And the people were watching the fire thinking, ‘Oh, you know, Frank Zappa is just doing an incredible ending to his show’.

Peter Schneider was among the 2000 at the concert and wrote about what it was like inside the casino. “The fire spread so quickly that all the people in the front were trapped. I stood behind the crowd who were trying to get out through the large glass windows which covered the whole of the front of the building from one side to the other. I owe my life to a Swiss fireman who came in with a huge axe and started to break the windows one by one, starting from the left towards the stage… The glass smashed to the ground, and all the people in the front started to jump out. The building was on the second floor, or at least half a floor up, so it was quite a jump.”

Among the crowd were Deep Purple who had arrived in Montreux the day before and had booked the Casino and the Rolling Stones mobile recording studio to record their album Machine Head.

Lead singer Ian Gillian later recalled: “The flares came right over my shoulder. They seemed to fizzle out and then they caught fire. Claude Nobs went down into the kitchen to get the kids who had fled down there and were trapped in there and with great bravery he led them out through the smoke.”

After the fire, Nobs moved Deep Purple to the nearby theatre, Le Pavilion where they began to work on their new album. Two days later they were thrown out by the police for making too much noise while recording the guitar and drums for a new track based around a cool and simple riff from guitarist Ritchie Blackmore.

It was a riff that inspired ten million would-be guitarists.

They moved their mobile recording studio to the Grand Hotel. A few days later, bass player Roger Glover woke up with the words “Smoke on the water, fire in the sky” buzzing in his head. Ian Gillian wrote the lyrics based on the story of the band’s experience in Montreux.

NB: The reference to funky Claude in the second verse.

Smoke on the Water

We all came out to Montreux
On the Lake Geneva shoreline
To make records with a mobile
We didn’t have much time
Frank Zappa and the Mothers
Were at the best place around
But some stupid with a flare gun
Burned the place to the ground
Smoke on the water, fire in the sky

They burned down the gambling house
It died with an awful sound
Funky Claude was running in and out
Pulling kids out the ground
When it all was over
We had to find another place
But Swiss time was running out
It seemed that we would lose the race
Smoke on the water, fire in the sky

We ended up at the grand hotel
It was empty cold and bare
But with the Rolling Stones truck thing just outside
Making our music there
With a few red lights and a few old beds
We make a place to sweat
No matter what we get out of this
I know we’ll never forget
Smoke on the water, fire in the sky

And here it is:

Fire by The Crazy World of Arthur Brown