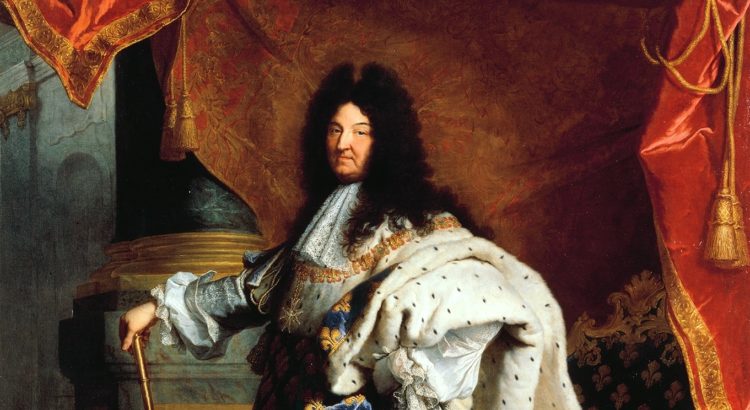 Next time you have an abscess removed or your haemorrhoids treated, please spare a thought for one Charles-Francois Felix. I am sure it will make you feel much better.

Monsieur Felix, a barber-surgeon from Avignon performed one extraordinary operation. It changed the face of surgery, and thankfully for Monsieur Felix and his family, the royal bottom of King Louis XIV.

Enemas, compressions, lotions and blood-letting were the mainstay treatments of the day. None worked. The king couldn’t ride or sit comfortably on the throne, or in fact anywhere. He was suffering from a most royal pain in the butt.

Personal hygiene was almost non-existent. The Church had proclaimed that bathing led to immorality, promiscuous sex and disease. King Louis XIV is said to have only bathed twice in lifetime. He found bathing a disturbing act, as did Queen Isabel I of Spain who also confessed to having only two baths; on the day of her birth and the day of her marriage.

The king sweated profusely and according to records changed his shirts three times during the day and night. Despite the powdered wigs, the heavy perfumes and the sachets of scented herbs concealed in clothing, the royal presence in the Palace of Versailles could often be smelt before it was heard.

A Russian ambassador to France noted that His Majesty Louis XIV “stunk like a wild animal”.

As Patrick Süskind writes in the marvellous first chapter of the book Perfume:

In the period of which we speak, there reigned in the cities a stench barely conceivable to us modern men and women. The streets stank of manure, the courtyards of urine, the stairwells stank of mouldering wood and rat droppings, the kitchens of spoiled cabbage and mutton fat; the unaired parlours stank of stale dust, the bedrooms of greasy sheets, damp featherbeds, and the pungently sweet aroma of chamber pots. The stench of sulfur rose from the chimneys, the stench of caustic lyes from the tanneries, and from the slaughterhouses came the stench of congealed blood. People stank of sweat and unwashed clothes; from their mouths came the stench of rotting teeth, from their bellies that of onions, and from their bodies, if they were no longer very young, came the stench of rancid cheese and sour milk and tumorous disease. The rivers stank, the marketplaces stank, the churches stank, it stank beneath the bridges and in the palaces. The peasant stank as did the priest, the apprentice as did his master’s wife, the whole of the aristocracy stank, even the king himself stank, stank like a rank lion, and the queen like an old goat, summer and winter.

But back to the king’s bum… In desperation the king and his royal doctors sent for the hero of our story, barber-surgeon Charles-Francois Felix.

Barber-surgeons were barbers by profession who also performed blood-letting, teeth extraction, and other minor operations. Physicians rarely cut into a living human body. This job was left to barber-surgeons. One can only imagine the mix of stress, panic, duty and honour that swept through Monsieur Felix when presented with the derriere of the Sun King and a royal decree to cut open, operate and cure the king.

He wisely asked for six months to prepare the operation. Under royal patronage he procured about 75 men from the prisons and countryside; many of them, at least at that point in time, in relatively good health. He then went to work; cutting and slicing, on average three operations per week, of course with no anesthesia and no antibiotics. Many didn’t survive. With each bloody operation he developed and refined two surgical instruments for his royal rendezvous with fate.

His tools of trade can be inspected at Versailles today; the royally-curved scalpel, and the royal retractor, of which the less said, the better. 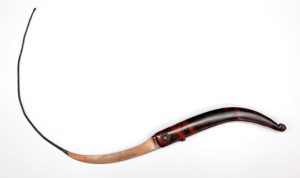 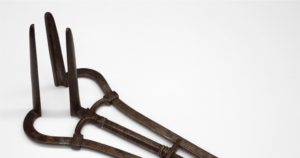 On November 18, 1686, at 7 am, Monsieur Felix operated on the king. Present were Madame de Maintenon, (Louis’ mistress whom he later married), his son the Dauphin, his confessor, his physicians, and his Minister of State.

As Monsieur Felix wielded his scalpel he may well have thought of the king’s favorite playwright Molière, whose character Beralde in Le Malade Imaginaire observes:

Medicine is only for those who are fit enough to survive the treatment as well as the illness.

The operation lasted three hours. It was well-documented. Towards the end the King, undoubtedly in agony, turned to Monsieur Felix and asked:

(Is it done, gentlemen? Finish and do not treat me as a king; I want to heal as if I were a peasant)

The operation was a success. The king was sitting up in bed within a month and was back on his horse within three months.

The royal court which was privy to the smallest detail of the operation was delirious with joy. Fistulas were fashionable and something to be celebrated. The more devoted courtiers developed fake fistulas and took to wearing swathes of bandages around their buttocks, known as le royale, in homage to the king’s bandaged rear end.

The even more fanatical royal devotees demanded the same operation from brave Monsieur Felix. Monsieur Felix did not pick up his famed royal scalpel again. He received money, lands and a title for his handiwork.

The operation gave a new-found respectability to surgery. It helped propel surgery and medicine in general out of the Middle Ages. In 1731, the king’s grandson, Louis XV opened the Royal Academy of Surgery, now known as the National Academy of Surgery.