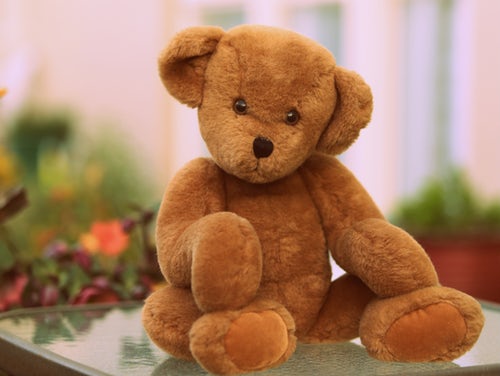 He was one of our first and most intimate friends and confidantes.

He shared our deepest secrets. We held him tightly in our arms at night and during the day he lay patiently on our pillows, awaiting our return. His name was Teddy; Teddy Bear.

Soft, serene, glass-eyed Teddy. We were inseparable. But where did you come from? Why Teddy Bear? Why not Agatha Bear or Bertrand Bear? Why a bear? Why not Teddy Tiger or Teddy Mouse?

I will enlighten you. But let me first warn you that the truth is often more a cactus than a soft toy. Teddy Bear is named after a US president. Let me assure you, immediately, without drawing breath or lifting a finger from my keyboard, that your teddy is of no relation, none whatsoever, to that narcissistic man-child that now occupies the White House. Relax. Let’s continue…

Your Teddy Bear’s bloodline can be traced back to the 26th president of the United States from 1901 to 1909; Teddy Roosevelt.

Roosevelt, like the 45th, had skeletons in his cupboard. Indeed, thousands of skeletons, and furs, and horns, and antlers, and other and bits and pieces of animal anatomy.

Teddy the president was addicted to guns and killing animals. He celebrated the end of his presidency in 1909 with a 12-month hunting trip to Africa with his son Kermit. They killed more than 512 animals. Their tally included 29 zebras, 28 rhinoceroses, 17 elephants, eight hippopotamuses, nine giraffes, nine tigers, 17 lions and 17 gazelles and hundreds of birds.

The hunt was sponsored by the Smithsonian Institution and many of the animals were sent to the US to be stuffed and mounted in museums.

Roosevelt nurtured his image as the American frontiersman and hunter and was also celebrated as an animal conservationist.  He established national parks and sanctuaries to conserve the animals, mainly for his favourite sport; hunting. In his own words, he said: Hunting made our veins thrill. Yes, it was a very different epoch. One writer later noted: No other president has killed, or saved, as many animals. 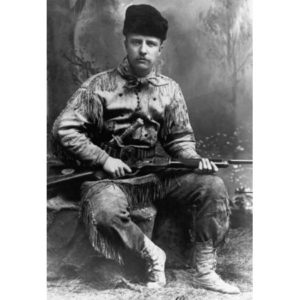 In 1901, on a 10-day hunting trip in Mississippi, the president was keen to shoot a bear. His enthusiastic team chased an old black bear into a watering hole. Cornered by hunting dogs, the bear swiped several with its paws, killing one. The bear was bashed and tied to a tree ready for the president to take aim.

Roosevelt refused to shoot the injured and bloody bear. He said it would be unsportsmanlike and instead the bear was knifed to death by two other hunters.

It was certainly no picnic.

Washington Post cartoonist Clifford K. Berryman recreated the scene, or at least a sanatised version of it. Roosevelt is dressed in full rough-rider uniform, with his back to a frightened, cute and tiny young bear. The cartoon caption, Drawing the Line in Mississippi, was a double-entendre of Roosevelt’s hunting code and his criticism of the rampant lynching of black Americans in the South. His political opponent in the state had recently declared: If it is necessary every Negro in the state will be lynched; it will be done to maintain white supremacy. 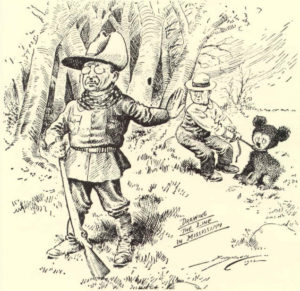 The cartoon inspired Rose Michtom, a Russian immigrant who ran a penny store in Brooklyn, New York with her husband. Rose made the first Teddy Bear out of plush velvet, and the next morning, the Michtoms placed “Teddy’s bear” in their store display window.