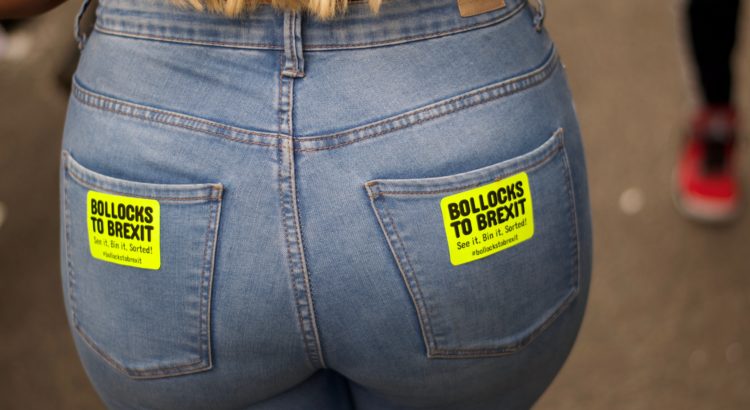 Confused, bored, infuriated or saddened by Brexit? Perhaps, all the above. Here is a simple Brexit guide in bite-size pieces. The hard work has been done for you.  We’ve sifted through 39.7 trillion words, (some witty, some wise and some woeful), which describe the Divorce of the Century: Brittania vs Europa.

The best way to understand the gob-smacking omnishambles that is Brexit, is to compare it with something that you already know and like. Metaphors are fun. In this guide, Brexit has been simplified into categories of hobbies and interests. Choose the category that most appeals to you:

Everyone loves a cup of tea. None more than the British. Imagine Brexit is a peppermint tea. What about the tea bag? Do we leave it in, or do we take it out?

Here’s another one for tea drinkers:

Why does Britain like tea so much? Because tea leaves.

In this life, you’re either a dog or a cat person. A dog will happily lick the face of any European Union official. Brexit, of course, is a cat; a pathologically, self-centred creature.

Nathalie Loiseau, France’s Europe minister, said Brexit is the perfect name for a cat: It wakes me up miaowing because it wants to go out. When I open the door, its sits there, undecided. Then it looks daggers at me when I put it out.

Here’s a quick one for computer geeks:

With Britain leaving the EU how much space was created? Exactly 1GB.

Brexit was like the UK got drunk and accidentally unfriended Europe on Facebook. Leo Karse, UK comedian

If you like films, then you won’t have any problems understanding Brexit. All genres catered for: disaster, pathos, fantasy, comedy and black comedy. Is Brexit the greatest disaster since the Titanic?

For fans of Monty Python:

Game of Thrones and mythical dragons:

How the EU became a mythical dragon. A fascinating history of where Brexit came from, narrated by Stephen Fry. (11minutes)

Make a note to yourself: Take water and food supplies to the next James Bond film (out next year). It will be between 35 minutes and two hours longer than earlier Bond films. Why? Because of airport scenes of his passport being heavily scrutinised between exotic European destinations.

For Quentin Tarantino fans (lots of guns and blood and guts):

The UK has shot itself in the foot. This self-harm expression is a Brexit favourite. It means: to say or do something stupid that will cause you a lot of trouble.

This expression has been widely used by onlookers and commentators including Virgin chief Richard Branson and former head of the European central bank, Jean-Claude Trichet. The UK must be running out of feet by now. The actor Hugh Grant changed the angle of the weapon: Brexit is a fantastic example of a nation shooting itself full in the face, he said, not so cheerfully.

The British government’s negotiating tactics: Unless you give me what I want I’m jumping out the window. Simon Coveney, Irish Foreign Affairs Minister

Brexit is a cross between an Agatha Christie thriller and the Sex Pistols.

It’s actually pathetic and distressing for someone like me who has liked and admired Britain all his life, to watch these debates in Westminster. MPs are suggesting solutions, possibilities, that just do not exist in the real world. The Brexit process feels like some weird mix of Anarchy in the UK and one of those Agatha Christie detective stories where all the suspects are locked in a room talking to each other, with no interest in, or grasp of, what’s going on outside. André Gattolin, vice president of the French senate’s European affairs committee

Rule number one: You’ve got to pay before you leave the European Union.

If you are sitting in the bar and you are ordering 28 beers and then suddenly some of your colleagues [leave without] paying, that is not feasible. They have to pay, they have to pay. Jean-Claude Juncker, president of the European Commission

What an absolutely ludicrous, incompetent, absurd, make it up as you go along, couldn’t run a piss up in a brewery bunch of jokers there are running the government at the most critical time in a generation for the country. Ed Miliband, former Labour leader

Brexit and a walk in the countryside:

A gentle stroll out of Europe has become a high altitude, risk-taking venture. Avalanches to the left and blizzards to the right. Storm clouds coming in quickly…

Brexit for chefs and foodies:

For many, Brexit is simply indigestible: A mix of omelettes, aliens and nonsense.

Britain’s reputation is, there’s no denying it, much diminished. Some British politicians are on another planet. Brexit is the infinitely complex diplomatic and legal equivalent of trying to take the eggs out of an omelette. Even today, they spout the most monstrous nonsense. Many have still not landed in a place one could call reality. The cognitive dissonance is … remarkable. Pascal Lamy, former World Trade Organization head.

Brexit has been bubbling below the surface in Britain for decades, if not centuries. It’s been a long time coming. Here are two takes from Yes Minister, a brilliant political satire from the 80s.

Brexit is having the right-coloured passport (just like the Swiss):

The humiliation of having a pink European Union passport will now soon be over and United Kingdom nationals can once again feel pride and self-confidence in their own nationality when travelling, just as the Swiss and Americans can do. Andrew Rosindell, Conservative MP on the possible return of the old blue British passport to replace the burgundy EU one.

Fantasy fiction, fairy tales and they all lived happily ever after:

Brexit was going to be so easy. How easy? Well this is what they said, once upon a time:

The day after we vote to leave, we hold all the cards and we can choose the path we want. Michael Gove, Secretary of State for Environment, April 2016.

Getting out of the EU can be quick and easy – the UK holds most of the cards. John Redwood, Conservative MP, July 2016.

Coming to a free trade agreement with the EU should be one of the easiest in human history. Liam Fox, International Trade Secretary, July 2017.

What we’ve got to do as a government and as a parliamentary party is show we are bigger than the sum of our parts. If we take a bit more of that approach – a bit more unity of purpose – we’ll get a great result out of Brexit. We’ll also unite the country. Dominic Raab, Departing Brexit Secretary, June 2018.