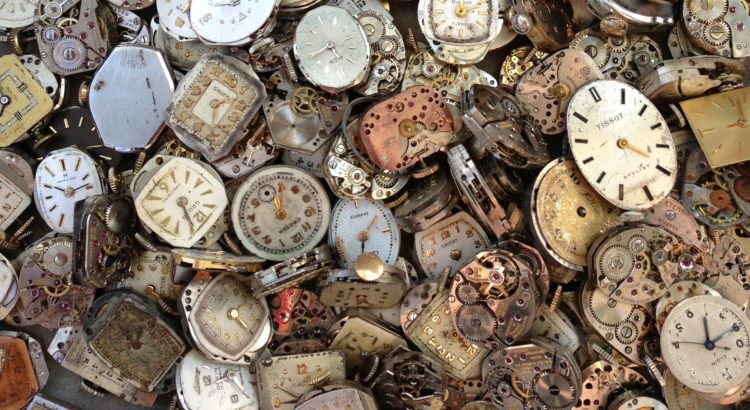 It’s time we had a talk about time.

The mots méchants are: during, while, for and since. It is important to use them correctly and with confidence. For many French speakers this involves both learning and more importantly, unlearning bad language habits. If you translate from French to English, you will continue to make mistakes.

Here’s a guide to keep and learn.

DURING is a preposition which is used before a noun. For example, we can say: during the holidays, during the meeting, during summer.

It does NOT indicate how long an activity happened.

During means ‘pendant, durant’. But, I repeat, it cannot be used as a measure of how long something happened.

You CANNOT say: I lived in Barcelona during seven years. He spoke about the new software system during one hour. WRONG

But you can say: During the nineties I lived in Barcelona. He spoke about the new software system during the presentation.

In French, we can say: Elle a travaillé comme thérapeute pendant 9 ans.

But in English we would say: She worked as a therapist FOR nine years. CORRECT

You CANNOT say: She worked as a therapist during nine years. WRONG.

FOR is a preposition which is used to say how long something goes on:

Simon has been sleeping for 8 hours.

I have worked for the Geneva State for 10 years.

We waited for 30 minutes outside your house.

I have known you for more than 35 years. We have been friends for ages.

So, what’s the difference between FOR and SINCE?

Since is also a time expression. It means from a point of time in the past until the present. Since is almost always used with the present perfect tense.

For example: since 10 am this morning, since we last met, since my birthday, since 2012. (These are all points of time in the past).

If we use since, we can change the above examples above to:

You can say: for 10 minutes, for a long time, for 35 years, for five centuries, for a moment or two…

You can also say: since my birthday, since April 10, since the late seventies, since we first met, since 10 am this morning…

WHILE is used to talk about two things that are happening at the same time, usually in the past. The length of time is not important.

In French you would say pendant que.

The phone rang while I was watching TV.

While I was walking the dog in the park, I met Sue.

We saw Lady Gaga while we were eating in the restaurant.

Here’s a little test for you. You can send your answers to [email protected]