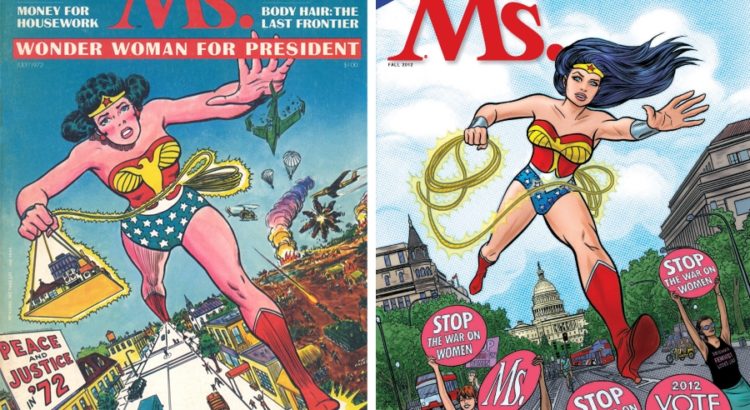 (Ms, Mrs or Miss for English learners B2+)

Men have it easy. They are the entitled sex. Mr (Mister) is a title which can be worn comfortably like a pair of old slippers by any man at any time, from Mr President to Mr Jones who lives around the corner and drives a taxi.

Addressing a woman is a little more complicated. There are three main options; Ms (pronounced Mizz), which startles many non-native speakers, and Mrs and Miss.

Titles are important. Just ask any president or director. Titles that describes half of the human population should be well-understood and used correctly, which is not as simple as it sounds in today’s fast-evolving and militant world of identity politics.

Here’s a rough guide. But first, a simple piece of advice: If you are not sure, then simply ask the woman in question which identity she prefers.

Mrs (pron. missus) – means married woman. This a term that is losing favour in more liberal circles and among professional and younger women. Mrs, many say, defines a woman in relation to her husband. It has the connotation of someone with less control over their life who is happy to play second fiddle to their husband. Mrs Karen Pence, the wife of the US Vice-President Mike Pence, might embrace the title. My daughter would vehemently oppose it. Ironically, the title Mrs was once used to describe an independent, successful woman who may have been married, single or even divorced.

Miss – means unmarried. It has been used historically for both girls and older unmarried women (also known as spinsters). It is now considered old-fashioned and sexist by many as it defines women by their (lack of) marital status or relationship with men. It is used in formal situations to describe girls, but less and less for younger and older women. The term Miss is moving out of official use just as Mademoiselle is disappearing from French.

Both Michelle Obama and Hillary Clinton

opted to be Mrs, probably because they

And then there’s Ms (pronounced Mizz) – a neutral term for a woman, just like Mr is to men. Ms doesn’t indicate if a woman is married or not. Ms only began to assert itself in the 1990s. Ms is now the default title for women.

So, you would say:

I’d like to present the new member of our team, Ms Catherine Du Pont. Ms Du Pont joins us after three years in a French investment company. Ms Du Pont will take over the client advisory role and…

Or you could simply say:

I’d like to present the new member of our team, Catherine Du Pont. Catherine joins us after working for…

And you would write:

Thank for you interest in our products. I have enclosed …

Unfortunately, we have no vacancies available at the moment.

You can also indicate your preference by signing off with your preferred title:

So, as a general rule:

In a professional environment you should not address a woman as Mrs, unless she specifically asks to be called Mrs. As stated above, the default title for a woman today is Ms.

At the same time it should be noted that both Michelle Obama and Hillary Clinton opted to be Mrs, probably because they didn’t want to alienate older and more conservative voters.

The Washington Post editorial board calls her Ms Clinton but has also run several stories that call her Mrs Clinton.

The New York Times automatically refers to women as Ms until they express a preference. The Times believes Ms is more “progressive”.

The term Ms can be traced back to the 17th century. It was originally an abbreviation of mistress which then meant “the lady of the house”.

In the early 1900s, The Republican newspaper in Springfield in Massachusetts USA wrote:

There is a void in the English language which, with some diffidence, we undertake to fill. Everyone has been put in an embarrassing position by ignorance of the status of some woman. To call a maiden Mrs is only a shade worse than to insult a matron with the inferior title Miss. Yet it is not always easy to know the facts… Now, clearly, what is needed is a more comprehensive term which does homage to the sex without expressing any views as to their domestic situation, and what could be simpler or more logical than the retention of what the two doubtful terms have in common. The abbreviation “Ms” is simple, it is easy to write, and the person concerned can translate it properly according to circumstances.

The term didn’t stick. It was re-floated in the 1950s but only took off in the 1970s. Feminist advocate Sheila Michaels began advocating for Ms in the early 1960s.

Ms is here to stay. So, if you wish to speak English

correctly, both linguistically and politically,

is a term to learn and use.

Marvel Comics introduced Ms Marvel a female version of Captain Marvel in 1968.  But the title leap-frogged into the vernacular when Gloria Steinem, US activist and feminist organiser, heard Ms Michaels singing the praises of Ms during a radio interview. Steinem decided the term Ms would be perfect for a new magazine for women she was in the process of co-founding.

Ms. magazine (see photo above) was launched as a one-off insert in New York Magazine in December 1971. It sold 300,000 copies nationwide in eight days. It generated 26,000 subscription orders and over 20,000 reader letters within weeks.

Ms has taken some time to achieve its ascendancy. In the 1980s journalists (at least in Australia) were expected to ask women if they preferred to be called Ms, Mrs or Miss. By the 90s, Ms was the default title. The Oxford Dictionary has this definition:

a title used before the surname or full name of any woman regardless of her marital status (a neutral alternative to Mrs or Miss): Ms Sarah Brown.

If you are not sure, then simply ask

the woman in question

which identity she prefers.

Ms is here to stay. So, if you wish to speak English correctly, both linguistically and politically, Ms (once again, that’s pronounced Mizz), is a term to learn and use.

I suggest you master Ms (pun intended) as quickly as possible. There’s a whole other level of titles knocking loudly at the mainstream door.

As well as Mr, Mrs, Ms, customers can choose from 10 non-gender specific titles (see below).

Ind – an abbreviation of individual

M – an abbreviation used in France

Misc – an abbreviation of miscellaneous

Msr – a combination of Miss and Sir

Myr – used in other parts of the world

Pr – an abbreviation of person, pronounced “per”