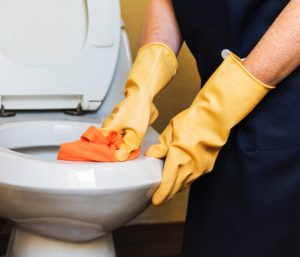 Cleaning your apartment is no LOL (Laugh Out Loud) activity. Kneeling in the bathtub, scrubbing pesky dirt rings is more of a FML (Fuck My Life) experience.

No-one knows this better than the global giant of cleaning products, Procter & Gamble. The multi-national has applied in the USA to patent four textspeak expressions – WTF (What The Fuck), LOL (Laugh Out Loud), NBD (No Big Deal) and, wait-for-it, FML (Fuck My Life) – for use in their niche markets of soaps, detergents, cleaners and air fresheners.

Procter and Gamble (P&G) wants to share the angst of younger floor-polish-carrying consumers and mop-up their dollars.

It’s not such a gamble. P&G has already given us Mr Clean, (you may know him as Monsieur Propre), the sexy gay and straight icon of sparkly floors and benchtops and the follically-challenged.  He’s made cleaning sexy (well, that’s probably a wee exaggeration). He’s also an international brand monster, so lithe and lily-white, that he appeared during the Super Bowls telecast last year.

At this stage the applications have not yet been approved. Media reports say the trademark office has requested clarification and P&G has until January to respond.

But can a company or entity own our common expressions? Surely language is free and belongs to us all?

Well, yes and no. Celebrity Paris Hilton was able to trademark the expression “that’s hot”.

Welsh footballer Gareth Bale successfully trademarked a heart symbol he made each time he scored.

The singer Taylor Swift trademarked various lyrics from the album 1989, including “this sick beat”.

But many attempts have failed. WTF has attracted more than 100 unsuccessful patent applications.

Companies, like P&G, seek the exclusivity to use a phrase or a word only in connection with a certain product, in this case dish-washing liquids, air fresheners and all-surface cleaners. Similarly, Gareth Bale’s trademark heart celebration can only be used for his clothing, footwear and headgear.

P&G’s plans for new consumer speak is part of a major shakeup of the 180-year-old-company. Last year the hedge fund Trian Partners bought a $3.5 billion stake in the company and then secured a seat on the board for its head Nelson Peltz who has been critical of the company’s old-style culture.

If they do succeed in launching ‘FML! but my bath is clean’, sales in the younger demography might go up. Twitter will definitely light up and expressions like WTF will be disinfected and purged of any questionable cultural value.

(Mind you, my 16-year-old son described LOL and WTF as old-fashioned).

The company certainly has the muscle to clean up big-time. P&G spent more than $7 billion worldwide on advertising during the fiscal year 2016/2017.

If the mammoths have their way, we will be all popping our dentures into a glass of WTF (White Teeth Forever) on the bedside table and having a sly old toothless chuckle as we slip on our pyjamas.

Yes. It all sounds a little OTT.