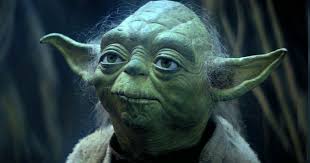 In the second quarter the US gross domestic product expanded by 4.1 percent. This in no way proves any success of President Trump’s economic policies, even though the number is strong.

A wise advice for an analyst of economic data could be «on the figures of one quarter never exclusively focus you shall». Economic growth is volatile as the figure below shows. This is due to all kind of temporary economic factors, as well as the unavoidable limited precision of data.

A growth of 4.1 percent (annualized) is far from unprecedented. During the Obama presidency the economy experienced four quarters with growth above that value. It’s always pleasant, but nobody made a big fuss about it, and rightly so.

If we want to assess the economic record of a President, we need to look at data over some length. A previous blog post did so, and the figures below show the actualized data. In terms of GDP growth, Trump remains moderately below the average compared to other Presidents. The decrease in the unemployment rate is not spectacular. In fact only the stock market is doing well. But this is not surprising. The big corporate tax cuts have led firms to buy back their own stocks, thus pushing prices up. 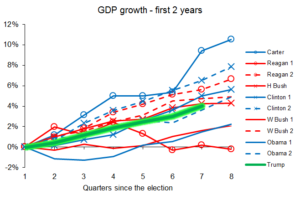 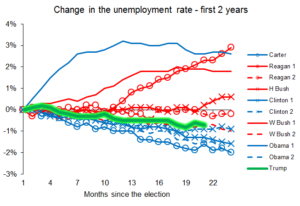 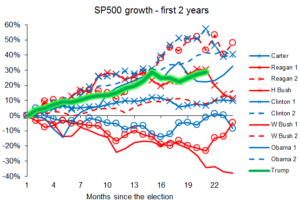