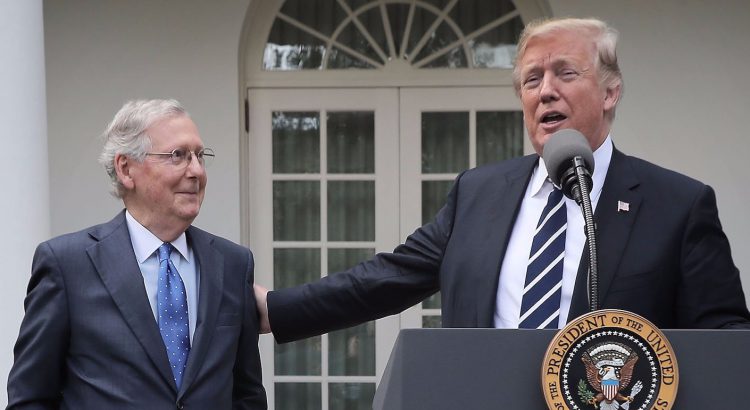 If I had been asked to design a plan maximizing the fiscal deficit while minimizing the economic gains, I would have proposed the one just adopted by the US Senate.

This reform massively lowers taxes on corporations and the wealthiest households, passing the bill to the vast majority of households. At best, they will just get some temporary tax cuts to sweeten the pill.

A deficit without any stimulus

The budgetary deficit from the tax reform will do little for growth. A large body of economic research has shown that fiscal stimulus works, under very specific conditions. The strongest effect is reached by measures targeted to households who will spend the extra income instead of saving it, or measures in support of growth-promoting investments such as infrastructure. The Senate plan goes in the opposite direction.

The wealthiest households will not increase their spending. US corporations are enjoying high levels of profits as shown below. They are not facing any funding constraint that would hold back their investments. 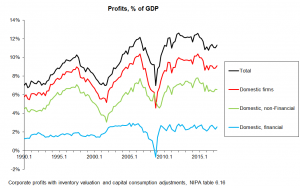 In terms of infrastructure, the plan goes in the wrong direction. For instance the tax bill of students will increase as scolarships will be considered as taxable income.

Sleepwalking towards the next crisis

These tax cuts take place in an environment of loosening of economic regulation. In addition to formal changes, the atmosphere is one of a conciliatory attitude of regulators towards firms, in particular in finance.

We may well be headed to a sequel of the subprimes crisis in one form or another. Except that when the problem will blow up the US government will have much less financial spare room than it did in 2008.

In the end the most vulnerable ones will pay

The next chapter of US fiscal policy is not hard to guess. The very same people who pushed for the tax cut despite the impact on the budget deficit will come and tell us with a concerned face that the deficit is a major problem. Of course, not in order to raise taxes, no, but in order to cut public retirement and health programs.

In the end, as on the Titanic, the third-class passengers will be the one paying the heaviest cost, as shown in the figure below. At least in 1912 men traveling in first class did follow the “women and children first” rule, and paid the associated cost with 67 % of them losing their life. Unfortunately, I doubt that those of 2018 will show such a decent attitude. 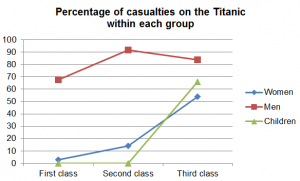