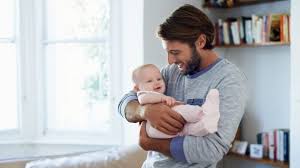 By turning down the proposal for parental leave for fathers the Federal Council lacks vision and consistence.

The parental leave would be far from weighting on Swiss public finances. The required 420 million francs per year would be covered by increasing the APG contributions (used to compensate the lost earnings due to military service and maternity leave) by 0.11 % of wages – in fact only by 0.06 % as contributions are anyway set to be reduced under current policy. This amounts to a mere 0.06 % of GDP. In “technical” terms this is called a rounding error.

Still, the opponents to parental leave fear a heavy burden for the economy. According to them, an employee taking two leaves of 20 days each during his career (which can set flexibly in coordination with the employer) would be an unbearable cost. But then, having the employee spent 3 times as many days in annual military drills, with 6 training drill of 19 days each (6 times as many days if we count the initial recruit training) does not seem to be a problem at all. If the employee rises in army ranks the contrast is even more striking. Some reasoning leave me puzzled…

Thinking again, our politicians appear to have found a magic wand to boost the competitiveness of Swiss firms. With 61’750 births annually, firms would lose 1.2 million days because of parental leave. They currently lose 5 times as many days (close to 6 million) because of military training. All we have to do is then to reduce the army training deal to lift a massive burden from the shoulders of Swiss firms. Oh well, I am not holding my breath for this to happen.

Some vision if you please

All European countries have some form of parental leave, especially in Nordic countries where the economy seems to handle this just fine. Instead of taking a step towards a better sharing of domestic obligations between men and women, politicians remain stuck in a frightened accountant attitude. What a pity, Switzerland can do so much better.